I mentioned the possible positive divergence on the SPX 60min RSI yesterday morning saying that it might deliver a strong bounce and well here we are. I have a W bottom target in the 1462 area on an open over 1444, but realistically this looks like a setup to retest the highs: 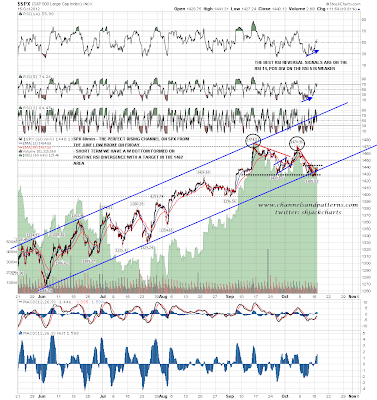 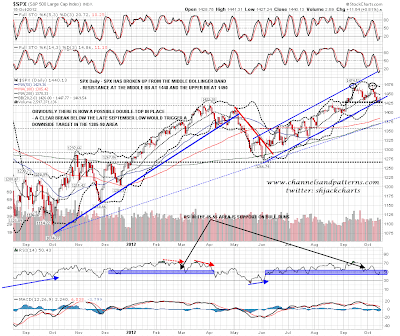 Looking at ES we have a clear W bottom that has broken up with a target in the 1462 area. Decent resistance at 1444.5 but on a break over that the 1460s will look like the next stop:

Gold broke down finally yesterday and I'm expecting a move into the mid to high 1600s. The falling wedge on TLT has broken up and both of these lean equity bearish. On the bull side though EURUSD reached declining resistance from the high and has broken up through it. The obvious upside target is a retest of the highs and that obviously looks bullish:

I have major doubts that I was expressing yesterday morning that a big bull run could start from Friday's low.  The action on ES and SPX is suggesting a retest of the highs though and if ES can break over 1444.5 today I'd expect to see that happen this week. We might well see yet another strong reversal there though. For today, I'm bullish with some reservations and watching resistance on ES and SPX in the 1440s.