As you can see, the GDP numbers have been in a downtrend from January of 2010. If such a rise were to occur as forecast, it would penetrate above this trend, but would still lie within the 3-year range. It would take a higher number for the next quarterly report (for Q2) to confirm that the current downtrend has, in fact, been broken. 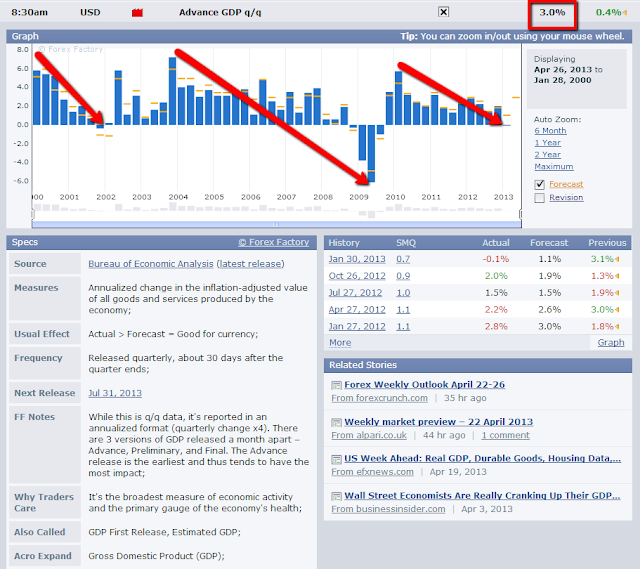 Since inflation is anticipated to have risen at such a rate as forecast, I find that ‘interesting’ in view of what I wrote about here (the BOC’s downward 2013 economic growth forecast), here, here, and here, and we may see an attempt at a bounce in Gold this week. However, any rally from its lows of last week may occur on a low-volume ‘dead-cat bounce’ (particularly on any overnight rallies) and may not be sustainable in the near or intermediate term…one to watch this week, particularly on Friday.

As you can see on the Weekly chart of Gold below, the next levels of major volume/price support lie at 1150 and 1000. 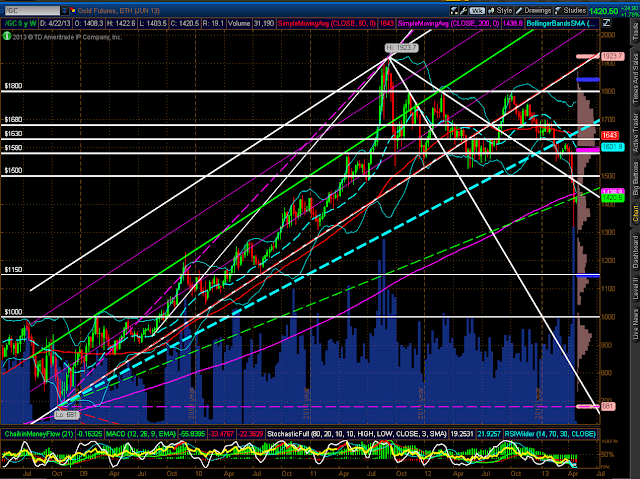