I last wrote about the Fed Monetary Stimulus “Canaries” in my post of December 16, 2014. As a reminder, I chose six of them (ETFs) in order to determine their relative strength/weakness against their respective Stock Market Index, since they may have held clues for further accumulation in riskier assets due to respective Central Bank stimulus programs.

So that we can compare their current relative strength/weakness, I’ve provided the following 5-Year Daily ratio charts for each “Canary.”

XLF:SPX — U.S. Financials ETF (XLF) has, basically, traded lock-step with the SPX. A recent breakout has failed and brought price back below major resistance. We’ll need to see price retake the 0.0121 level, first, then 0.0122, if XLF is going to resume an outperformance of the SPX…however, the RSI failed to make a higher swing high relative to the higher swing price high, so I’m doubtful that we’ll see the XLF move higher before it, potentially, retests the 200 MA. 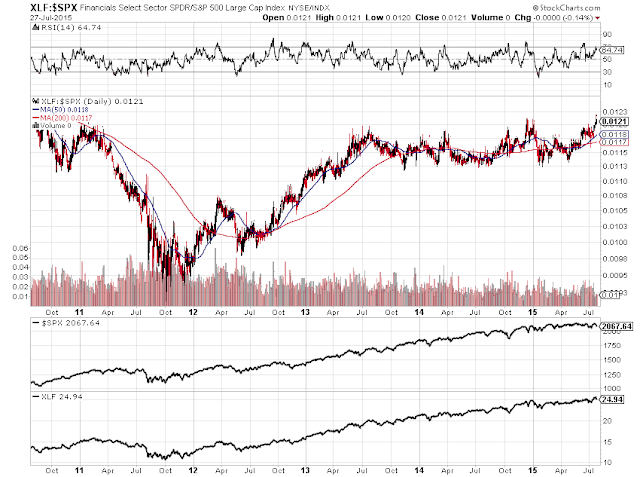 EUFN:STOX50 — European Financials ETF (EUFN) was underperforming the European Index (STOX50) until mid-March of this year, but has rallied and has consolidated in between the 50 and 200 MAs. Price action is still under the bearish influences of a moving average Death Cross formation, so it is subject to reversal if it fails to break out and hold above major resistance at 0.0073 and a bullish moving average Golden Cross forms. 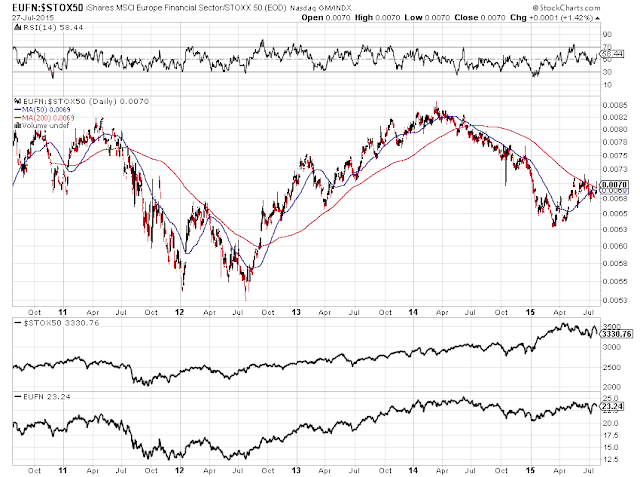 GXC:SSEC — Chinese Financials ETF (GXC) has drastically underperformed the Shanghai Index (SSEC) since July of 2014. The shockwave that I warned against in my above-noted post did occur in this ETF, but had the opposite effect on the Index, once the major support level of 0.025 was broken…however, once the last support level of 0.022 was broken, we started to see the Index weaken and, ultimately, implode. A strong Index is only as good as its financials to support it, in the long run, so we’d need to see price reclaim (and hold above) 0.025 and higher; otherwise, I’d look for considerable weakness ahead in the Index, as I warned here. 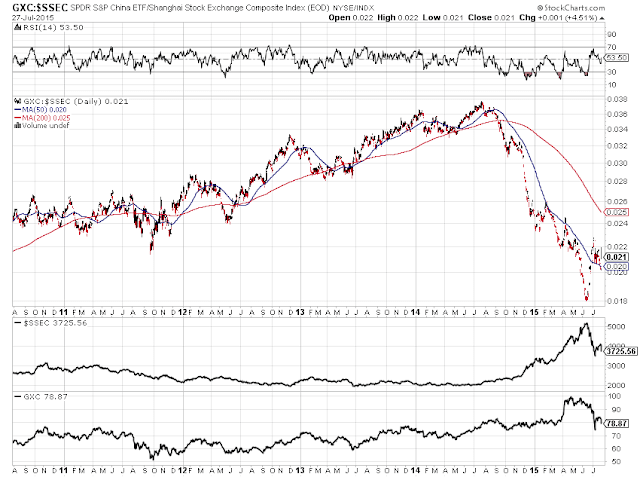 XHB:SPX — Homebuilders ETF has, essentially, traded sideways (along with the SPX) since January of this year. We’ll need to see a solid breakout and hold above 0.0180 to convince bulls that this ETF was going to outperform for the remainder of this year…we may see a brief pop until such time as the Fed raises interest rates. 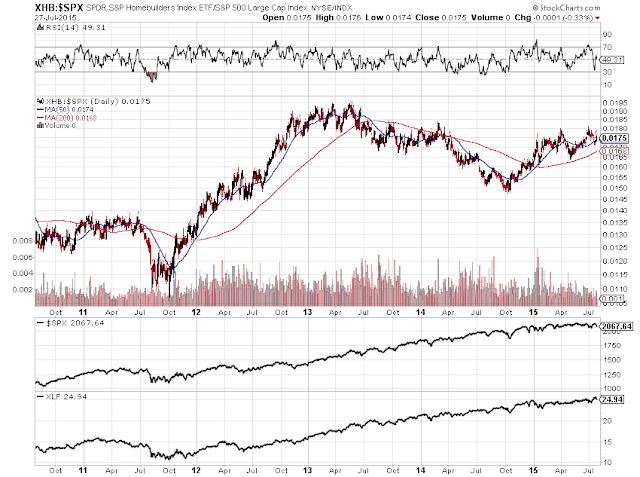 RTH:SPX — Retail ETF has outperformed the SPX since mid-June of this year, after retreating from its highs in March. So far, price has retested and failed to break out and hold above those highs, which it will need to do in order to regain its leadership…otherwise, it’s in danger of falling back to its 200 MA, or lower (to erase all of its gains for 2015). 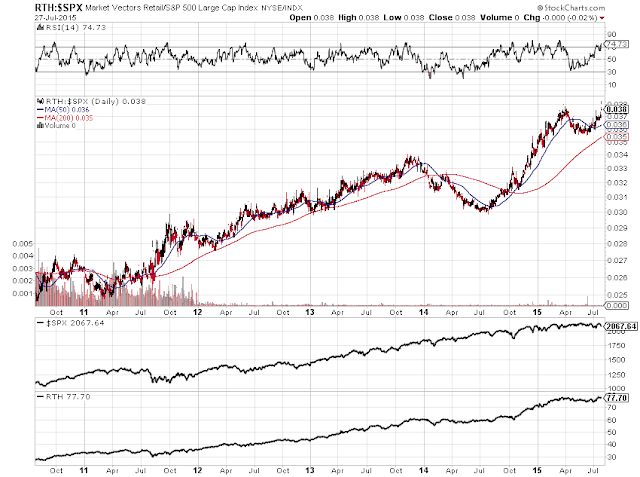 EEM:SPX — Emerging Markets ETF has continued to underperform the SPX and has, in fact, broken below this year’s major support level. Once again, we see price under the bearish influences of a moving average Death Cross formation…price would need to reclaim (and hold above) 0.022 and a bullish moving average Golden Cross form; otherwise, we could very well see an acceleration of downside pressure occur on EEM. 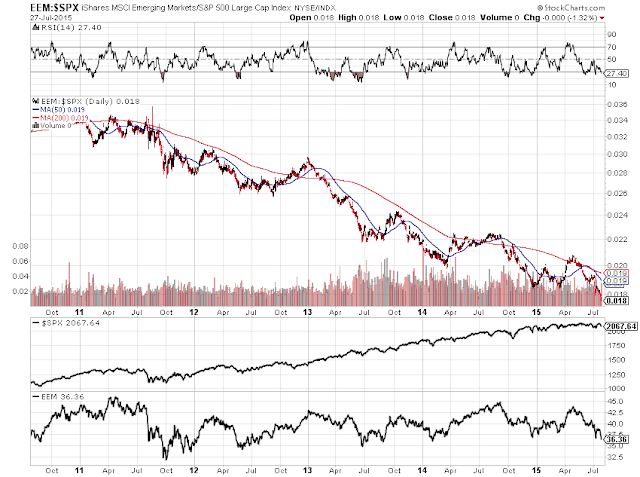 It would appear that these six “Canaries” are about to fall (further, in some cases) off their perch…charts worth monitoring to see where the cracks begin or widen to suggest that the effectiveness of these Central Banks’ policies has run its course.