The British Pound has taken another beating overnight as results of the U.K. general election were released last night.

Theresa May’s Conservative government lost the majority held prior to the election, and the U.K. is now left with a hung parliament. 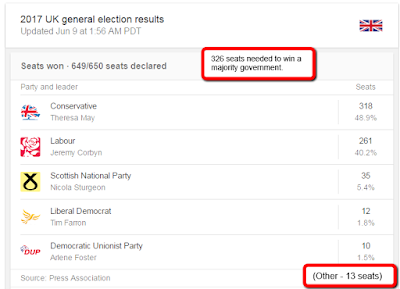 The Pound had risen in anticipation of a larger Conservative majority being elected; however, given the fact that this government has now been weakened ahead of Brexit talks that will be proceeding within the next 10 days with the EU, the future strength of this currency is in limbo.

Any meaningful (and sustainable) strength would, first need to see the 1.3000 level regained, followed by 1.4000. Otherwise, I think that price will continue to bounce between 1.2000 and 1.3000 for the foreseeable future. A drop and hold below 1.2000 could see a catastrophic plunge occur. 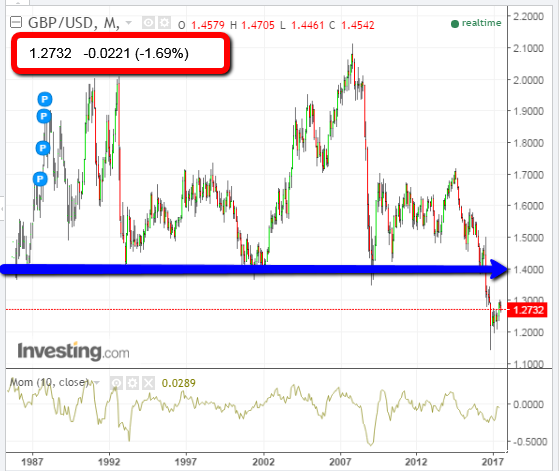