The following two monthly charts show that 10-year Treasury Yields ($TNX) are on the rise.

The first chart shows that it has popped above the upper edge of a very long-term downtrend channel and is headed for near-term major resistance at 30.00.

The second one shows that price has broken above a -1 standard deviation level of a long-term downtrending regression channel.

Whether or not 30.00, if reached, would have any real negative impact on equities, may be looked at in context as to where it was at its height in 2007 (just prior to the financial crisis) and the economic conditions in play at that time, compared with current conditions (as well as the financial soundness of the major banks).

In any event, we may see some volatile swings until, either, this very long-term downtrend is broken by a breach (and hold) above 30.00 (and its last monthly swing high at 30.36 set in December, 2013), or it resumes and drops back into the channel shown on the first chart and below the -1 channel deviation on the second one…two charts worth monitoring over the coming weeks/months. 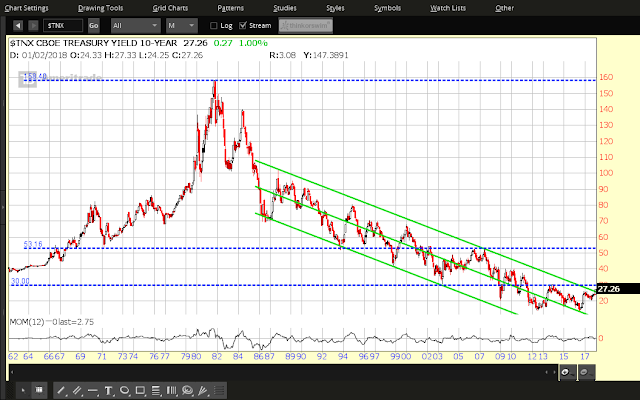 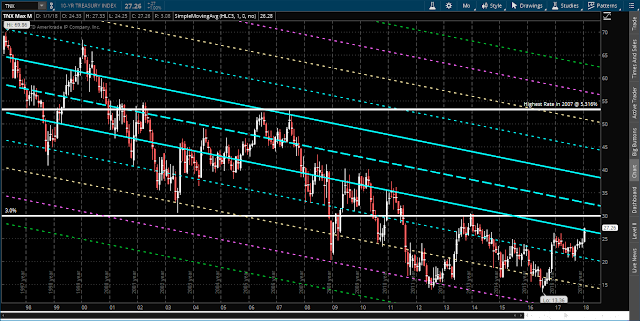