I’m going to start with a tale from about 180 years ago. In the early 1840s, a religious leader named William Miller believed the second coming of Jesus was foretold in the Bible with mathematical accuracy, and using a myriad of verses and tidbits from the Bible, he sought to compute as closely as possible when exactly J.C. was going to come back.

At first, he didn’t offer anything very exact:

Using an interpretive principle known as the day-year principle, Miller, along with others, interpreted a prophetic “day” to read not as a 24-hour period, but rather as a calendar year. Miller became convinced that the 2,300-day period started in 457 B.C. with the decree to rebuild Jerusalem by Artaxerxes I of Persia. His interpretation led him to believe and promote the year 1843. Despite the urging of his supporters, Miller never announced an exact date for the expected Second Advent. But he did narrow the time period to sometime in the Jewish year 5604, stating: “My principles in brief, are, that Jesus Christ will come again to this earth, cleanse, purify, and take possession of the same, with all the saints, sometime between March 21, 1843 and March 21, 1844.”

After this huge range came and went without any Messiah showing up, one of the associates in this movement decided to double down with an exact date:

In August 1844 at a camp meeting in Exeter, New Hampshire, Samuel S. Snow presented his own interpretation, which became known as the “seventh-month message” or the “true midnight cry”. In a complex discussion based on scriptural typology, Snow presented his conclusion (still based on the 2300-day prophecy in Daniel 8:14) that Christ would return on “the tenth day of the seventh month of the present year, 1844”. Using the calendar of the Karaite Jews, he determined this date to be October 22, 1844. This “seventh-month message” “spread with a rapidity unparalleled in the Millerites experience” amongst the general population.

Followers anticipated the events of this day with much excitement, some selling all their worldly possessions in order to be embraced by their savior. At the risk of spoiling any anticipation, I’ll tell you now that Jesus, once again, didn’t bother showing up. This event became known among the religious followers by the understandable moniker The Great Disappointment.

The funny thing is that, in spite of a fair number of pissed-off adherents in that religious movement, over the course of time, two big things happened. First, several re-interpretations allowed the followers to reach other conclusions, including one which stated that Jesus had, in fact, “returned” on that precise date……………but he was invisible. 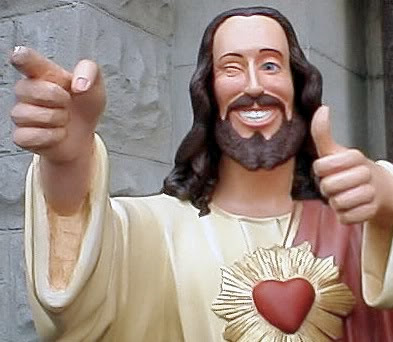 The second surprising outcome was that the remains of the “Millerites” banded together and formed the Seventh Day Adventist Church, which has over 20 million members today. So, again, a prophecy was offered……….a specific day was named………..absolutely nothing happened……..and yet the followers were more committed than ever.

And that, my friends, is what I am reminded of when I think of a certain publisher of financial newsletters which uses a certain method of analysis that interprets financial charts with letters, numbers, and “wave labels” (which get re-labeled an awful lot). There’s no reason to name names, because my point is a more general one. For the sake of this post, I’ll just refer to this publisher as RL (which is short for “Re-Label”, which they excel at).

I’ve been receiving the publications from RL for many years, starting around 2007. That timing was unfortunate, it turns out, because RL pretty much talks about how the stock market is doomed all the time, and by reading RL’s work in 2007 and 2008………..and seeing the market absolutely fall to pieces………..it was easy to conclude that, Holy Lord, these people are like magic. Everything they are saying is happening exactly as they said. (I didn’t stop to wonder why they weren’t running the world’s biggest hedge fund, with such prophetic powers; I blame my younger self for being so naive).

One thing I noticed about RL early on is that they didn’t really an archive. You couldn’t go back and see what they were saying a year or two (or ten) and try to figure out if what they predicted came true. Because, after all, if you do financial analysis, you are in the role of a soothsayer. You’re trying to anticipate the future for profit. No one cares about the past, because the facts are already there. We all want to know what’s coming.

Keeping in mind this lack of an archive, it just so happens that, from time to time, I would print out one of their publications, just because there were instances I thought the document was particularly powerful or convincing. And that word – “convincing” – is important, because I found that, in spite of their being wrong for so long, the latest analysis would seem to intelligent, so well-considered, and so plausible – – that I was once again convinced.

So I started thumbing through these. From October 2017, they mocked the optimism in the media about the market: “Yesterday a national newspaper ran an article titled Dow Tops 23,000 and shows No Signs of Slowing. Examine Figure 53 and see if you think there are no signs of slowing“. And next to it was Figure 53 with a weakening A/D ratio beneath a sharply-ascending graph of the Dow. Drawn next to the most recent price point was an arrow heading straight down. (I’ll mention at this point that, as of this writing, the Dow is about 3,300 points higher – – and it’s been just three months. So, umm, it didn’t show any sign of slowing after all).

A couple of days earlier, on October 17, the same publisher put this headline on their newsletter: “PRICE CONSIDERATIONS POINT TO A PEAK FOR WAVE (V) JUST ABOVE 23,000“. The subhead: “A Set of Non-Extended Impulse Waves Has Been Suggesting a Peak in the 22-23,000s“. Not a lot of ambiguity there. What followed is page after page after page of beautifully-rendered price charts with complicated math formulas and a lot of Greek letters (most frequently phi, which is ϕ). It all added up to something that was very……….convincing.

The same document declares that, “In terms of time, the year 2017 satisfies a sequence of four Fibonacci durations from 1784……...” and it goes on at some length about how 2017 is the pitch-perfect date for all holy hell to break loose. I recalled, however, that the same argument was offered for 2016, with its own detailed pieces of evidence.

As I kept thumbing backwards through time, document after document, month after month, I kept seeing the same things. Charts, fibonacci numbers, lots of analogs, a lot of sentiment data, a lot of mocking of the mass media and the general public, and the consistent message that Things Are Going To Start Falling Apart Right About NOW.  And the longer I looked back, the stupider I felt for ever believing any of this stuff.

Let’s see here, from October 2009: “The stock market appears to have completed its rise from mid-March. It should now fall in a powerful decline that will eventually exceed last fall’s historic rout in technical strength and price.”

Kindly note the arrow which marks the point at which the “powerful decline” was supposed to commence. My eyes aren’t what they used to be, but I’m just not seeing it. How many hundreds of millions of dollars were lost shorting equities by using this method? How many billions of potential profits from avoiding going long were missed? It’s impossible to say.

Hey, maybe equities just aren’t their thing. How about gold? Well, from the same issue: “Relative to the yen, gold made its top back in July 2008….gold’s rise from August is mostly a result of the U.S. dollar decline….when the dollar bottoms, gold should complete its (B) wave and start wave (C) down to below $680.75.” And, a few months later, in their January 2010 publication: “Gold’s downward reversal in December is real and prices should work their way steadily lower in 2010.” So let’s peek at what gold did starting late 2009. I’ve circled the “downward reversal” that they thought was so important. I could go on, but I think you’re starting to get the idea. It seems to me this entire history of this analysis is, pardon me, a mountain of unmitigated horseshit.

The most galling of all is this quote from one of their recent missives. Brace yourself.

At first blush, those words seem sensible and wise. Read them again. Allow me to translate: “The market will top when it stops going up.” Honestly. I’m not trying to be a smart-ass. That’s EXACTLY WHAT IT SAYS.

Maybe we’re collectively discovering that Dennis Gartman is a lot wiser than he seems, because he doesn’t have to use fancy-pants wave forms. The wave conclusion comes to him intuitively.

So what’s to conclude from all this? Three things, I guess: