begin this post by again noting publicly that feel like I clowned myself yesterday in my own trading and in my lack of attention to the market at a critical point (couldn’t really be helped, but it’s the results that matter). Despite a market doing generally as expected, I was not really prepared. My macro views often prove right on while my own execution can shall we say, vary. It’s why I tell NFTRH subscribers or anyone considering the service it is best to follow the analysis, not what some faulty trader is doing at any given time.

The reason for the paragraph above is balance for the paragraphs below, in which we drive home once again the folly of listening to experts (at least the experts the media shove in your face at ill-timed junctures). I had a subscriber leave NFTRH in mid-2016 (he’s back and we’ve had a friendly review of that situation) in part because I was doggedly bearish gold and bullish the Semiconductors, which was exactly opposite to the stance of a technology expert, whose service he also subscribed to. It made me sad (for both of us) to have stuck to my convictions, but lost a subscriber while turning out to be right in my view.

So that was a personal anecdote in which an expert was involved. More generalized exceptions taken with experts have been noted here on many occasions, but none have been more glaring than with the “Bond King” Bill Gross over the years. I first became aware of Gross the media promoted contrary indicator as inflation alarm bells were going off in Q1 2011. That was when silver was blowing off, commodities were topping out and inflationary hysteria was maxed. The media put forth the ‘Bill Gross is short the long bond story’ for we non-expert peons to get emotional over.

I simply held up the Continuum and its (red dashed) monthly EMA 100 “limiter” and said err, I don’t think so. Bill Gross has been a long time resident of this chart. Ray Dalio and Paul Tudor Jones recently moved in.

Here’s a Forbes headline from the time. Perfect.

Unfortunately, I accidentally blew up biiwii.com‘s database (it’s now fool proof, which means I don’t touch the DB!) and nftrh.com was not yet born, but you can trust that I was talking about the Continuum’s (EMA 100) limiter back then and the contrary indicator that Gross’s media splashed mug would prove to be.

Then came the Great Promotion that the media put a lot of effort into in 2013. The idea was that they’d rotate out of bonds and into stocks. Ah, not so much. The bond bull resumed right on cue at the limiter and stocks entered a rough patch from late 2014 into early 2016.

More recently came this Bloomberg eye catcher as Louis Yamada drew a line on a long-term chart and instigated a headline based on this TA expert’s opinion. We had other ideas, and bonds soon began a year-long rally after this December 2016 hype.

And most recently our friends George, Paul and Ringo… Larry, Moe and Curley… err Bill, Ray and Paul were put forth for the public to get excited about. It’s not Bloomberg’s fault that Tudor Jones declared bear when he did. They just report it. But depersonalizing the whole thing, you can see the ill-timed aspects of expert opinions as they make their way to the public.

You see the date on that article? Well, TLT has done nothing but go up since then.

Seriously, in the short-term you’d have done better if you’d listened to your friends Larry, Moe and Curley. Or your friend at NFTRH, for that matter. 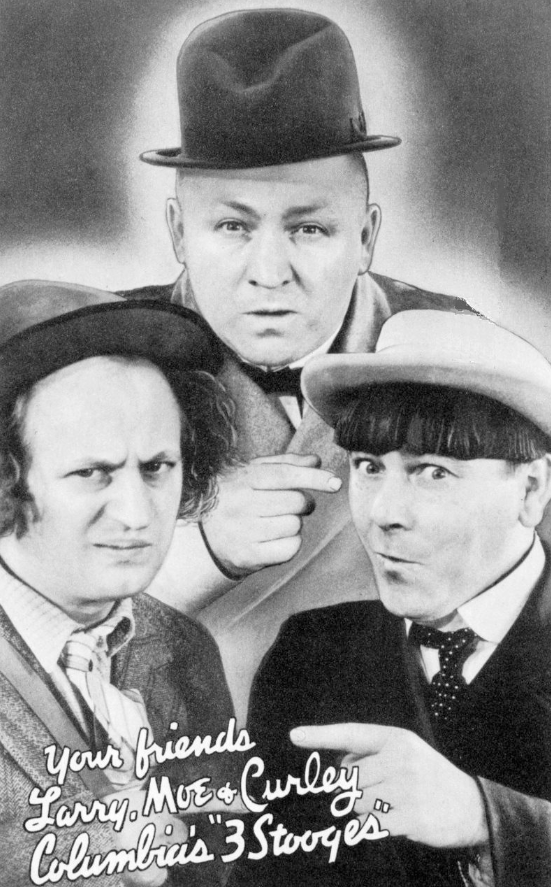 Or better yet, simply done your own work, like combining the Continuum’s warning above… with the media’s contrary indicators… with hard sentiment data, as we did.

Because what goes around comes around and now the media are offering us rational reasons why maybe the bond bull is not dead as the stock market starts to quake. In this morning’s Bloomberg article a gentleman from MFS tells some reasons why he’s reducing equity risk and allowing for a bond rally. Oh, but Joe Six Pack is on the other side of the trade? Wash, rinse repeat.

The best part is that bonds are not necessarily bullish. They were just due for a bounce. We’ll need to watch sentiment, macro fundamentals and even the headlines for expert opinions (contrary indicators) going forward in order to get through this the right way. The Continuum’s limiter is a formidable wall/gateway. But I’ve never insisted it must hold forever. It must however, be respected. 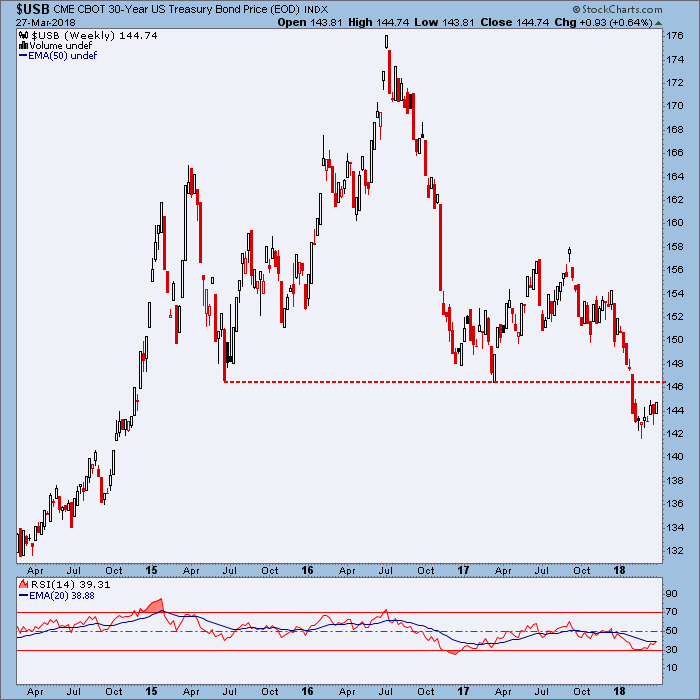 Whether it is with bonds in particular or some other asset class, at the moment you feel most emotional the media are likely to harvest your eyeballs with an expert opinion that will reinforce your emotions. You should probably think about moderating that impulse at such time.