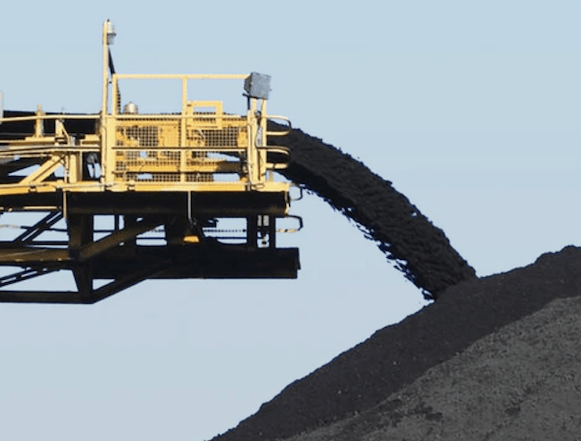 My definition of Stagflation is ‘inflation that works to impair the economy’ (as opposed to appearing as a benefit as it does early on) and the problem is gaining momentum in India (and China).

I usually make fun of MSM sources like CNBC (MarketWatch, etc.) with their dumb, herd scattering, eyeball harvesting headlines. But this stuff is real. Per this post on my coal holding BTU…

“I know as much about coal for energy and steel making as I do about nuclear thermal propulsion. That is, basically nothing.”

Well, now I know more. Every once in a while men who stare at charts…

…need to get out a little and see or at least read about the real world.

“Given India’s massive dependence on thermal power, we might see domestic coal suppliers diverting their supply to the thermal power plants away from industries like steel, cement etc,” Societe Generale’s Kundu told CNBC by email. “Any which way, there will be a short-term dent in activities.”

“There is a likelihood of electricity prices rising as higher priced coals would have to be imported, potentially fueling inflationary pressure,” Kundu added.

Now, the question of whether the play is maturing since the media are on it is another matter. But, to this point the damage is being done and has not abated.

The combination of pandemic induced supply/demand disruptions (to coal and many other resources) and the inflation manufactured by central banks (printing too many currency units vs. said necessary resources) could continue to drive prices in the near to intermediate-term. These CBs, and especially the US Fed, are in a box of their own making.

Unfortunately, with the system in place – the Keynesian system of MMT’s macro manipulations (AKA parlor tricks) applied to unmanageable and growing debt loads – the sequence was to appear heroic at first and to figure out how to clean up a massive mess second. The inflation is entering that second thing. I wonder what other supply/demand problems await. Semi chips? Check. Coal for industry and Energy? Check. By extension of Coal, Steel? Uranium? Palladium and/or Platinum?

As the process plays out and considering another supply/demand situation gold and probably silver should find new bids as well. But that is monetary supply/demand (with silver and its plentiful supply offset to whatever degree by its dual monetary and industrial utility and gold a finite lump of value on the other side of mind boggling Trillions of paper/digital currency printed and over-supplied by governments).

I am going to guess that early Stagflation gives an appearance of being similar to stage 1 but that over time the herds slowly realize they’ve been had through taxation of a different kind and that there truly is nothing new under the sun. There is no MMT (modern monetary theory) but instead only macro tricks in the form of TMM (total market manipulation) as cooked up by monetary eggheads following a boilerplate extension of the manipulations of eggheads of yore. These people do not use forethought or in my opinion, even common sense. They simply employ what has seemed to work before, in a most myopic and bureaucratic way.