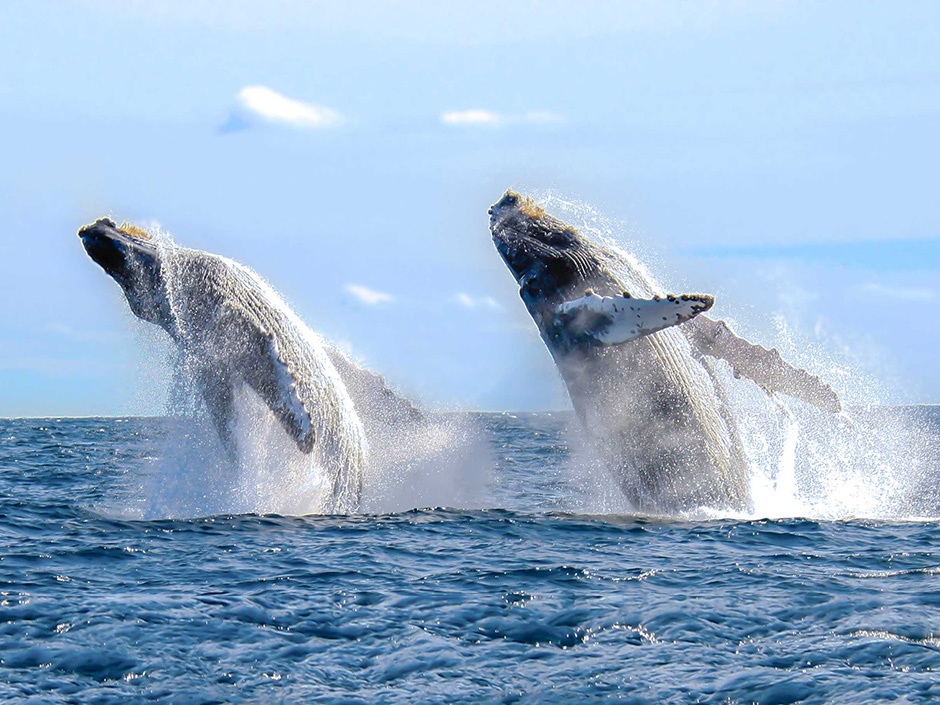 Brilliant timing being back as I am seeing some interesting developments in the crypto markets right now. Before we get to that here’s a quick update on my medical trip to Barcelona where I had my left eye operated at the world renowned IMO clinic. If you don’t care I honestly don’t blame you, just scroll down a bit to get to the charts.

Anyway, according to my doc there were no complications and the procedure was a success. In Spain that generally means the patient did not die on the table.

As the surgery was done under general anesthesia I’m however still in the process of getting my head straight.

I have no idea what they hit me with but the anesthesist wisecracked that if we would sell that stuff on the street we’d all go to prison.

No wonder I was out like a light just a few minutes later.

Two days later I’m back to wearing and eye patch for the foreseeable future – supposedly until my eye adjusts to the new position.

If it ever does that is, it’s quite possible that I’ll need a third surgery.

Okay, let’s take it from the top: 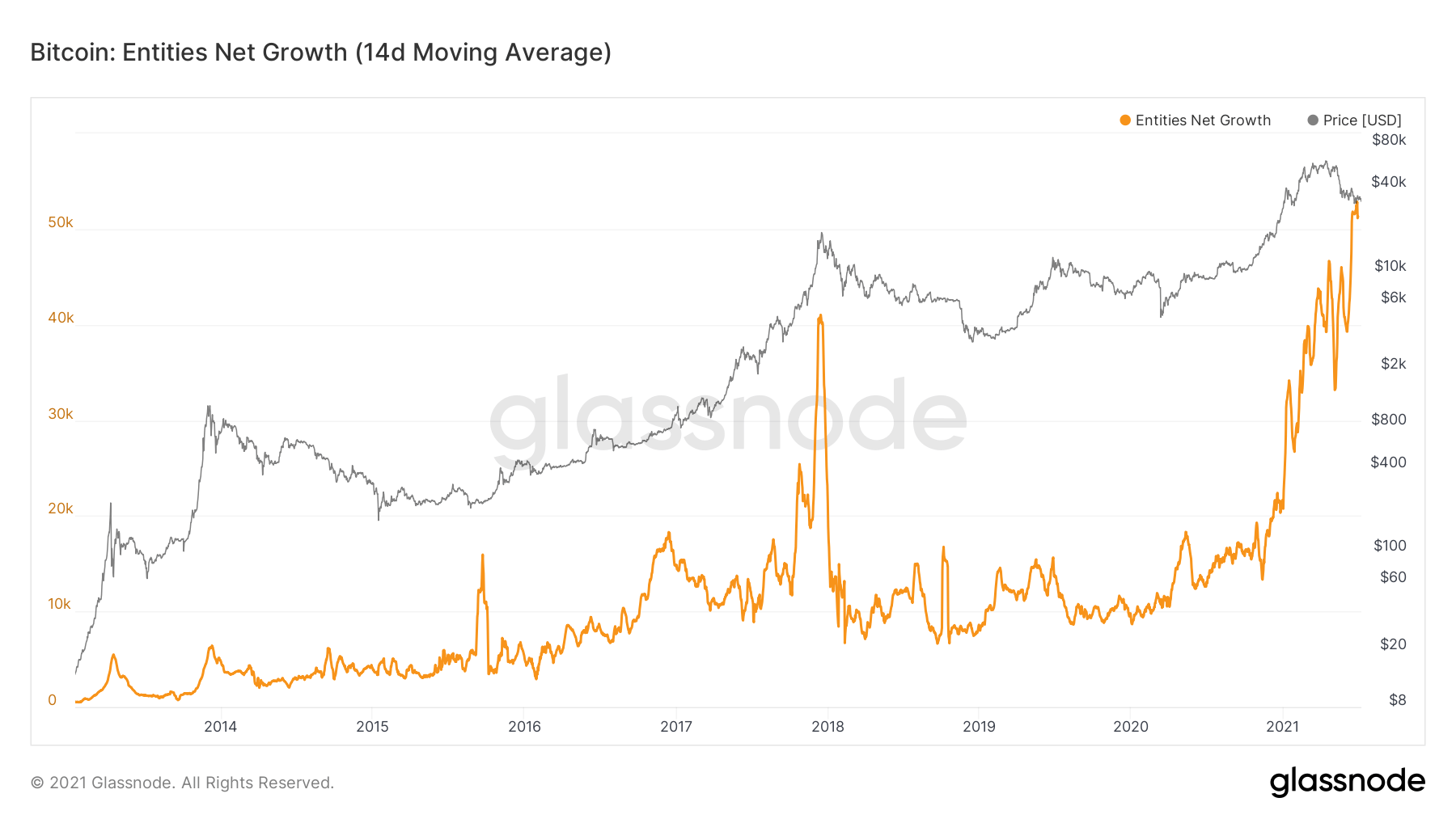 New bitcoin holders exceeded the previous 2017 peak, once again adding credence to the hypothesis that we are in a bull market correction.

Forget all the FUD you’re being served by the usual suspects – the market is buying! 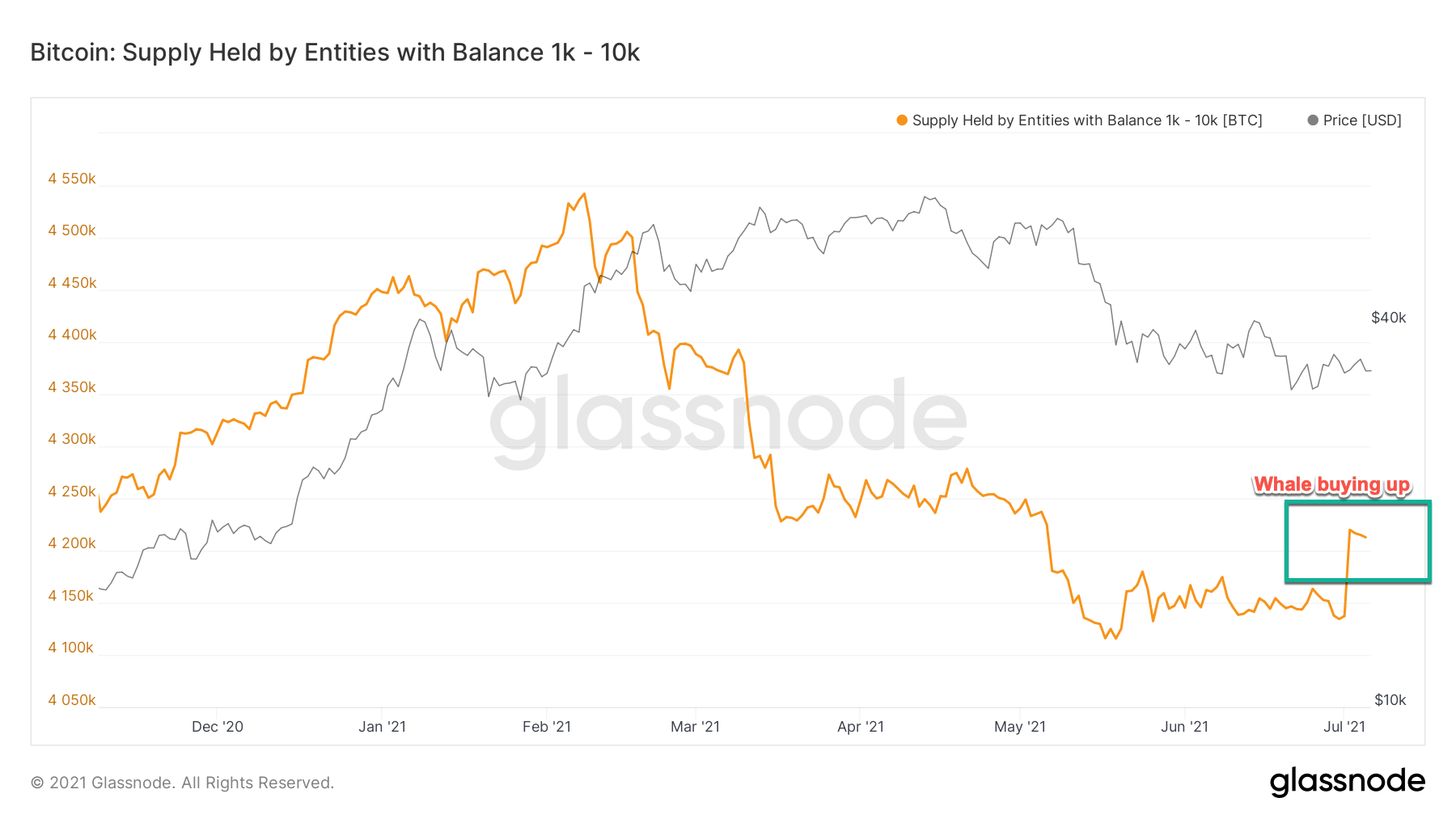 But who exactly is doing the buying?

Once again it’s the whales, that’s who! Note the significant uptick in bitcoin holders with 1,000-10,000 in holdings? 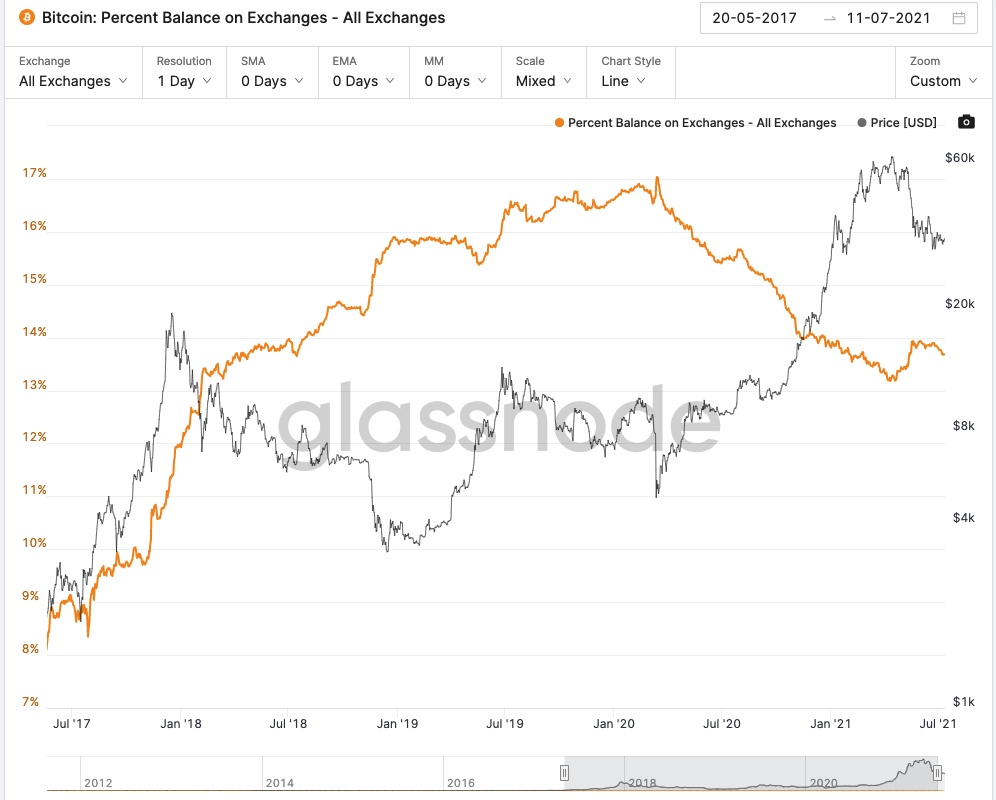 My favorite chart by far is this one. Exchange balances are starting to drop again, which is crucial. Because if you want to sell a coin you have to move it onto the exchange.

TL;DR – a drop in the signal is bullish (see how the signal dropped consistently until BTC slipped on Elon’s banana). 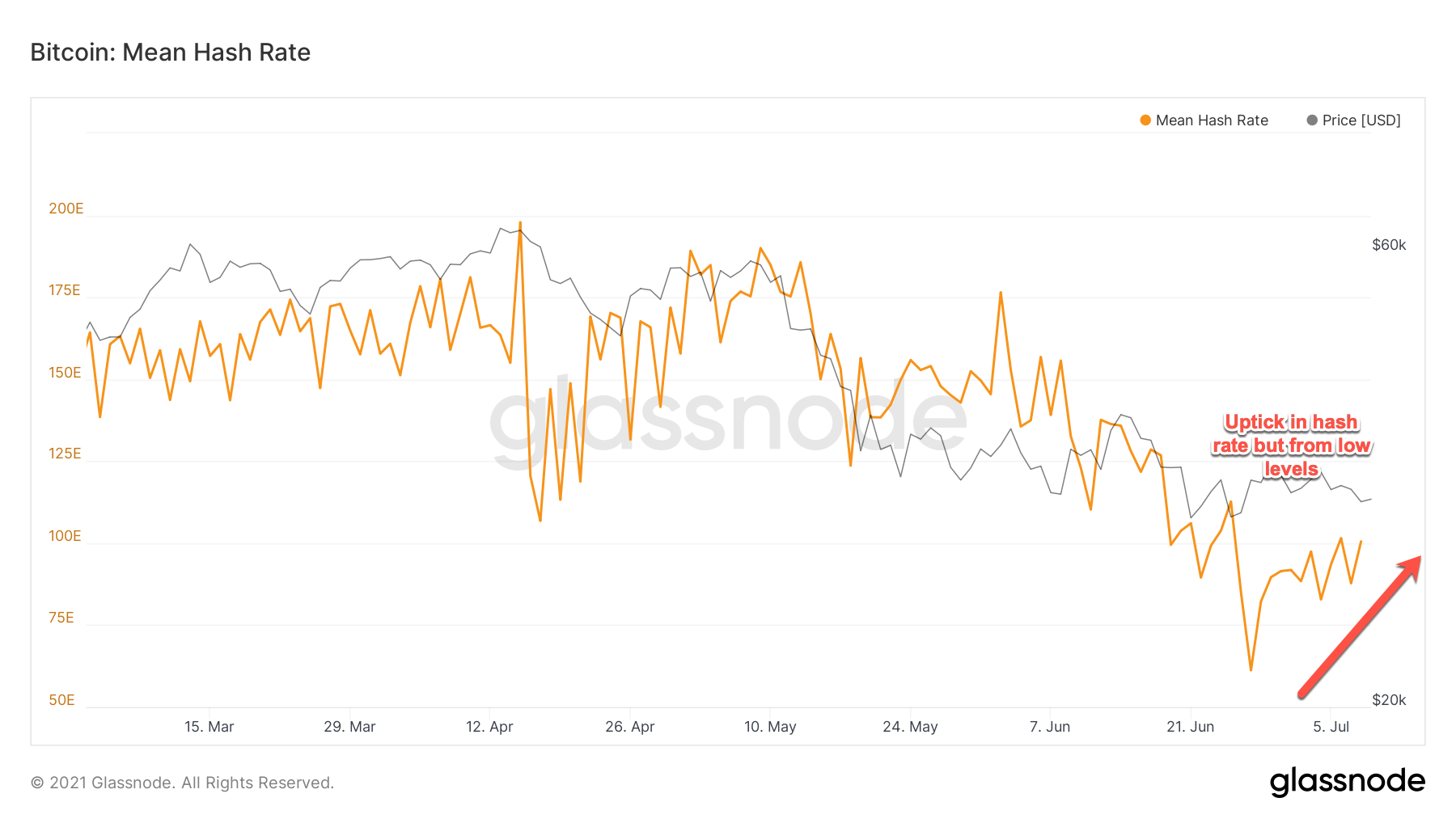 Meanwhile the hash rate has dropped to historic lows (courtesy of the CCP) but as miners are re-organizing it’s starting to pop higher again.

All in all the market has felt boring for the past few weeks.

During the peak I checked my crypto charts several times a week. I was excited like a kid on Christmas morning every time.

After returning from my surgery in BCN I suddenly realized that I had not even looked at any of them since last week.
That’s usually a good sign that it’s time to pay attention again.

Because contrary to what the mainstream media keeps telling you the best time to invest is at the boring end of the sentiment scale.

Translation: If you have the brass balls required for crypto investing then NOW is the time.

And you can learn all about it right here.

Happy hunting but keep it frosty.

https://slopeofhope.com/2021/07/the-whales-are-back.html
The Whales Are Back!