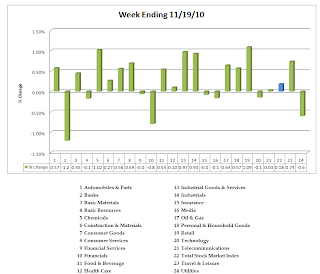 Let's take a look at a WEEKLY chart of Total Stock Market Index that includes the volume@price bars: 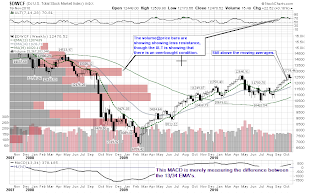 The markets continue to work off overbought conditions.  As we saw last week, the market is still very fragile to news that surprises regarding sovereign debt. It is also worth noting that for the first time, bonds and stocks have diverged.  TLT has fallen with a falling stock market.  So while the flight to safety might be in the USD, it is not going into treasuries. I have created for you a chart book with the daily, weekly sector charts in addition to the table of 148 industries sorted by performance as well as short interest per sector.  It is a large file, so please be patient with the download.  You may access it here. 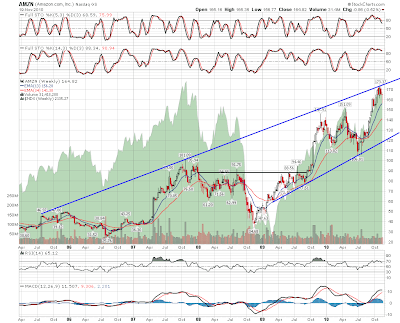 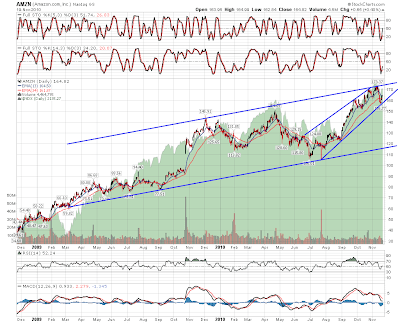 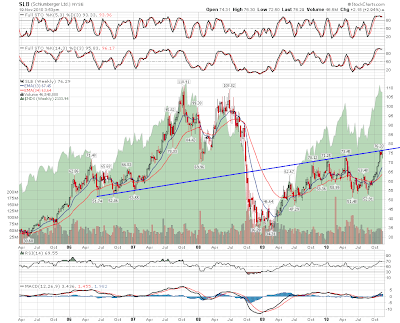 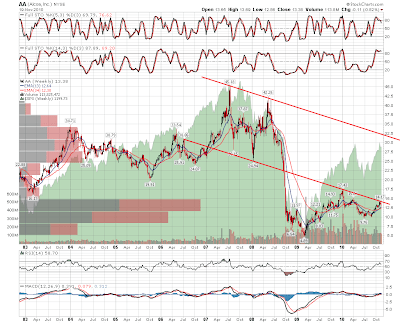 I’ve been extremely busy recently, and just realized that I haven’t made a post or called my mother in a long time. She’s probably worried sick.

I’m currently on tour with my Christian death metal band “Aborted Baby Lucifer”, our fans call us “ABL” for short. We sing about doing charity work, loving each other, flying back to medieval times to abort the devil before he is born and has a chance to reign hellfire upon people of earth, abstinence, spreading the good word and disemboweling demons. Pastor Lloyd just told me we have two more months until the tour is over, so I hope to be posting more once things settle down a bit.

When I’m not shredding on stage, I’ve been ripping the forex and futures market. I haven’t been very comfortable trying to swing trade stocks or index ETFs long or short the past couple of months, and I wanted to focus more on my day trading skills.

Psychologically, this is much better for me right now at this point in time. I really have no idea where the market is going; I think we could just as easily go to 1350 as we could 950 here. Anyone who tells me we are "definitely" going to the extreme in one direction or another within the next couple of months, I ignore totally at this point in time. I’ve seen traders in chat rooms and on websites flipping back and forth every two hours; some seem to have been infected with bear or bull disease in their brains right now and refuse to let go of a position when it is wrong, because “the market has to crash and burn” or “the market is going to 1500”. When they lose; they blame Bernanke or Goldman, and tell themselves we have a rigged market. Those dudes need to chill out, turn off their computer, put on some "ABL" and think about using hard stops. Personally,I don’t know shit right now, so I’m happy taking some coins on a daily basis if I can get them.

One thing that has caught my eye is the EUR/CHF currency pair. This is one I have been day trading and built a longer term position around. Really nice looking inverted head and shoulders, with an ideal target of 61.8% retracement around 1.5 . Will take some profits at 50% retracement if it gets there.

Another one I’ve been trading a bunch is the AUD/USD pair. This one has had a heck of a rally, and a nice pull back. Another small inverted head and shoulders could be forming. Been having a great time long and short with this one.

I don’t like correlations, so I am playing currencies independently of the markets. I don’t care if the dollar rallies or collapses.

Remember last year at this time when it was “all about the dollar”… Then the dollar started to rally and it did not stop equities. Correlations work like everything else, until they don’t. I think every market should be played separately

ABL has a wedding to play Saturday in Tampa, then a church service in Jacksonville Sunday morning. So I’m outta here!

PPS: Taz, don't bother asking about the chicks… Death Metal has fewer groupie babes than you would think. Christian Death Metal = even less, especially when you preach abstinence on stage.