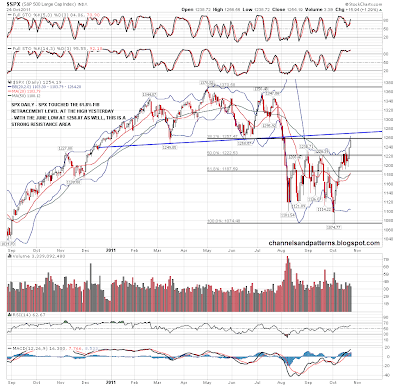 Obviously equities are very short term overbought, and are hitting key resistance here. Will we see some retracement at least? Perhaps, and I'm watching a short term support trendline on SPY for an indication: 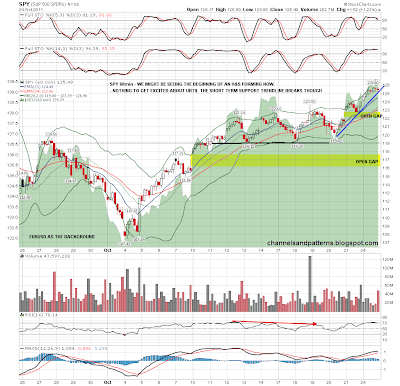 I'm only really looking for some retracement here however, as the other markets I'm watching don't look encouraging for anything more. The Vix bear flag I was looking at yesterday has broken down. It still needs to break through the last low but once that happens I'd expect more downside which would be bullish for equities: 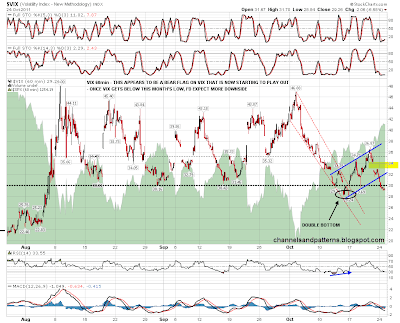 30yr Treasuries have broke down from the rising channel. I've been looking at downside targets and the first is strong support and the potential H&S neckline at 135. If that breaks then the technical double top target is in the 132-3 area: 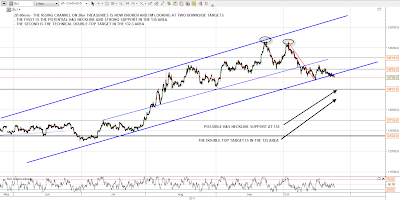 Copper put in a very impressive 6% move up yesterday and may now have put in a tradeable double bottom: 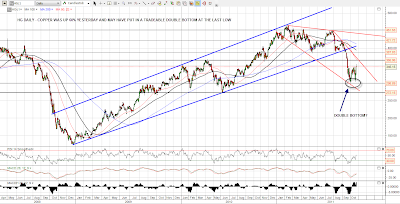 I'm still looking doubtfully at the IHS on EURUSD, though it has formed nicely and broken the neckline. There is one strong resistance trendline left just over 1.40, and that might yet hold. The eurozone is such a mess it's still hard to take this bullish setup seriously: 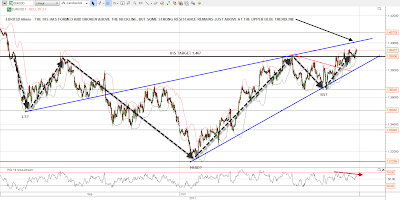 I mentioned yesterday that there were some large H&S patterns that might take several months more to form right shoulders and one of those is on EEM. As you can see EEM, like copper, has been much slower to recover so far than SPX, and my ideal target for the right shoulder top is still some way above at 43: 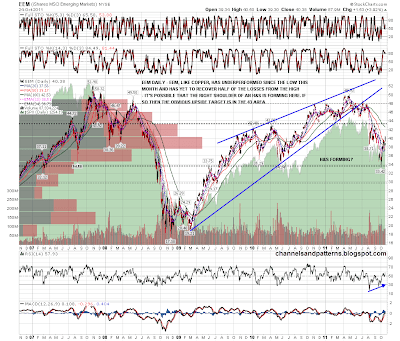 I was asked yesterday why I had become more bullish as this interminable wave up has moved higher, and the reason is mainly that the other markets that correlate positively or negatively with SPX are almost all looking as though this move has further to go. That doesn't mean that we won't see pullbacks, and there's a decent chance that we'll see a pullback very soon from yesterday's highs, which were at some serious resistance. Cobra has put the case for a pullback soon very well in his post last night, mainly based upon NYMO and that's well worth a read. You can see that here.