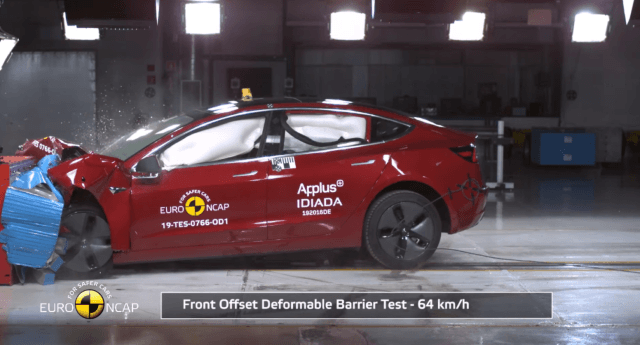 Did S&P 500 Inclusion Work Against Tesla?

In our last post (Navigating The Bitcoin-Tesla-Ark Risk Cluster), we mentioned Lilly Francus’s theory the S&P 500 adding Tesla (TSLA) to the index would stabilize Tesla.

We didn’t catch it at the time, but our friends at Squeeze Metrics offered an opposite prediction last December.

Is Tesla Doomed By S&P 500 Inclusion?

Our system, which estimates returns over the next six months, was bullish on Tesla as of Friday’s close. Time will tell if it’s right, or if Squeeze Metrics is right that no further returns are possible for Tesla as an S&P component. But we remember what happened with Tesla last year. The same gauge of options market sentiment that makes us bullish on Tesla now (and has led to a 15-week streak of our top names beating SPY) made us bullish on it on February 13th, 2020. By March 23rd, Tesla had tanked nearly 46%.

That wasn’t the first time Tesla shares had crashed sharply before hitting new highs. Because of Tesla’s past volatility, we have consistently recommended longs hedge it. We shared optimal hedges for Tesla near its high back in January.

Crash Protection Kicks In For Tesla

In January, we presented two ways Tesla shareholders could protect themselves in case Tesla shares collapsed. Since then, shares of Tesla are down more than 18%.

Let’s look at how the hedges ameliorated that drop and briefly discuss courses of action for hedged Tesla longs now.

On January 4th, this was the optimal put option contract to hedge 100 shares of Tesla against a >25% drop by mid-July.

Note that the cost of the put protection was fairly high: $10,960 or 15.02% of position value (the app calculated it conservatively, using the ask price of the puts).

Let’s look at how that hedge has reacted to the 18% drop.

How The Optimal Put Hedge Has Reacted

Here’s an updated quote on those puts as of Friday’s close (via CBOE):

If you were willing to cap your upside at 49% over the same time frame, this was the optimal collar we presented in January to hedge your Tesla shares against a >25% decline by mid-July.

Here the cost was negative, meaning you would have collected a net credit of $100, or 0.14% of position value, assuming, to be conservative, that you placed both trades at the worst ends of their respective spreads (i.e., buying the calls at the ask and selling the calls at the bid).

How That Optimal Collar Hedge Has Reacted

Below is an updated quote on the put leg of the collar (note that it’s at a different strike than the first hedge):

And here’s an updated quote on the call leg:

More Protection Than Promised In Both Cases

Although Tesla had dropped by about 18% from Jan 4th to March 5th and both hedges were designed to protect against a >25% drop, the optimal put hedged position was only down 11.8% and the optimal collar hedged position was down 9.1%. In both cases, the time value of the put options gave a bit more protection than promised since the hedges were structured to protect based on intrinsic value alone.

That’s up to you, and it will probably depend on whether you agree with our current bullishness on Tesla or Squeeze Metrics’ bearishness. The nice thing about being hedged though, is that it gives you options (no pun intended). A hedged shareholder doesn’t have to worry so much about how much further Tesla might drop because his downside is strictly limited. You can exit now, for a smaller loss; you can buy-to-close the call leg of your collar to remove your upside cap if you’re bullish; and if you’re even more bullish, you can sell your appreciated puts and buy more Tesla shares. In any case, you have breathing room to let the dust settle and decide on your best course of action, without the anxiety of an unhedged investor.