After dropping overnight (presumably in response to the bailout conditions of Cyprus), Copper is still trading down near its low of the day. As shown on the Weekly chart below, it has broken below a fairly major uptrend line and both of its 50 and 200 moving averages, is sitting at its Volume Profile POC and lower Bollinger Band, and is just above its lower 1/4 of a longer-term very wide sideways channel. 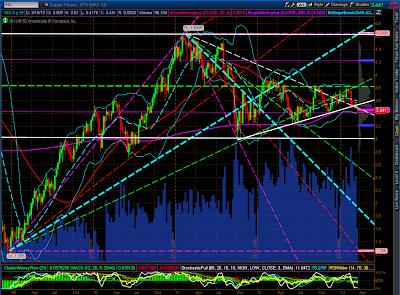 As well, should the EUR/USD drop and hold below today's lows, we could see a further drop to around 1.20. At the moment, it has bounced a bit after its overnight plunge, as shown on the Weekly chart below. 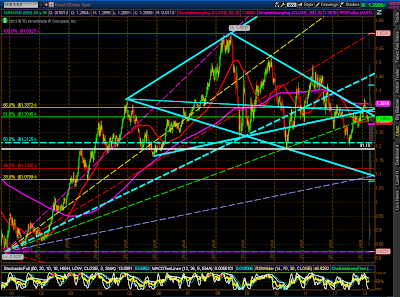 The European Financials ETF (EUFN) also gapped down on today's open and is attempting a gap fill up to its Volume Profile POC, as shown on the Weekly chart below. A drop and hold below today's low could send price down to 19.30 or lower to 18.50. 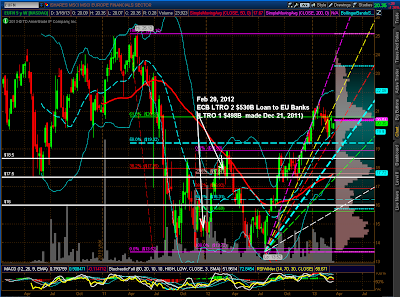 Gold has continued its safe-haven bounce, as shown on the Weekly chart below. Overhead resistance lies around 1630, while near-term support is around 1580. A resolution of either of these levels would likely see a continued move it that direction to the next level of either 1680 above or 1500 below. As long as there is a high degree of uncertainty surrounding Cyprus and the rest of the EU countries, we may see Gold continue to rally for some time. 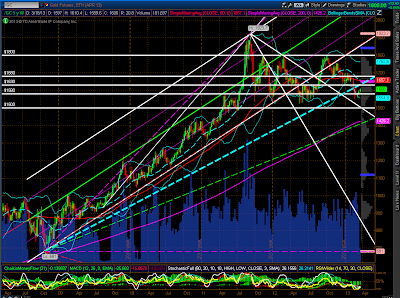 The following Weekly Gold:USD ratio chart shows the beginnings of relative strength of Gold over the US $ in last week's bounce from major support. With the various indicators beginning to hook up, we may see Gold outperform the dollar for awhile. Today's action is not yet shown on this chart, but I'll post one after today's close. 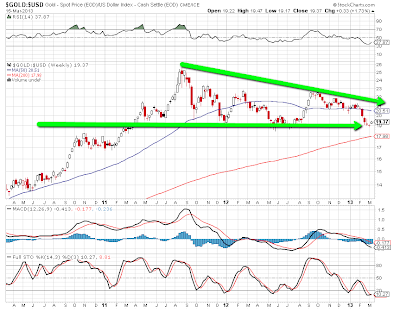 At the time of writing this post on Monday just after 12:30 pm EST, the following table shows how Major World markets have traded today…the only markets still open are the North and South American markets. You can see that the hardest hit today have been Russia, Japan, Hong Kong, China, Australia, Philippines, and Mexico. Oil services has also taken a hit. 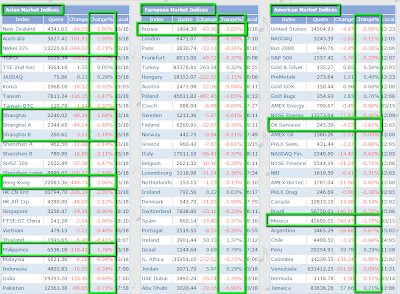 The above markets are the ones I'll be following this week to watch for further reaction to the developing Cyprus bailout situation, along with world banking stocks and indices/ETFs (as well as those markets that I mentioned in my last two Weekly Market Updates here and here). Further weakness in these could produce a drag on the rest of the world markets and vice versa.

https://slopeofhope.com/2013/03/the-penny-has-dropped-by-strawberry-blonde.html
The Penny has Dropped (by Strawberry Blonde)