Besides being a husband, father, blogger, and designer-of-new-things, I’m also a pretty decent cook. I do pretty much all the cooking at Chez Knight, and so I’m fairly acquainted with ingredients, food preparation, cooking techniques, and overall making happy eaters.

It’s therefore with special interest that I’ve been following Blue Apron, which went public last year to quite a bit of fanfare (and about which I’ve written a few times). That’s probably an understatement. I mean, hell, they draped the entire New York Stock Exchange with APRN-oriented stuff….so basically the most recognized symbol of financial strength on the planet was sheathed in Blue Apron swag. 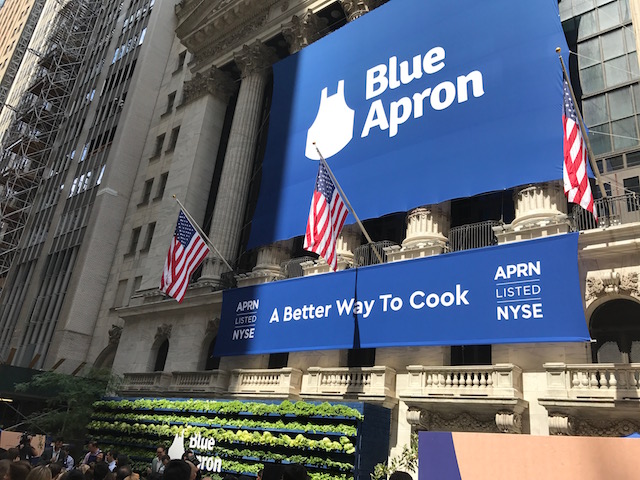 I’ve never been a customer of Blue Apron before. I don’t think they even exist out here in the Bay Area. I have, however, had a handful of “meal kits” here at the house, and I think that’s a pretty good proxy.

Meal kits are what APRN sells. The idea is simple enough: a meal kit is somewhere between cooking from scratch and going out to a restaurant. The ingredients show up, neatly packaged and proportioned, and all you have to do is follow the relatively simple instructions that come with the kit and, voila, you’ve got dinner ready for the family. 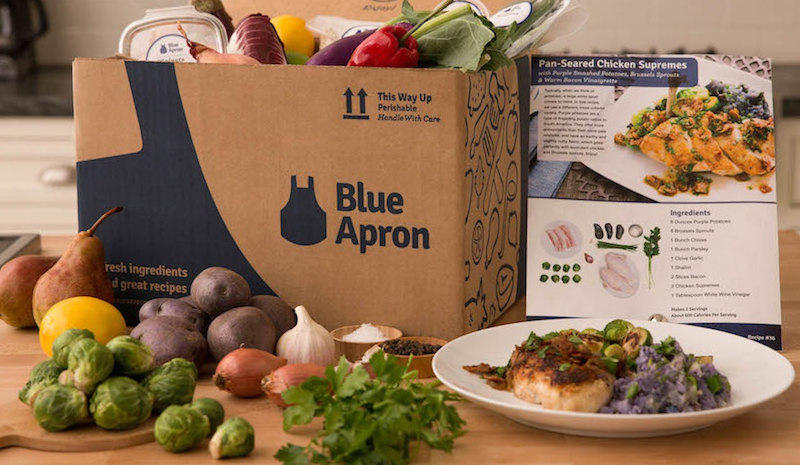 Getting the kits was never my idea. I am a do-it-yourself kind of chap. But my wife decided to give it a whirl with a local vendor, so we got a few kits.

Just to cut to the chase, I won’t be repeating that exercise. First of all, meal kits are sort of like cooking with training wheels. Cuisine for retards. Call it what you will. But the problems these kits solve are as follows:

Ummm. I guess that’s about it.

However, here’s what I discovered about these kits:

Proud fellow that I am, I considered having a meal kit delivered to me to be an insult. I’m creative enough to think of dishes, and I don’t need to be spoon-fed instructions (particularly in the hokey, gee-shucks, ain’t-this-fun kind of style that meal kit companies tend to embrace).

So it’s no surprise at all to me that the equity chart of Blue Apron looks like a pile of steaming dog crap: Let’s face it, the business concept of meal kits is stupid for the reasons I’ve articulated above, and there’s almost no barrier to entry. It’s just pre-packaged groceries, for God’s sake, at rip-off prices.

But the news isn’t all bad. At least the overpaid analysts on Wall Street have saved anyone from getting creamed by this debacle. Oh. Whoops. Not a single Sell. Color me surprised.

Anyway, I’ve got a handmade tiramisu in the fridge I’m going to extract now, so ta-ta.