Now that we’ve got our new technical infrastructure firmly in place, we’re getting development momentum again. There will be times that one important new feature rolls out each and every day. This has been one such week.

I want you to know there are now seven distincts to make use of a chart from SlopeCharts. The most obvious, is (1) viewing it on your screen. That’s pretty much where everyone else’s charts stop. But when you right-click on the chart and present the menu, you’ll see you can also (2) download the image to your drive (3) email the chart, including an optional message (4) print it (5) push the charts to the comments stream (6) or send it to your Twitter followers. There is a number (7), however, which is: 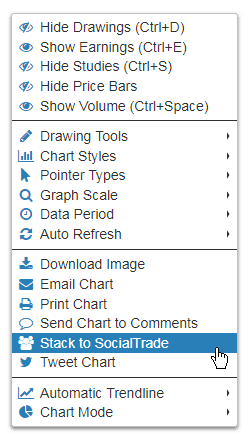 END_OF_DOCUMENT_TOKEN_TO_BE_REPLACED

Besides a small handful of extraordinarily-skilled day traders, does anyone actually LIKE this market? It’s gone totally off the rails. 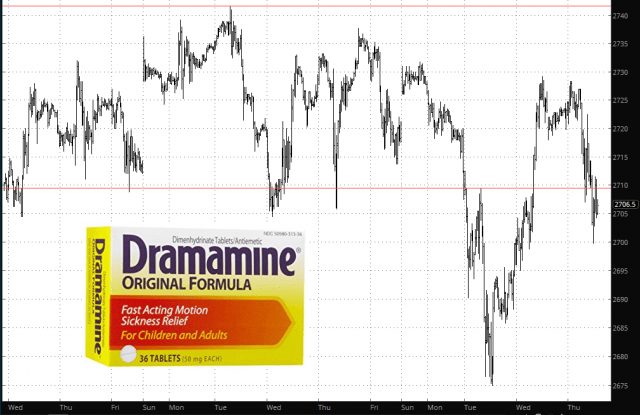 END_OF_DOCUMENT_TOKEN_TO_BE_REPLACED

Sheesh, what is with this market? Tuesday was awesome for me. Wednesday was absolutely horrible. And now today, Thursday, is going great. Could the market make up its mind? No, I’ll go one better. Have the market go down 2% daily, every day, until it is 0. That’ll suit me nicely. This up/down/up/down stuff is driving both the good guys (the bears) and the wicked evildoers (the bulls) out of their respective minds. It’s sick.

Anyway. I wanted to share a couple of unrelated short ideas (tied together by my clever post title). The first is the financial sector, XLF, which gapped down nicely where that circle is shown. This sector peaked back on January 29th, and its gap is at 27.72. I have so many bank stocks in my portfolio already, it would be redundant for me to short this one too, but it’s a cool chart. 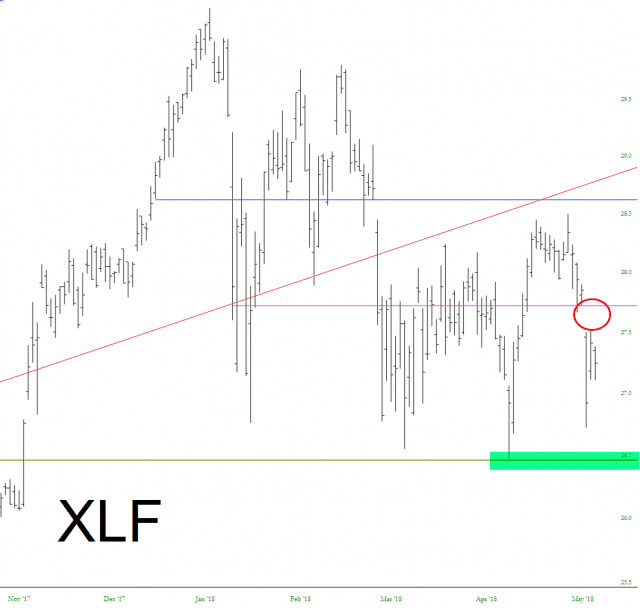 END_OF_DOCUMENT_TOKEN_TO_BE_REPLACED

It’s unclear whether momentum favours a breakout to the upside, inasmuch as the last swing high on the momentum indicator was lower than its previous swing high, in a divergence with the last two swing highs made by the price. However, this may have been intentional and meant to be used as a possible “bear trap” in preparation for the resumption of the rally that began in early April. END_OF_DOCUMENT_TOKEN_TO_BE_REPLACED