We FINALLY Got Our Pullback In GLD

Moreover, as I am reading out there in the blog-world, it seems many are turning quite negative with gold breaking below its 200DMA.  Clearly, this is EXACTLY what we want to see to strike a bottom in the complex.

As you can see from the daily chart, the RSI has dropped down to the levels from which all prior rallies have begun.  Furthermore, the GLD is now below its daily Bollinger band, yet the MACD on the daily chart is providing us the positive divergences we want to see in this 5th wave of the c-wave of wave (2).

END_OF_DOCUMENT_TOKEN_TO_BE_REPLACED

Just a friendly tip – please be sure your Notifications are set the way you want. A Sloper wrote me (a PLUS member, actually, which is even a more advanced form of the species) wondering why he wasn’t getting notified when new posts were put up. He checked his notifications and, voila, found out they were turned off. So click here to double-check that your custom settings are to your liking. 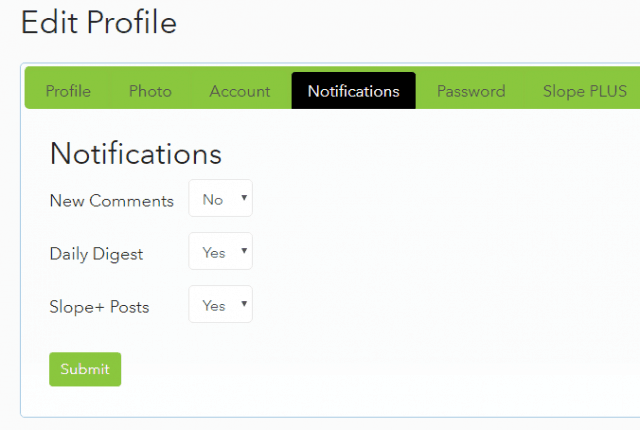 END_OF_DOCUMENT_TOKEN_TO_BE_REPLACED

What is likely happening here is that SPX is doing an ABC retracement while forming a bull flag to go higher. Wave A was the first leg down and wave B was likely the rally into the lower high that we have seen so far. What we should see next is the C leg down below the wave A low, possibly extending as low as the daily middle band in the 2679 area, before the next leg up on SPX.

However last year that’s not the way this worked. The uptrend was so strong that every time the moment came for a second leg down, SPX broke up instead. That was the 2017 playbook and I’m not expecting to see that here, but it’s on my mind as a possibility.

In sharp contrast to the likes of, say, small cap equities, one financial instrument which has been reliably sliding, week after week, month after month, continues to be the emerging markets bond fund. I have managed to lay out five successive horizontal lines indicating its diminishing levels of price resistance (typically based on a gap down). 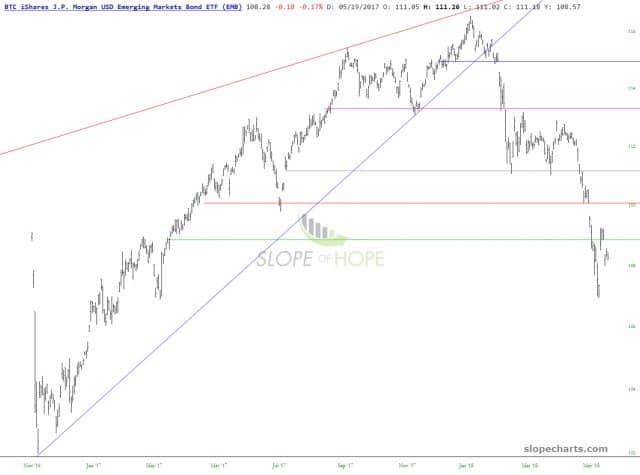