I actually like it when we get past June 20. Knowing that each day has less sun is like a gift to me. I can’t say why. It just feels like a sense of relief.

Let’s look at some ETFs together. It would make a better narrative for me to order these differently, but I’m going to be lazy and leave them alphabetical.

First is commodities, which I think will roll over beneath the red horizontal I’ve drawn. Crude oil, in particular, I believe will drag this lower. 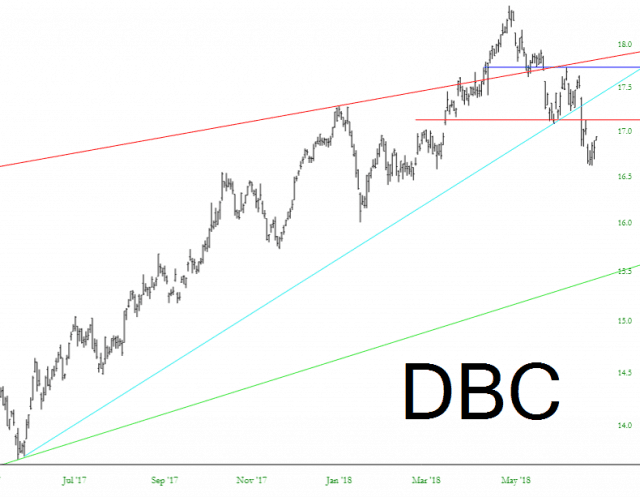 The diamonds remain in a long-term and intermediate-term uptrend. Short-term, it’s starting to gently turn lower, but as you can see from the moving averages, it’s going to take a LOT of damage to break this bull run. 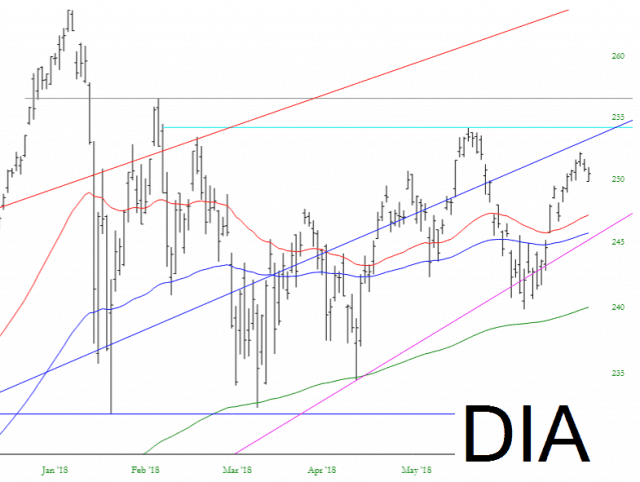 Real estate, one of my favorite sectors to short, moved explosively for months, which wrenched the EMAs into positive crossovers. I’m not a believer, though. We bounced off the apex of that broken triangle, and that, I think, is the key. 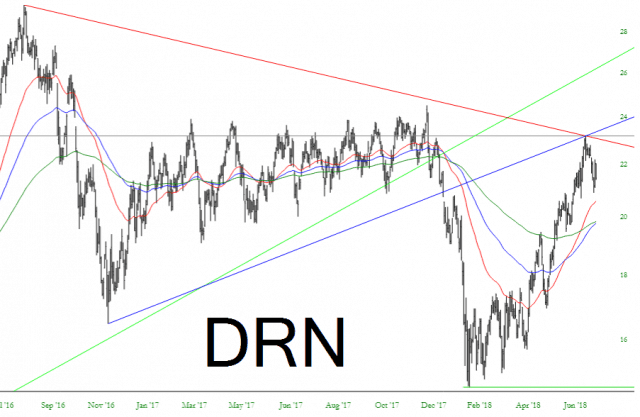 Emerging markets, too, are a hot mess. The overhead supply where that right triangle is drawn is massive, and I don’t think prices are getting back into that zone. 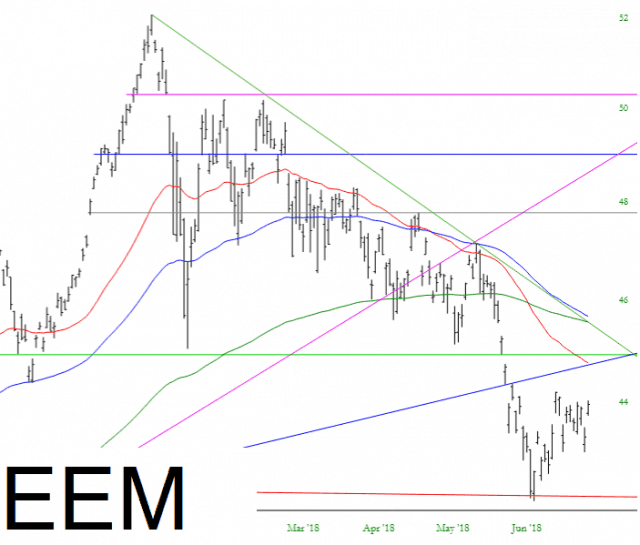 This is echoed, too, in the emerging markets bond fund, which I continue to see as one of the best short opportunities of 2018. 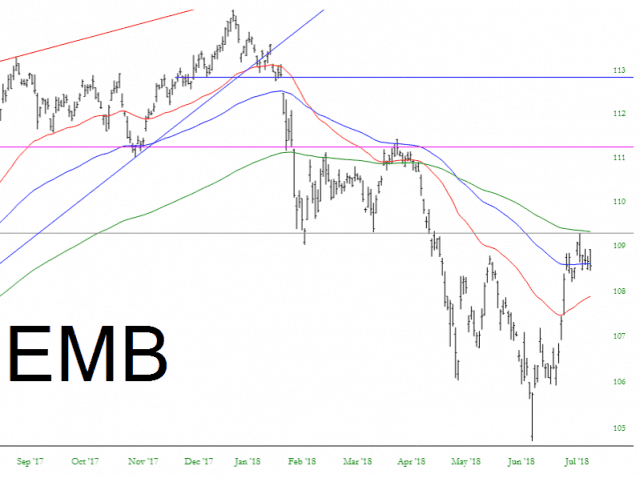 Brazil, too, exploded higher after being pummelled for months on end. Once more, the red horizontal (anchored to a gap) is the limit to this up-move, I believe. 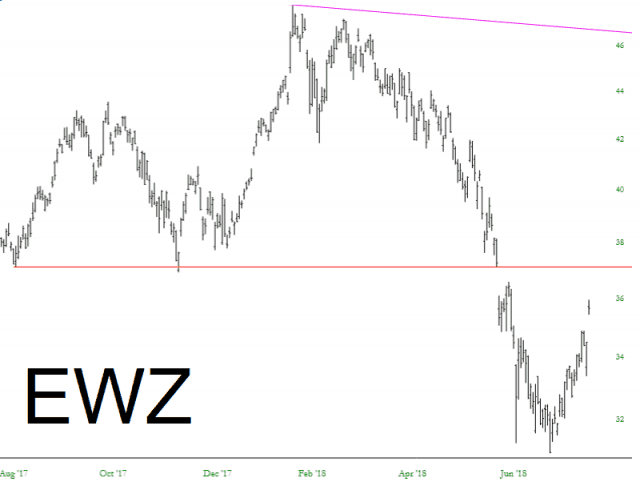 As another look at real estate, here is the non-leveraged instrument IYR, which, similar to DRN, defeated its moving average downturn but I also think is exhausted with its countertrend battle. 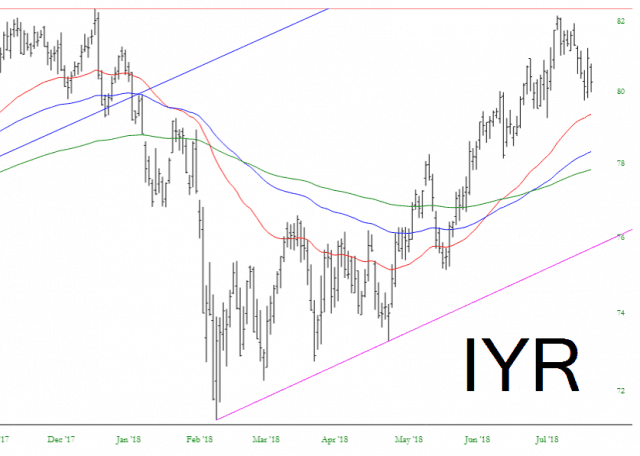 The S&P 100 ETF got terrifically close to its gap, but it turned away. Unless it penetrates that horizontal, equities continue to be at short-term risk. 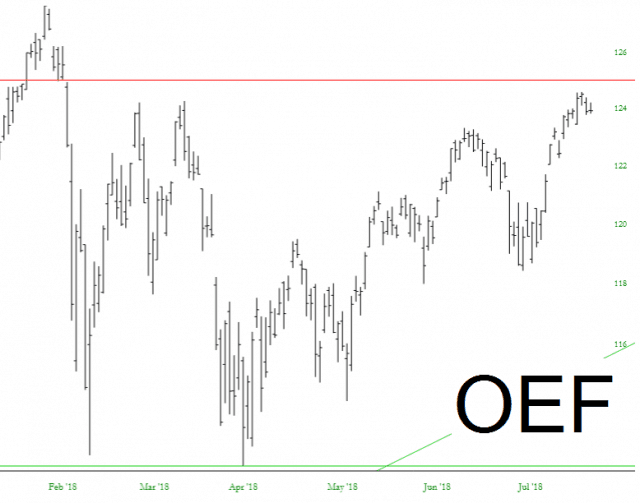 Another glimmer of hope for the pathetic, battered, bloodied bears is expressed in the tech-heavy NASDAQ, shown below with its CCI. This week is obviously key, as Intel, Amazon, and Facebook all reported. This week is going to be a whopper. 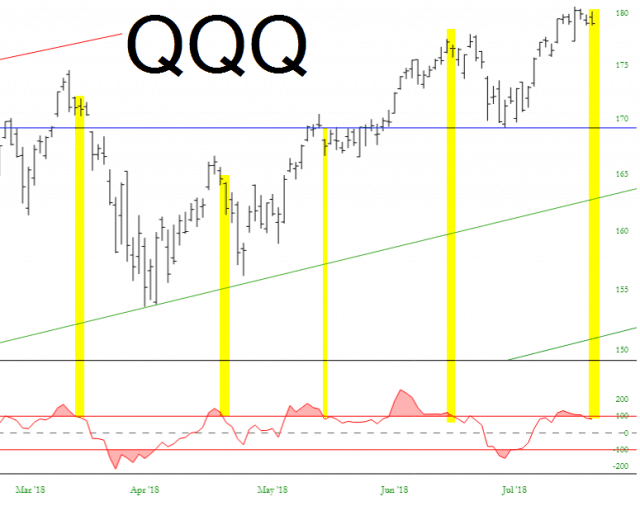 The S&P 500, unless the 100, has already bested its gap and made it over its horizontal. It needs to stay above the horizontal to maintain this bullish breakout. 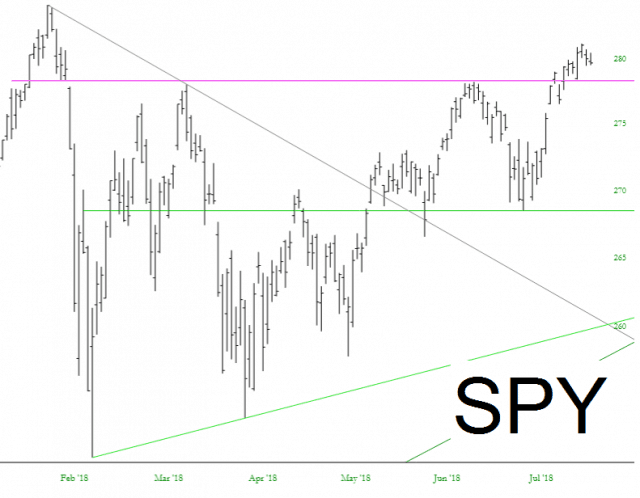 Bonds have finally broken their PSAR. As shown the last time this happened, this could be a good reversal signal. 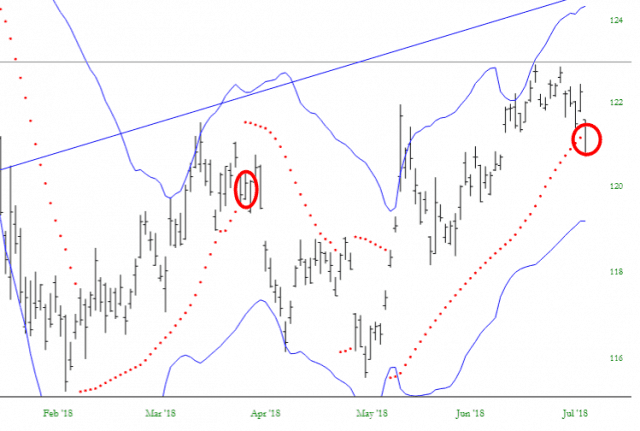 Lastly, the financials looms large as perhaps the most important sector of all. I won’t bore you with the long-term analog again. Let’s just say within two weeks we should have a much clearer picture as to what the rest of the year holds for this sector. 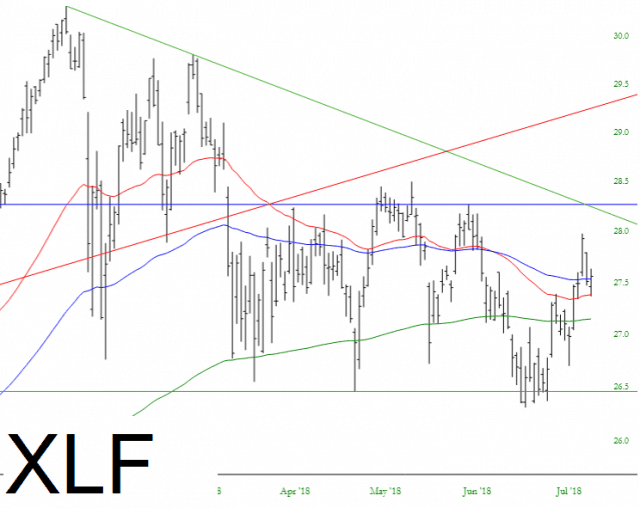