As I mentioned on my Twitter feed, some folks are going to get a little confused (and misled) by the NQ since there’s all this chatter about Netflix’s plunge and yet the NQ is bright green (at least as of this writing). What they’re missing is that, in the few minutes between the close of the regular session and the close of the GLOBEX, the NQ went plunge-a-roony. When the new “day” began, everything is zeroed out, of course, and so the gain they see on the NQ is merely a fractional recapture of the loss it had earlier (tinted below in yellow). 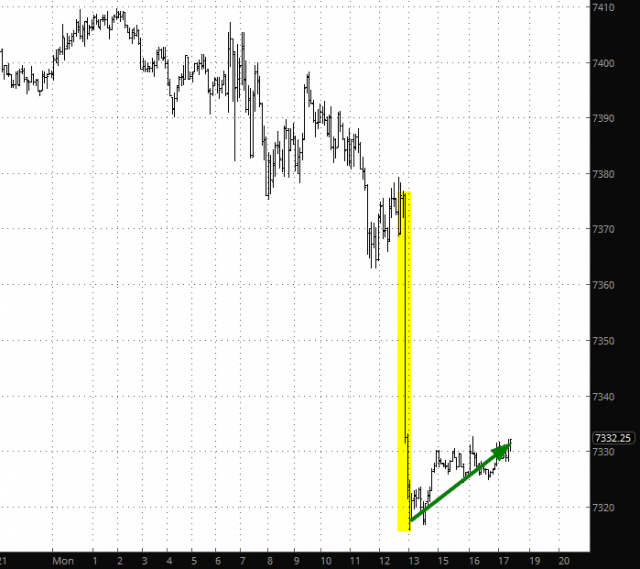 Anyway, let’s look at a few ETFs that I find interesting. First off is the triple-bullish-on-real-estate symbol DRN, which nailed the apex of it symmetric triangle and, since then, has been falling away from it. The drop isn’t big yet, but it’s a fascinating relationship prices have with those lines. 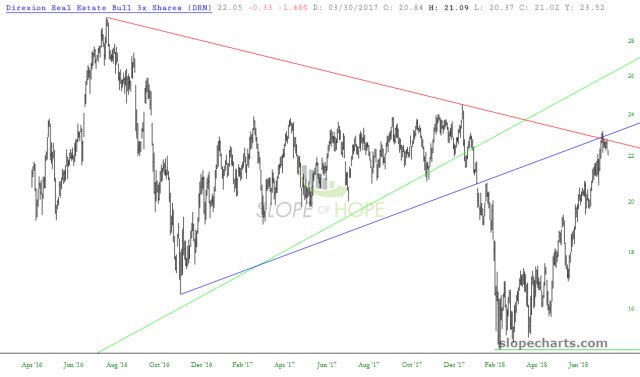 The emerging markets bond fund (EMB) has turned away from its overhead supply. There isn’t really a pattern per se, but it is definitely moving down in “stair steps”, representing by progressively lower price ranges. 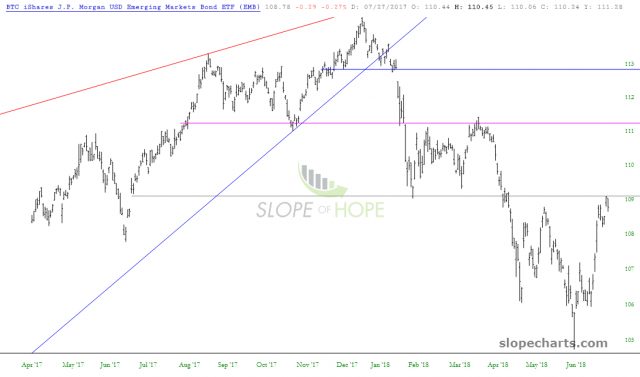 Poor old precious metals are still awful, heading toward their 8th consecutive year of lower prices. Both silver and gold, the latter of which is shown below, continue to leak out value. 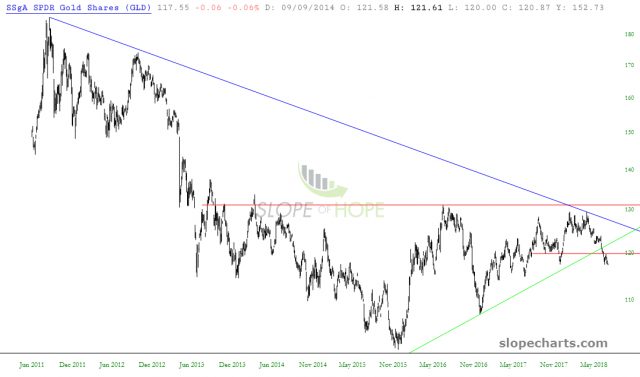 The semiconductor sector, represented by SMH, has a gap (which is the anchor point of that horizontal line). It will be interesting to see when the likes of Intel report whether we fall away from that gap or recapture it. I’m not confident enough in either direction to take a position on this one. 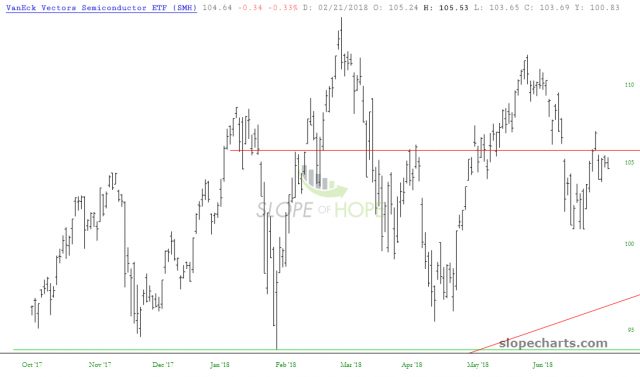 The biggest boy of them all, SPY, already broke above a bullish pattern (purple line), but I’ve put a somewhat higher line above it, just as a marker for its recent high. But, to be clear, the SPY has indeed broken above its base. 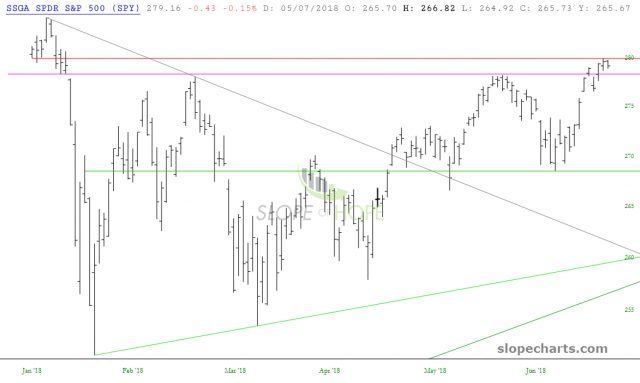 The bond market has started edging away from its own price gap. As low as we stay below the small horizontal I’ve drawn, this major topping pattern remains intact. 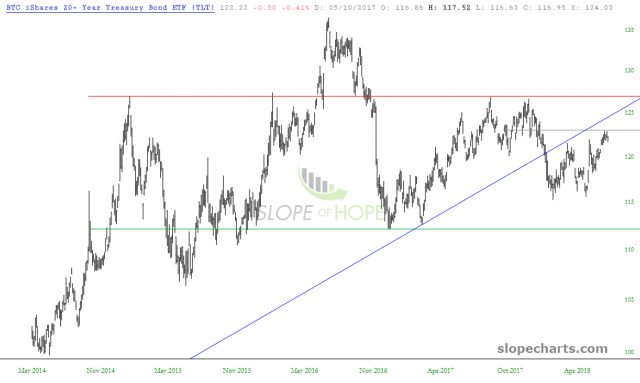 Lastly is the QQQ, which should have an interesting day on Tuesday thanks for NFLX. This, too, is rather sloppy, as it has been meandering for the entire year in a lazy ascending channel. The CCI suggests it may be time for a downturn, even if the bullish formation isn’t broken. 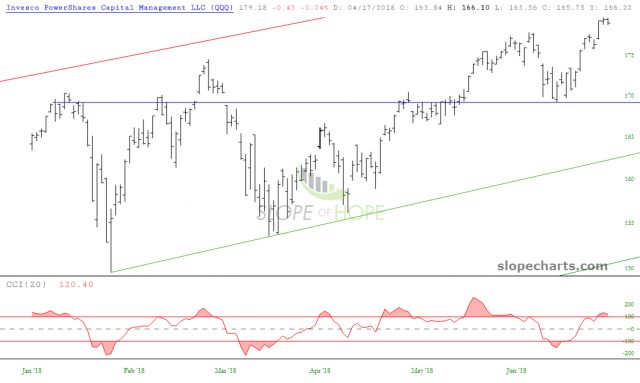