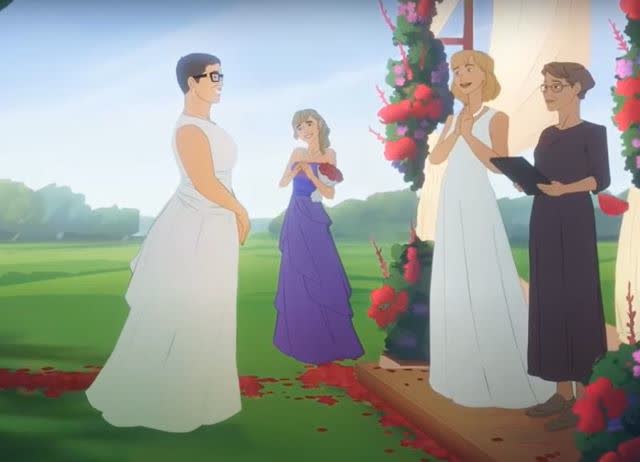 Still from a U.S. Army recruiting video about a lady soldier raised by two moms.

The Committee To Save The World

In the late ’90s, Clinton Administration Treasury Secretary and former Goldman Sachs co-chairman Robert Rubin appeared alongside Alan Greenspan and Larry Summers on the cover of Time Magazine, lauded for his perceived role in stemming a global economic contagion. 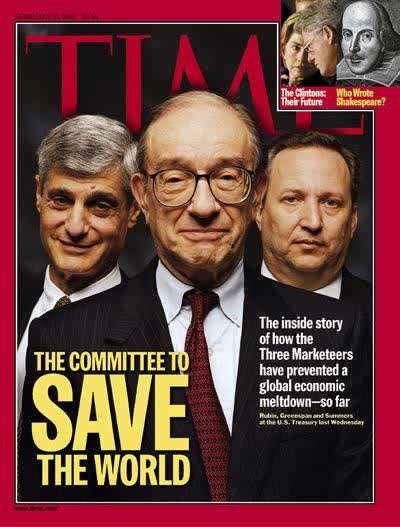 A dozen years later, Rubin was forced to resign from his sinecure at Citigroup, after the bank nearly collapsed during the global financial crisis.

Citigroup’s stock dropped by 82% over Rubin’s tenure there.

It turned out that Robert Rubin was no hero or genius in the 1990s. America just got lucky then. Increasingly, America’s elites seem to be testing our luck.

Fools, Drunks, And The USA

Bismarck is reported to have said, off the record but more than once, that The Lord looks after fools, drunks, and the United States of America. It is an old saying although in its original form children substitute for the USA, but more than once American policy has made sense only if you believe in Bismarck’s version.

America is going to need a lot more looking after.

The U.S. Military Continues Its Descent

If getting fought to a standstill by goatherds in Afghanistan for twenty years wasn’t enough to lower the U.S. military’s deterrent capability, this new recruiting ad by the U.S. Army might do the trick.

The Army turned off comments on the video, which, as of this writing has 982 likes versus 41,000 dislikes.

The video below contrasts that U.S. Army recruiting ad with recent ones by China and Russia. Comments are turned on for this one, so you can get a sense of American’s reactions to the U.S. Army ad there.

The “my two moms” Army ad is part of the U.S. military’s embrace of wokeness. Another part of that is the U.S. Air Force Academy starting a Transgender Working Group. Psuedonymous cartoonist Stonetoss highlighted a challenge trans ideology poses to military readiness: the 40% rate of suicide attempts by transgender adults.

Let’s hope our transgender troops never get tested against Russia or China.

Ending On A Positive Note

To end on a positive note, a quick follow up on one of the ideas we mentioned in our previous post (Ideas For Bitcoin Bulls). In that post, we mentioned the Bitcoin miner Cleanspark (CLSK) along with another Bitcoin-related name, MicroStrategy (MSTR):

We normally write about hedging, but if you’re a long term Bitcoin bull and are convinced it’s going to hit new highs, you might want to consider selling cash-secured puts on CLSK or MSTR here. If the stocks are below the strike prices of those puts at expiration, you’ll be obligated to buy them, but if you’re a Bitcoin bull, owning a Bitcoin miner and a company with lots of Bitcoin on its balance sheet should appeal to you. If the stocks close above the strike prices on their respective put options, those puts will expire worthless. Either way, you’ll keep the premium you collected from selling the puts during the crypto crash.

Cleanspark closed up 7.6% on Thursday, and despite that, the puts on it got even more expensive. As of Thursday’s close, the smallest decline against which it was possible to hedge it against with puts over the next several months was a drop of more than 39%, and the cost of those puts was nearly 32% of position value at the ask.

So, there’s still substantial premium in selling puts on CLSK, thanks in part to the Bitcoin volatility this week.

https://slopeofhope.com/2021/05/fools-drunks-and-the-usa.html
Fools, Drunks, And The USA