Like other members of the sane world, I have been disturbed and distressed about the latest doings of the religion of peace, as Islamic nut-jobs terrorize the gentle citizens of Paris with murder and mayhem. As a writer myself, I feel strongly about the need for uncensored speech, and to see these members of what surely must be the universe’s most psychologically-insecure religion slay satirists is deeply saddening.

And yet on Friday morning, the solution came to me in a shot. And, as with most good solutions, it comes from no less a place than Star Trek: The Original Series. Hear all now my idea:

The pilot episode of Star Trek was called Charlie X. Purists will argue that The Cage, with Captain Christopher Pike (and an oddly emotional early version of Spock) was the pilot, but, sorry, Kirk is the man, and they had to recycle the Pike episode into a two-parter later, so……shove it. It’s Charlie X. 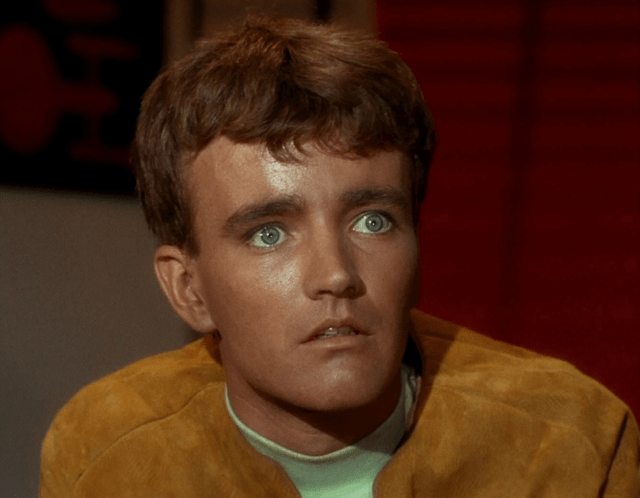 Charlie has taken over the Enterprise, and near the end of the show, Kirk finally decides what to do about this teenage menace: he turns on every single system the ship has. Spock and McCoy, on Kirk’s orders, flick on every switch the bridge has, causing much beeping, buzzing, and booping. Kirk correctly assumes that Charlie can’t handle the massive swirl of activity, and faced with all this pressure, he is effectively incapacitated.

And that, my friends, is what we need to do about the demands from the Muslim world that no one dare print images of the Prophet. My suggestion? Everyone print the images. Every. Body.

What I’m suggesting is a worldwide, coordinated effort among every magazine, newspaper, tabloid, scandal sheet, high school newspaper, and blog on Earth. On a given day (or for a given week………or a given year………let’s see how long it takes) completely saturate the world with the Prophet (peas be upon him). Cartoons. Line drawings. Illustrations. Photoshopped exposes. You name it.

These pictures don’t need to be obscene or pornographic. From what I understand, even flattering images (such as, I dunno, Muhammad sitting on a golden throne with rainbows and unicorns in the background) are considered blasphemous. Let your imagination run wild. 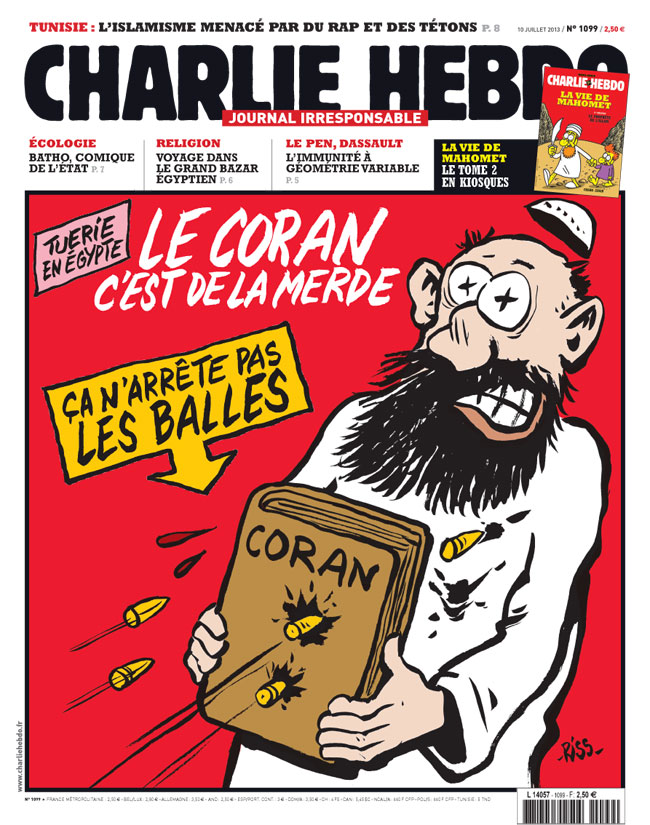 The problem with the handful of brave departed souls at Charlie Hebdo is that they made themselves an easy target. No one else had the gonads to stand up against terrorist threats (and I suppose I can’t blame them). And don’t give me this schtick about not wanting to offend a group: nobody gives a flying crap about respecting the beliefs of these clowns. They just don’t want to end up with a bullet through their brain. The political correctness is just a front for self-preservation.

So pull a Charlie X on these guys. Give them not one target, but tens of thousands. Show them that the world of free speech is not going to be cowed into submission. Hell, balance things out with a worldwide mockery of Jesus, Buddha, and Moses for all I care. I’m a lifelong Christian myself, and every media outlet on the planet could show Jesus hanging out in a gay bar tongue-kissing Andy Dick, and I couldn’t care less. It doesn’t affect my beliefs, and it certainly isn’t going to compel me to hurt anyone. (I also have the added advantage of not being a latent homosexual, which, errr, seems to be a bit of an issue with some of these bearded chaps. But I digress).

The question, of course, is where leadership will come from. Who will stand up and set the date? Obama? Ha! Ha ha ha! Oh, that’s rich. This is a man who’s afraid of his own shadow; he’s not about to take a stand (particularly a politically incorrect stand). It’ll have to be someone else.

Will this ever happen? I suppose not. But I at least wanted to toss the idea out there, because I think an impossibly diffuse target would drive radical Islam to the point of madness, perhaps to the point where they can focus on more important topics, such as the bitterly-dividing point as to whether the Prophet shaved his armpits or not (and, no, I’m not making this up). Until then, let us keep the sacrifice of the brave staff at Charlie Hebdo in mind. They were, after all, the real martyrs.