Salutations from the Denver International Airport, where this reporter is very, very glad for his delayed flight.

After the (thrilling) close today, I rushed out to the airport to fly to Chicago by way of Denver. Well, the flight to Denver was badly delayed, and I was really concerned that I'd miss my flight to Chicago. I researched a variety of alternatives – – – even calculating how long it would take to drive there (20 hours; no thank you) – – – and was distressed to surmise that if I didn't make my flight, I was pretty well screwed.

I don't travel much – – regular readers know I am a notorious homebody and am away from my family probably 0.3% of any given year – – so I'm not an airport expert. But for such a huge airport as Denver's, a couple of things surprised me.

First, I was stunned to see the Admiral's Club, which is the United Airlines private lounge, closes at 9:30 p.m. What is this, Mayberry, USA? I'd figure they should be open to at least midnight, if not 24 hours a day.

And second, there appears to be one electrical outlet for every 100 people waiting at the airport. Since every single person here has at least one electrical device that needs charging, people have to scurry around like large game on the Serengheti seeking a watering hole. I managed to find one available outlet behind a security station. Below is my vantage point. You can see another poor soul seated on the carpet trying her best to get something done too. Ah, the joys of luxurious air travel.

That is pretty much all I can say this month as we get a view of the monthly SNAP (Food stamps data for May 2011).  Wasn't it just one month ago when I was gushing all over this recovery saying that this could potentially be the inflection point that we all had been looking for?  Didn't the trustworthy data from the Ministry of Truth show a decline of SNAP costs in April?  Wasn't the slowing pace of growth in January, February, and April the affirmation that our hopes had finally found a home?  Well, clearly, the answer is NO!

RECORDS YOU DON'T WANT TO BREAK

SNAP data for May shows that plan enrollment increased by a whopping 1,105,217 people which is an increase of 2.4% over the preceding month.  This is the second highest participant growth reading in my six years worth of data AND is the highest monthly percentage increase ever in that time frame!  The greatest increase was in September of 2008.

Apparently the government is inviting everyone to this awesome party.  We've got 1.1 million new guests all decked out and ready to celebrate the greatness and largess of the good old USA.  One out of every 7 people in the US!  I guess the only question we have to ask ourselves now is who is this party for?  Who could possibly mobilize so many people and create such excitement?  The party is obviously for our wonderful President!  He does turn 50 after all and no one wants to miss a beautiful occasion and an opportunity to fawn over our beloved leader.  The guests just can't get enough of the party favors and goodies, it almost seems like they could do this party every month, and why not?  It doesn't cost them anything? (Last rant here I promise.   Are you kidding me, people really celebrate his birthday!?  Are we done with the worship of him yet?) 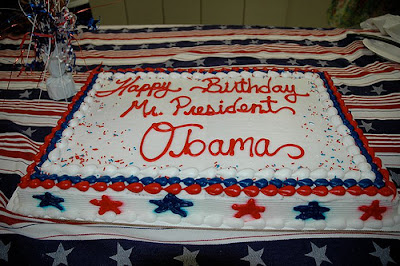 Wow…..just wow. What a day in the markets for the bears. NO confirmation of the hammer candles from yesterday and just a constant bleed all day long! This is what a wave 3 of a wave 3 is like for you Elliot Wave people! Major selling and, unlike yesterday's hammer candle, the internals completely confirmed the move today. Very nice.

MESSAGE FROM TIM - WOW, WHAT A DAY!!!! I am going to be traveling the entire rest of Thursday, so this post is going to be up for a while. It always seems the market is up to something insane during the rare times I travel. Anyway, I hope Slopers had a fantastic day. Here's what I think is next for the market. Of course, if something amazing happens in international markets tonight, or the jobs report sucks, we might just head to the green tinted area without a retracement.