As you can see on the Daily chart below, China's Shanghai Index is struggling to stabilize at three-year lows. 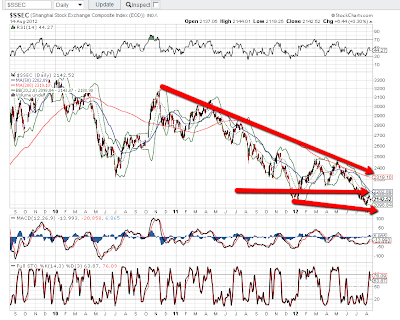 Hong Kong's Hang Seng Index has reached a major resistance level, as shown on the Daily chart below. 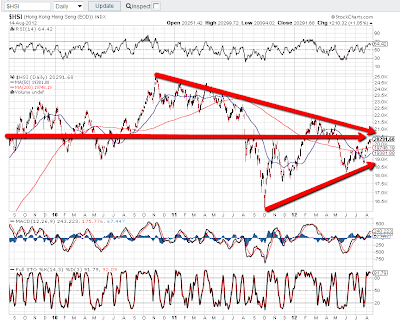 The next Daily chart shows a ratio chart of the Hang Seng vs the Shanghai Index. The Hang Seng has reached a major resistance point at its three-year highs on negatively-diverging RSI, MACD, and Stochastics indicators. Watch for a pullback to the 9.25 level…a break below that could see a drop to its 50 sma at 8.80, or lower. Under that scenario, watch to see if the Shanghai Index breaks and holds below its recent lows (very bearish, indeed which could prompt China to act with more stimulus measures…although, they could be waiting to see what the Fed does at its September 12th-13th meeting before committing any further funds). 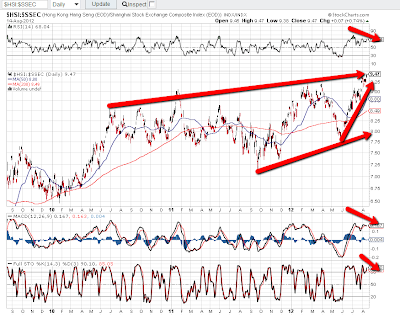 The next Daily chartgrid shows the Commodity ETF (DBC) and the AUD/USD forex pair. DBC is consolidating just beneath trendline resistance in overbought territory, and the AUD/USD is flirting with 1.05 major support after reaching overbought conditions. These are worth watching for potential pullbacks if China's Shanghai Index and Hong Kong's Hang Seng Index weaken. 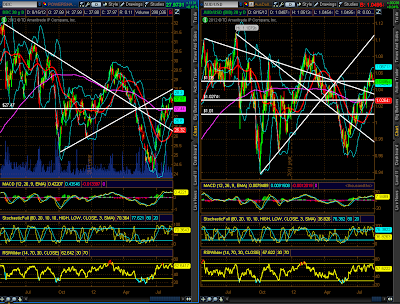 The last Weekly chart of Oil shows that price has risen to a confluence of resistance at its 50 sma and 50% retracement level from its May 2011 high to its October 2011 low. Also, one to watch to see if weakness sets in or if buying pressure steps up to launch and hold price above this resistance level. 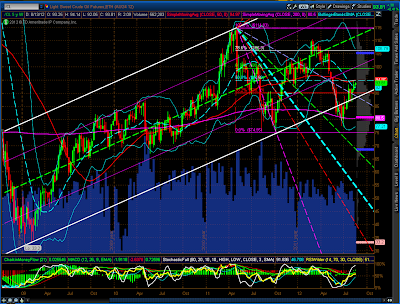