After many instances of prodding from readers, I finally bought and read The Fourth Turning, and I'm sorry

that I waited so long. It was a superb read, and it puts into words (340 pages of words, in fact) the general feeling I've had for so long that something big and bad is happening all around us.

I want to emphasize at the outset that this isn't some doom 'n' gloom book that came off the presses after all the calamities we've seen over the past decade. It is, in fact, a fifteen-year old book, and I imagine much of it was written around 1995 or so, during the feel-good Clinton years. When the book came out in 1997, the authors made clear that they were currently in the Third Turning, and that the Fourth Turning – the final quarter of a cycle that they postulate recurs throughout modern human history – was coming around 2005 or so.

Over the past five centuries, Anglo-American society has entered a new era – a turning – every two decades or so….Together the four turnings of the saeculum comprise history's seasonal rhythm of growth, naturation, entropy, and destruction:

+ The First Turning is a High; an upbeat era of strengthening instutitions and weakening individualism;

+ The Second Turning is an Awakening, a passionate era of spirtual upheaval, when the civic order comes under attack from a new values regime;

+ The Third Turning is an Unraveling, a downcast era of strrengtening individualism and weakening institutions;

+ The Fourth Turning is a Crisis, a decisive era of secular upheaval, when the values regime propels the replacement of the old civic order with a new one.

END_OF_DOCUMENT_TOKEN_TO_BE_REPLACED

(Minimum of 10 Gold medals to qualify)

Once the Queen dowses the Olympic Torch with her Royal pee tonight, the real Games can finally begin.  We can expect another 20-30 SPX points to the up side, which should be just enough to get the Bears utterly demoralized, and the Bulls overly ecstatic…….then comes The September to Remember……..   Stay tuned for Evil Plan 79.0

Further to my last weekly market update, this week's update will look, firstly, at the six Major Indices and nine Major Sectors, as shown on the two Daily line chartgrids below, then two Daily SPX:VIX and RUT:RVX ratio charts, and, finally, Major World Indices, Commodities, and Currencies, as shown on the subsequent Daily chartgrids. 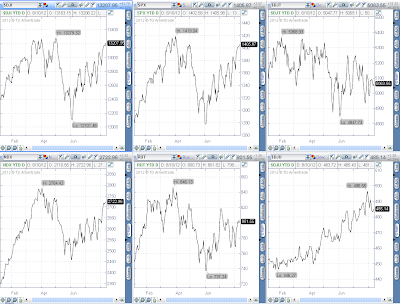 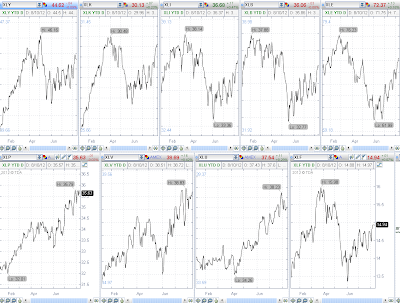