Last week, my teenaged son asked me a sincere question: “How come Marissa Mayer got $200 million by screwing up Yahoo?”

It was a good question, and one I had trouble answering at first, because I’d like him to think that there’s some level of fairness, meritocracy, and sensibility to this world of ours. In Mayer’s case, however, there is none. Her entire massive fortune is due to being in the right place, at the right time, on multiple occasions. She is no more clever or shrewd than someone who won the mega-jackpot lottery.

When I had time to discuss the reality of the situation with him thoroughly, I laid out the bare truth for him. It is as follows:

(1) Mayer was a senior at Stanford, trying to figure out which of her many job offers she would accept. A startup named Google was looking for a product manager, so they sent her an email. Seeing the subject line, she intended to press the Delete key, because she wanted to join Bain Consulting (a very typical place for a graduate of an elite school to begin their career), but she accidentally pressed the Space bar, showing the email’s contents. She was intrigued enough to read it and talk to the founders, and she took the plunge. Word on the street is she that was a Friend With Benefits to Larry Page during her tenure there, which didn’t hurt matters. Suffice it to say she made her first fortune by stumbling into Google the moment she left college and being real chummy with one of the Google guys. (2) During this same time period, Yahoo couldn’t do anything right. They’ve always been a pretty crappy site, but they had the good fortune of being a “first mover” when the Internet first appeared, and their popularity fed on itself. They stupidly said no to a great buyout offer from Microsoft, and they kept lurching from one failed CEO to another, including, notably, Carol Bartz, who is basically an older, more pissed-off version of Marissa.

(3) In a perfect illustration of the Peter Principle, Mayer had risen to her own level of incompetence at Google, and she started getting sidelined. It slowly began to dawn on people that she wasn’t particularly good at anything, except narcissistically posing for magazine covers, and she started to be pushed farther and farther away from senior management. She was rich enough to never work again, but her glory days seemed to be behind her.

(4) Yahoo, desperate for a shot at rejuvenating itself, reached out to Mayer for the plum post of CEO. What I explained carefully to my son is that when a public company really, really wants someone, that “someone” can construct a deal so that they make a fortune no matter how badly they fuck up. And that’s precisely what Marissa did. She got a monster signing bonus and a pay package that was Gigantic if she screwed everything up and Super Gigantic if things went well. For a while, the world declared that, as with Steve jobs did with Apple in 1996, she was going to save Yahoo. (5) In the five or so years that she ran Yahoo, she did just about everything wrong. She enriched friends by paying insane figures for their startups. She spent $1.3 billion in tumblr, which failed. She hired Katie Couric at $10 million a year to – – I dunno – – sit in front of a camera and show her big, white teeth. She wasted money like mad, didn’t turn the company around, and was essentially an epic screwup.

So how come Yahoo’s stock price didn’t reflect this? I can answer that with one word: Alibaba.

See, many years earlier, Yahoo put money into the tiny company Alibaba, and its 40% stake became very, very valuable. Indeed, Yahoo had a NEGATIVE enterprise value. The one and ONLY thing that preserved shareholder value was that it just happened to have a big stake in BABA whose share price just kept going up. That’s it. End of story. Dumb luck. And Mayer benefited from this happy accident more than anyone. She is, I assured my boy, creepily laughing all the way to the bank.

So why did I call this post TWO blondes? Because in sharp contrast with the dumb luck of Marissa Mayer is the rotten luck of someone who almost got away with it – – but didn’t – – good old “Crazy Eyes” Elizabeth Holmes, who had the gall to hold herself out to the world as the reincarnation of Steven P. Jobs.

You know the story well, so I won’t go into much detail. The thumbnail sketch is that she left Stanford at 19, put Theranos together, somehow convinced venture capitalists (distracted, I suppose, by her trim figure and fake blonde hair) into valuing her company at $9 billion, and then – – whoops – -it turns out that she hasn’t invented a goddamn thing, and that their technology doesn’t work. The result? Government investigations, investor lawsuits, employee suicides, and a net worth of Holmes collapsing from $4.5 billion to $dick.

The massive wealth she created for herself and others was as fake as that gorgeous blonde hair of hers. Oh, you thought it was real? C’mon now. These women like to create an image. In spite of their post-feminist bluster, they will happily pander to whatever sexist notions they believe will garner them the highest paycheck. I offer you this tidbit of reality as well. Pretty amazing what a lot of cash can buy in terms of a facade, isn’t it? 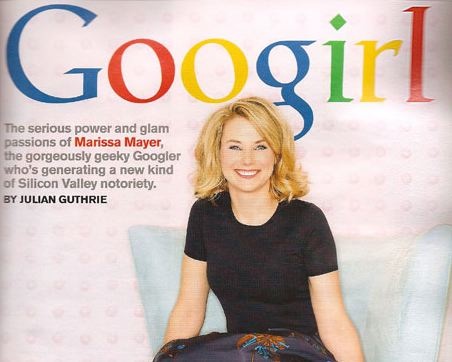 Same person. Honest. And maybe a touch of Photoshop.

Two fake blondes. Two different fates. There is no real sense to any of this. Right time. Right place. Luck of the draw. And a little helping of what the boys like, just to grease the skids.