I last wrote about the SPX:VIX ratio in my post of October 17. At the time, volatility was creeping higher, as the SPX was making new highs.

As of 2:00 pm today (Wednesday), volatility has continued to rise, as the ratio dropped to just above the critical 200 “New Bull Market” level, as shown on the following SPX:VIX Monthly ratio chart. 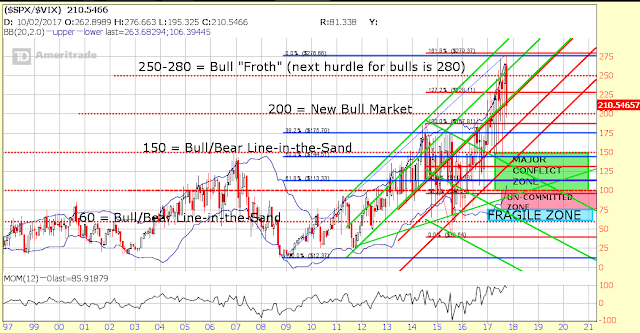 The following 60-Day 60-minute ratio chart shows that, although one gap up has been filled, there are two unfilled gaps remaining, dating back to September 11. 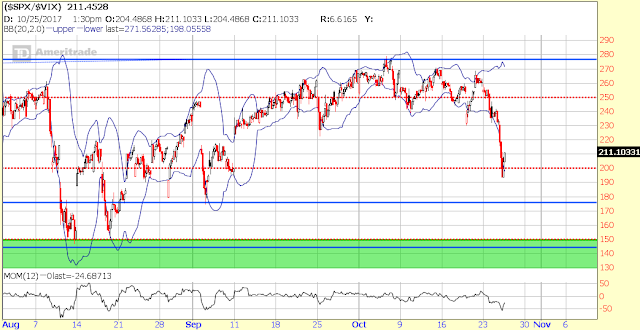 A new “SELL” signal has just triggered on the Weekly ratio, as shown below. 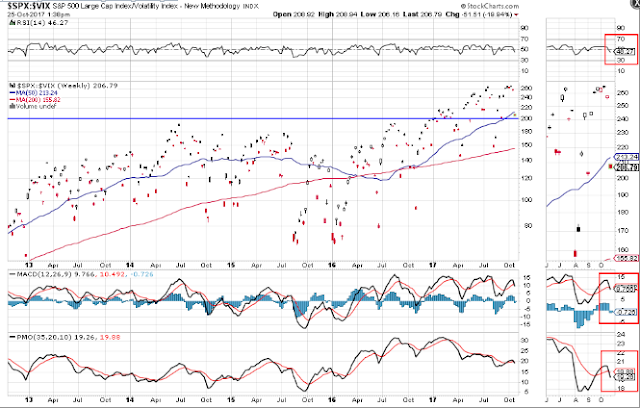 The SPX nearly reached a potential target of 2600 on Monday, as shown on the following Daily chart, where it will encounter major resistance in the form of a +2 deviation level of a very long-term regression channel, as I outlined in my above-mentioned post. 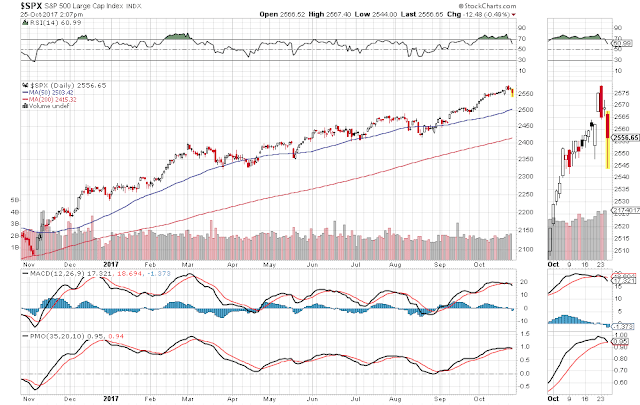 Keep an eye on these charts, especially the 60-Day 60-minute, to see if the prior gaps are filled, and whether the ratio drops and holds below 200. If so, expect volatility to increase as weakness sets in on the SPX. If not, the SPX may try, again, to reach 2600, before such a scenario may develop.

In any event, the SPX may whipsaw until after the next Fed meeting concludes on November 1, before it, either continues to advance to new highs, or we see a pullback, and gap fills on the intraday ratio.