It would seem by dark cynicism last night about the unimportance of the big trade news was well-founded. As always, this is about context. In a normal, rational market, a United States President openly declaring a trade war on the biggest economy on the planet and ratcheting it up with tariffs on $200 billion in goods would be a LIMIT-DOWN situation (followed by similar limit-down days, day after day, until he backpedaled). In this insane asylum, however, the NQ has already bounced 50 points off its panic low, and the ES is cheerfully healing itself. 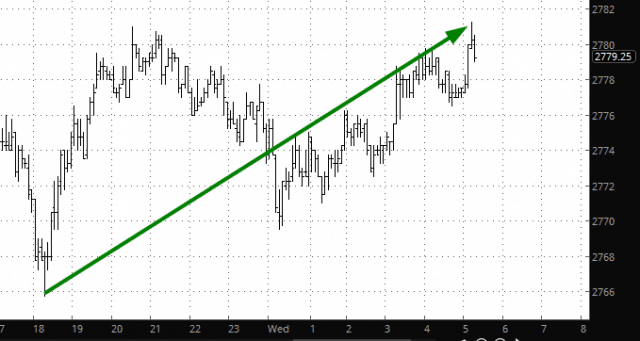 Trump’s boast during his campaign that he could murder someone on 5th Avenue and get away with it was both accurate and prescient, since that’s the situation he finds himself in for this Presidency. He could announce 100% tariffs on a TRILLION dollars in goods, as well as an increase in nuclear warhead proliferation, and the markets would shake it off after a few hours.

As I am typing this, in the wake of this astonishingly brazen trade war, the market is off all of half a percentage point. And keep in mind, that is off record highs in many sectors and indexes, having risen hundreds of percent in the past few years.

As for myself, I have 54 short positions, but I am judging this selloff with intense skepticism. In spite of all my griping, I will say that, if you take a step back, the market is acting EXTREMELY predictable from a technical standpoint. Just four days ago, crazy old permabear Tim wrote Breakout Threatened, as we were on the verge of a breakout above 2748, having been caught in a 50-point range on the ES. Add 2748 and 50 and you get 2798. What was the peak on the ES yesterday? 2797.75. How about that. 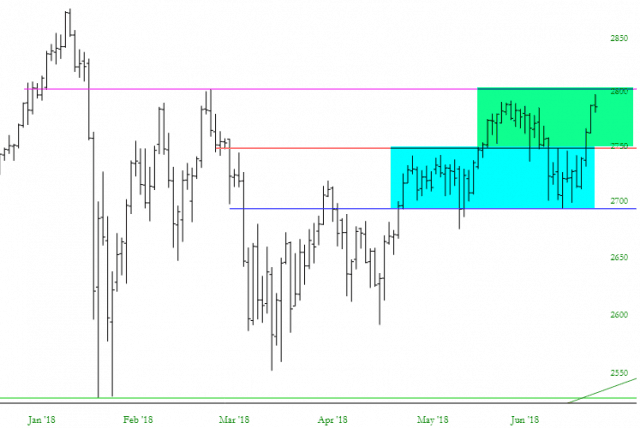 So at this point, the only MEANINGFUL event on the chart will have nothing to do with a tweet or a tariff. It will have to do with a clear failure at 2750 and, next, 2700. Everything else is noise.