Once again, after a tiny, tiny dip in the market, everybody’s talking about a push higher. S&P 3000 is offered as a foregone conclusion. Indeed, even to this poor old bear, I can see an argument to be made for a bounce at current levels: 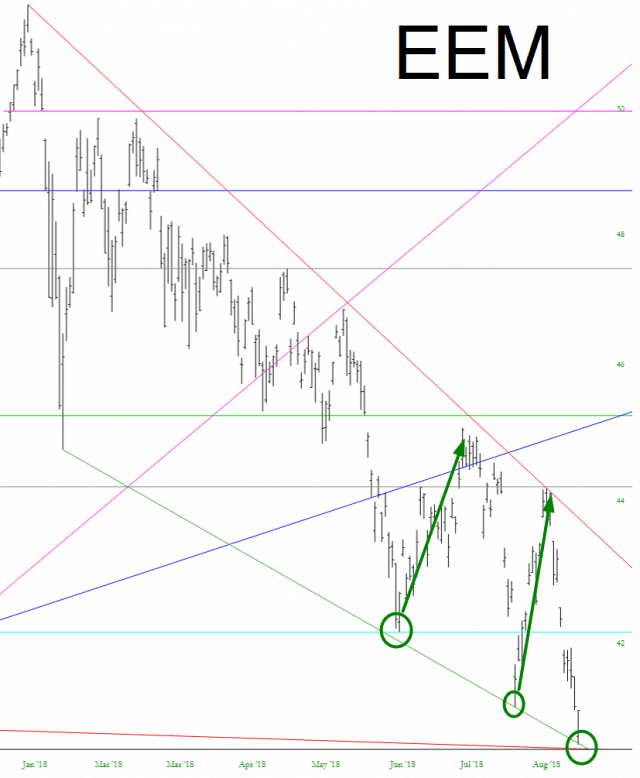 Yet something has been developing recently which I’ve been watching all year long. Indeed, my Gold and Diamond members know that I’ve been sort of obsessed with what I’ve been calling the Most Important Chart Ever, which has been slowly but surely formly precisely as I hoped.

Adjunct to this, as mentioned this morning, has been the 142 level on bonds which I wrote about this morning. I never dared imagined things would break down so swiftly, but they have.

My thesis all year long has been

To my eyes, the chart below is a thing of tremendous beauty. 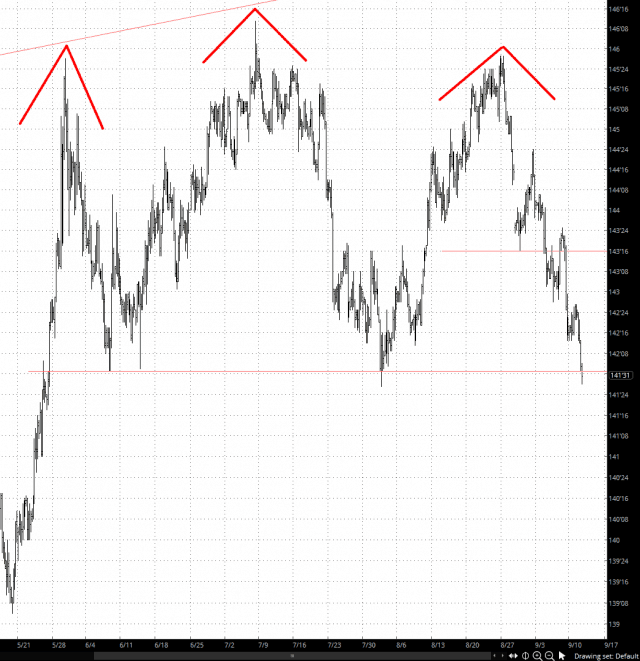 So while 99.999% of people are focused on this cheerleading:

I think it’s important to realize that the “beautiful” thing creating asset inflation is more along these lines:

We are now going to be running ANNUAL DEFICITS that are the same size as the entire $1 trillion debt that the country was up in arms about when Reagan was in office. But I would bet you money that 95% of American citizens couldn’t articulate the difference between the deficit and debt. And that is probably a kind estimate.

Play me out, Harry!