Ultimately, I think “Funding Secured” is going to be inducted into the pantheon of epicly embarrassing statements, sort of like “Mission Accomplished” or “New Coke“.  Tesla is one of my 57 shorts, and is quite profitable. The company has come full circle since July 28th, having round-tripped the entire price. The poor souls who thought they were going to get an easy $420 by buying into TSLA had suffered a 25% loss in a mere three weeks’ time. 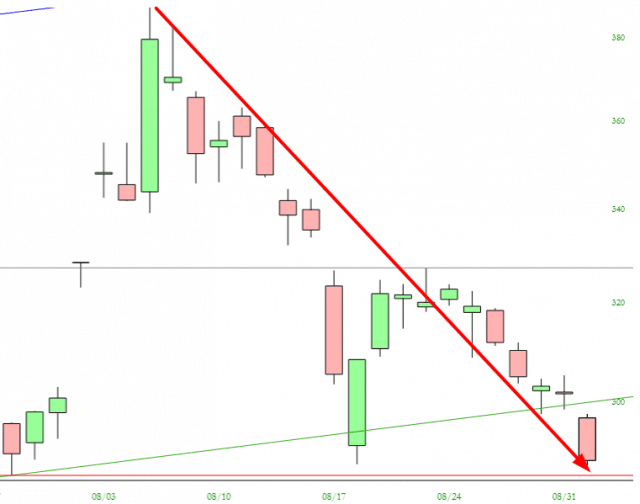 The stock is undergoing some serious breakdowns. I confess I don’t know where the short interest on this stands, although surely a lot of bears were slaughtered during the ridiculous “$420 private acquisition” ramp-up (hey, SEC, how’s the lawsuit coming?)

Elon Musk was heralded at the next Steve Jobs. He was better than Elizabeth Holmes at the role, surely, but the man’s judgment seems to have gone off the rails lately, as his choice of girlfriend illustrates.

Had his kept his mouth shut about $420, he’d be in a lot better shape today. But as the singers below reminds us (in one of the greatest pranks ever pulled off in television history…………on the Lawrence Welk Show, no less) – – a person can go “one toke over the line”.

As sexy as Tesla is, it’s been a relative dog. Using the Woulda Shoulda Coulda page here on Slope, one can compare how he would have done buying super-hot sexy company Tesla versus mail order retailer Amazon over the past four years.

Simply stated, Tesla hasn’t done dick for 48 freakin’ months, and that’s with the support of the most fraudulent stock market in the history of mankind. 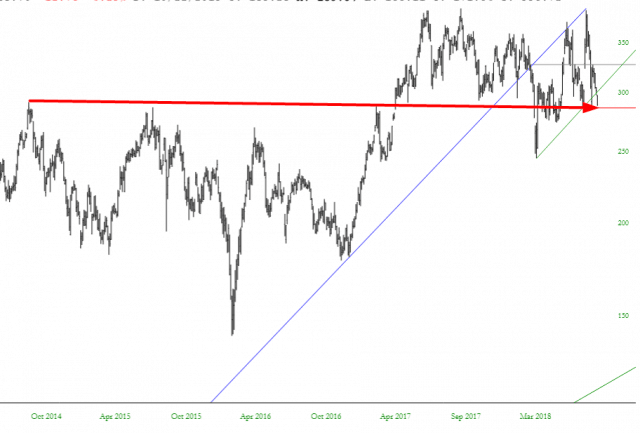