It’s hard to get excited about drops in the ES and NQ anymore. As I sit here at this very moment on Thursday evening, they ES and NQ are both dropping, but it seems that every drop is simply met with more buying, as shown below. The good news – – indeed, the only good news – – is that, on a broader time scale, equities are still slipping away. Still, it’s maddening. I wish they could just GO down and STAY down. 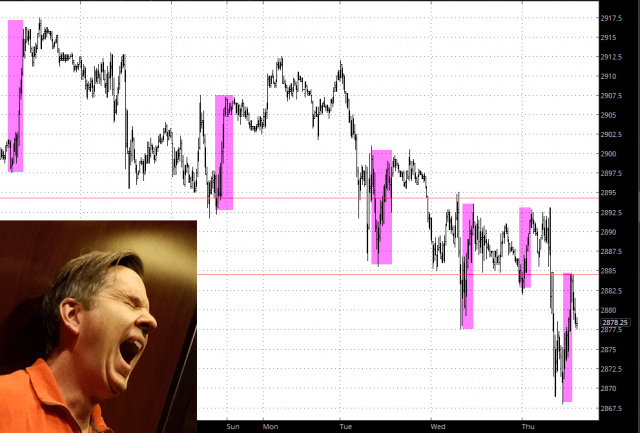 Volatility has been slowly sneaking in through the side door. A few weeks ago, we were actually crawling around the 10-handle. Now we’ve inched back up into the lower teens. As you can see, the increase in volatility has been modest but steady. 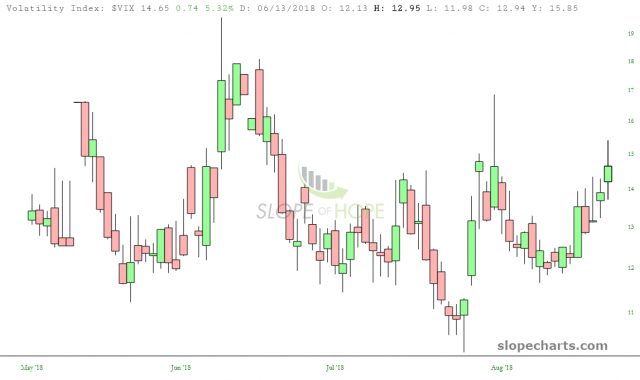 If I had to summarize where stock index were these days, I would say the bullish breakouts are still intact, but they’re looking a little shaky and a little damaged. Looking at the S&P 500 below, for example, we have dipped under the magenta horizontal line again, more than closing the gap, but it’s hardly any kind of calamitous failed bullish breakout. It would take a lot more damage (specifically, a failure of the next horizontal line down) to state that the breakout was a bust. 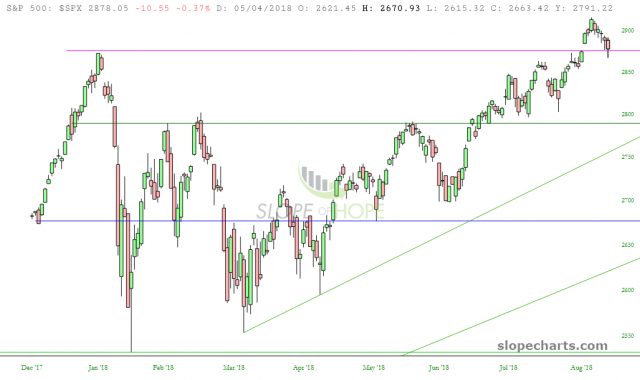 For example, look at the small caps by way of the Russell 2000. We could have another nice drop on Friday just like we did on Thursday, and all it would do would be to tag the upper trendline of that symmetric triangle. In other words, the breakout would be intact and there would be no failure. As with the S&P shown above, it would take more damage than that to really splinter the uptrend. 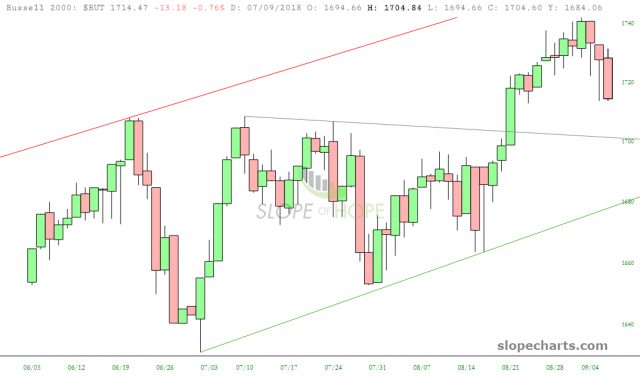 On a longer-term time horizon, you can see the argument more plainly. Here is the Dow Industrials Average, and its moving averages are silky smooth and uncrossed. Higher highs. Higher lows. Gently uptrend. And even the worst downdrafts of the Dow merely tag the slowly-moving moving average. It’s a strong, steady, resolute bullish trend. 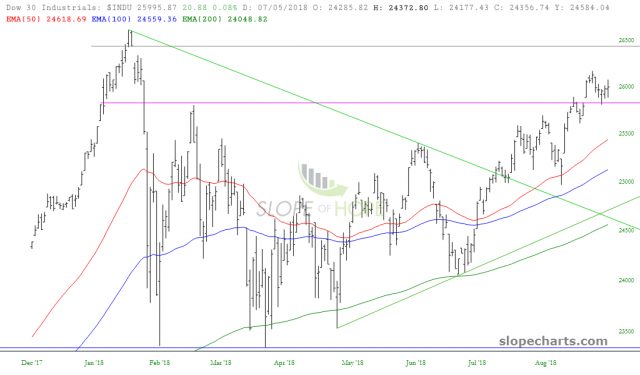 With all the mayhem that’s been going on in Congress, particularly with respect to Social Media, some tech giants have finally taken it on the chin. I will say that it would not take much at this point to cause the intermediate-term trendline to fail for the NASDAQ. Of course, just because a price crosses a trendline doesn’t suddenly mean an unchecked move in the same direction. Just look at what happened a couple of weeks ago when prices broke above the pattern: they stayed there for about a week and then slumped beneath them again. 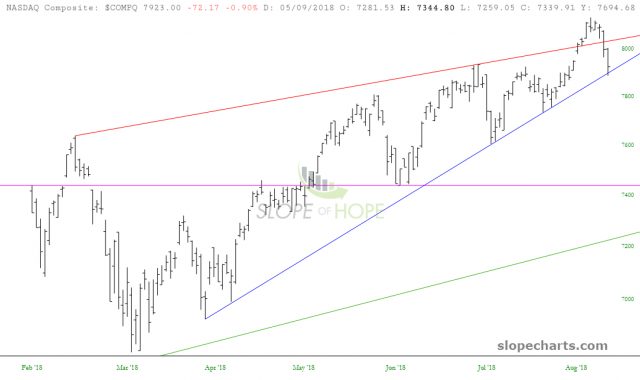 Just to beat a dead horse, here is the broader Dow Jones Composite, which I think illustrates the “unbroken but shaky” situation nicely. On the bullish hand, you’ve got higher highs, higher lows, and a breakout to never-before-seen high prices. On the other hand, price action seems to be stalling out on a very short-term basis. 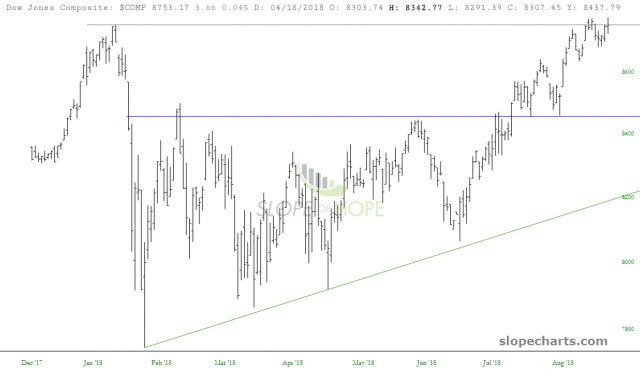 For myself, I remain focused on short positions in energy, financials, and commodities. I’ve got 60 different short positions and am about 220% committed. Be on the lookout for the “big event” Friday, which is the jobs report, one hour before the opening bell.