SlopeCharts has had Fibonacci Retracements ever since it was launched last year. Today, however, we have tripled the number of Fibonacci tools, adding both the Arc and the Fanlines. The icon still looks the same, but now when you click the seashell, you will see three tool choices.

To use any Fibonacci tool on a chart, choose the seashell icon:

Three tool choices appear which are, from left to right, price retracements, arcs, and fanlines. Click any of the three to choose that tool (or click the seashell again to deselect).

Even though the tools are quite different, the way to apply them is identical: you click on two price extremes. That’s easy enough for anyone to do. The artfulness is (a) choosing appropriate extremes (b) assessing whether or not the chart is particularly “Fibonacci friendly” once you have applied the drawn object. That judgment comes from time and experience.

Once you choose a tool, you will then be able to click on your first anchor point, drag the mouse, and then click on the second anchor point. In the case of price retracements, the retracements will be drawn, and a reference line will connect the two anchors. If you mouse over any of the lines, it will give you details on the two anchor points as well as the value (both in percentage and price terms) of the chosen line.

You can also change many elements of the presentation of the retracement, such as its color, opacity, whether or not the reference line is shown, and so forth. Using the fanlines is done the same way – – with two anchor points, typically on price extremes – – but using them effectively is much trickier than price retracements. Here, for example, is a fan I just drew on top of Alphabet (GOOGL). I’ll use this term I coined again – – Fibonacci Friendly – – since it definitely applies here. Notice how “obedient” price levels are with respect to those fan lines, even though the anchor points (tinted in yellow) were drawn many years ago. 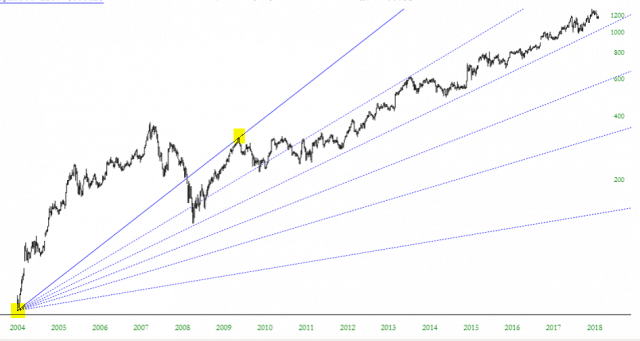 Here is another example, this time with the S&P 500 spanning the post-financial crisis period. The anchor points are, again, shown in yellow tint. Notice what a good point the fanline did in pointing out an critical support level (red arrow). 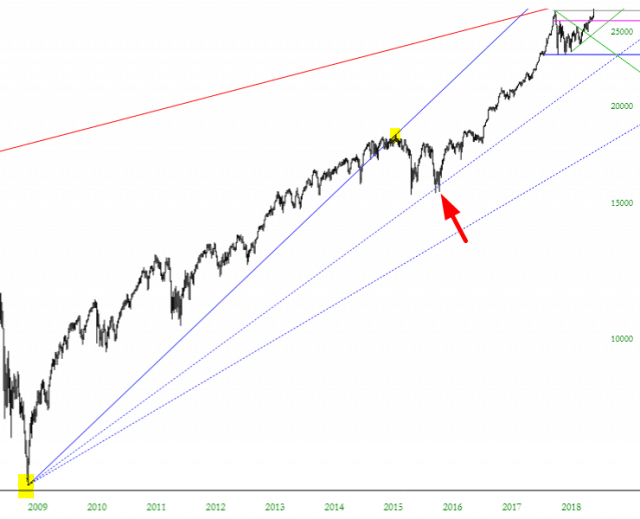 Arcs, finally, are, in my experience, even trickier to use than the other two. They can be fascinating, however. Take a look at these arcs drawn over a span of decades. One anchor point is the bull market peak in 2000, and the other anchor is the post-financial crisis low. In retrospect, it’s telling that there was such strong resistance to further price advance back in the year 2007 (see green arrow). In a similar way, prices stalled out in late 2015 and early 2016. Historically, this is where prices “should” have started falling, but instead, there was a breakout above the arc (red arrow) which preceded massive subsequent strength. 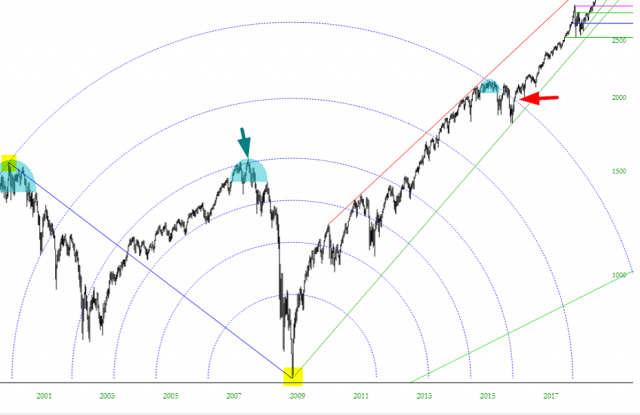