Looking at the average rises and falls on SPX from the start since 1997, the most bearish straight sequence of days of the year are the six days from 19th September through 25th September. Within those six days, usually including the September quadruple witching, the lowest percentage of positive closes is 23rd September at 26.67% and the highest is 25th September at 35.71%. Markets are closed on the 22nd and 23rd this year of course, so that leaves Monday and Tuesday next week leaning historically bearish, and Wednesday through Friday leaning an average of 62% bullish. There is a significant possibility of a retracement in the early part of next week, and there is a decent looking setup here for that.

So how well is the advance here correlating with the projection I posted three weeks ago? Very well so far, except the failure of the initial retracement to quite reach the ideal support trendline. That may still need to be tested, but looks ambitious for the first half of next week. If we see that retracement then the obvious target would be a test of the 50 hour moving average, currently in the 2910 area, and likely in that timeframe to be tested in the 2915-20 area. SPX 60min chart: 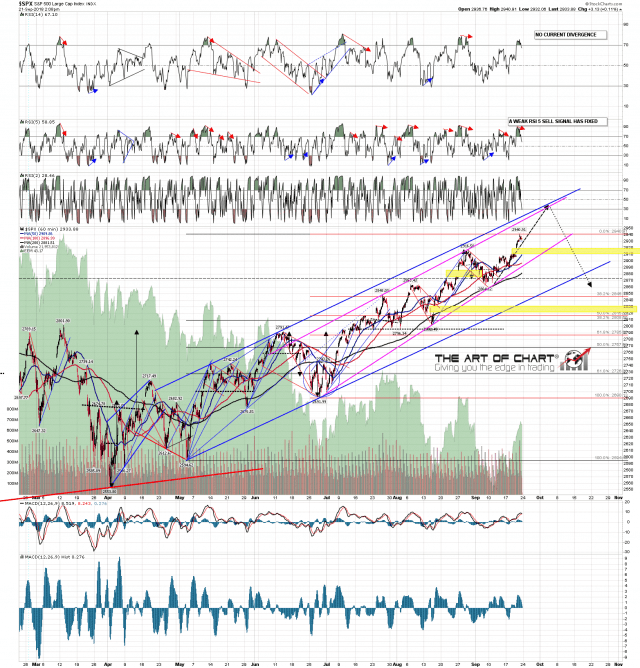 Everyone have a great weekend 🙂