I consider myself an observer. I am hyper-ly aware of the world around me, and for the longest time people in general have not had the same alarm I feel for some time about our Country, future, and world. I always tell my family things don’t matter to people until it does. Then things happen fast.

That Nexus has arrived. The trigger, in my opinion was when Trump touched the third rail of politics and took on the immigration lobby and found out the electricity wasn’t on, and then in prime time took down the Doyenne of the Media right, in the most vile way, and people cheered, on both sides.

The reason, in my opinion people are sick and tired of being sick and tired. They are tired of politicians telling them the things they are mandating for them are good for them (the people) when it is a clear as day it is for the benefit of them (the elites).

END_OF_DOCUMENT_TOKEN_TO_BE_REPLACED

Here’s an interesting one: Manpower had a bullish breakout above the trendline I’ve drawn below. It painted out a trio of higher highs and higher lows, but over the past week – bam! – it gapped beneath the same trendline and, as God intended, the trendline changed role from one of support to one of resistance. Thus, I shorted it yesterday, and I’ve got a stop-loss price at 86.70, which is just above Friday’s high. 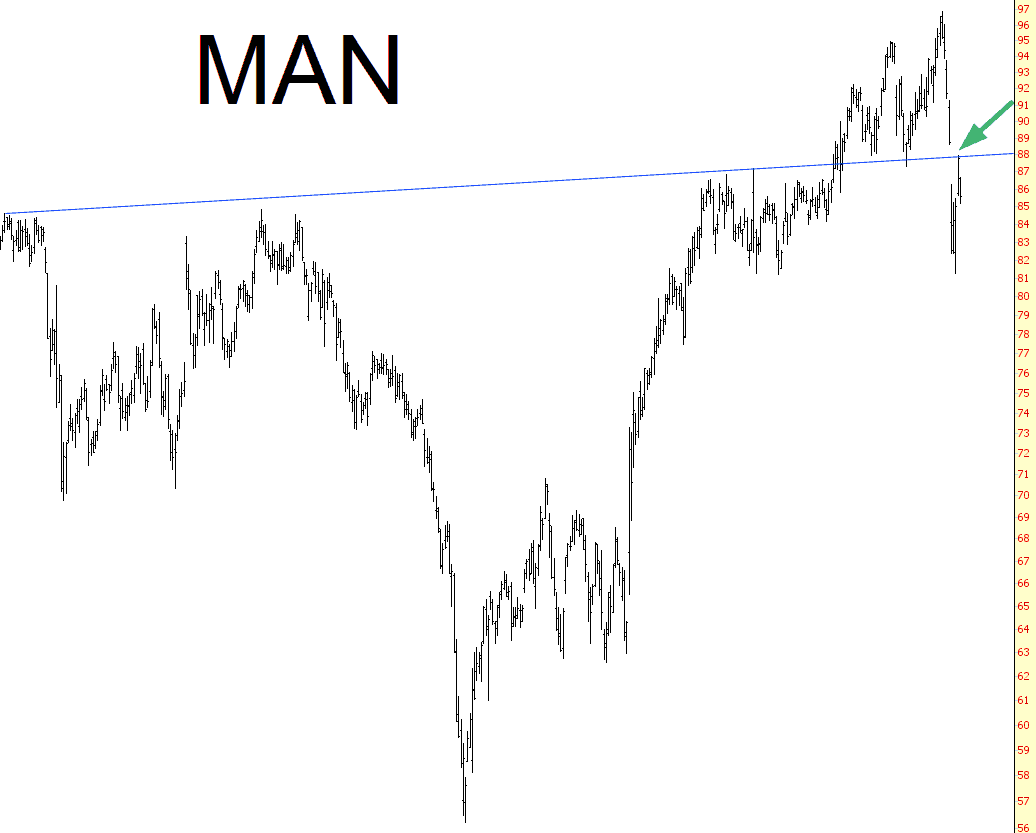 I’ll have some videos for you folks this weekend.