I rarely glance at my Facebook, but this morning I did and a friend of mine was asking if anyone got “lucky” with TLRY. In case you haven’t heard all the chatter, Tilray is a Canadian marijuana company which has become the newest darling of MOMO stock traders.

This struck me as interesting, because the last time this same friend mentioned a stock that I had never heard of before was a few months back when she mentioned IQ, “the Netflix of China”. I’m not going to bother drawing an arrow at the place where she drew my attention to it, but look for the highest point of the graph, and you’ve nailed it. The stock is down about 50% since then. 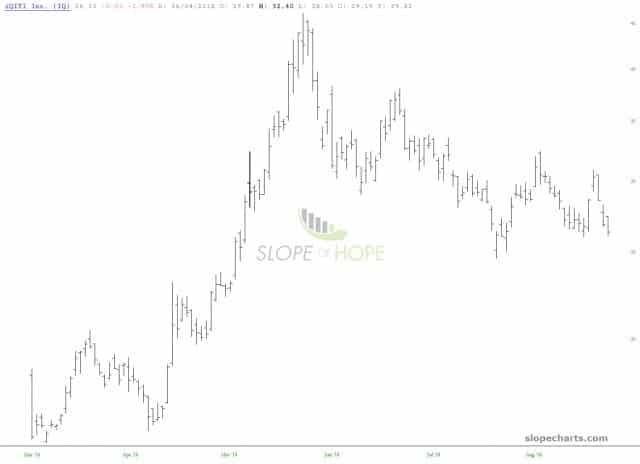 Obviously I don’t tend to stay on top of new stocks or hot MOMO issues. If I did, companies like IQ wouldn’t be news to me months after they went public. I did actually start hearing about TLRY a few days ago, and between my friend’s remark and a ZeroHedge story about how the company was up again (huge………) in the pre-market, I thought I’d mention it. Here’s the daily chart, which does not include the zany pre-market activity. From what I can tell, TLRY is looking to pop another 40% at the opening bell based on nothing more than MOMO-chasers. 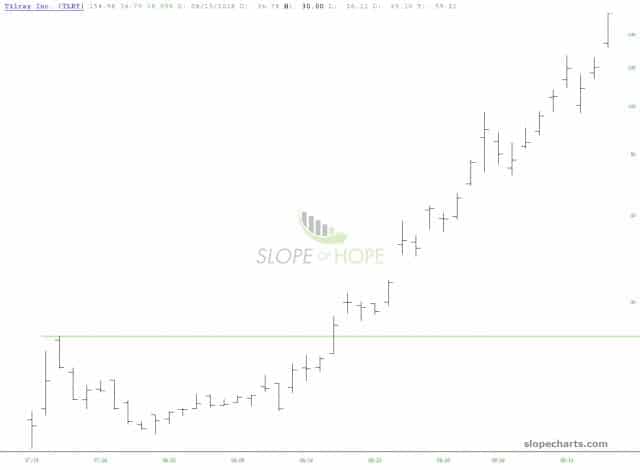 Animal spirits still abound, and there’s a certain subset of the “investor” crowd which are simply gamblers that love stuff like IQ and TLRY. Now that cryptos have crapped all over themselves, they are no longer a suitable place for the casino crowd to get their adrenalin rush. So it’s focused on stuff like TLRY which, I assure you, will look like the chart of IQ soon enough.

I’m not fool enough to short insanity like this, but it’s interesting to watch from the sidelines and wait for the last sucker to be left holding the bag.