Back in the very early 1990s, there was a lot of resentment toward high-level executives pulling down millions of dollars in salary. Congress passed a law that eliminated the deductibility of executive salaries greater than $1 million in order to quell public unrest on this topic. Companies decided to reward their executives instead of stock options and grants in order to “align the interests” of shareholders and the executives.

The theory was the executives would work super-duper hard for their Ma & Pa Kettle shareholders so that they could all get rich together.

As the chart below illustrates, this entire notion is a giant, stinking pile of horseshit. The way it works in America couldn’t be more plain. If you do a fantastic job of building shareholder wealth, you will be given Tons and Tons and Tons of compensation (see: Jeff Bezos). If you utterly screw up and provide ruinous losses for the little guy, you will be severely penalized by only making Tons of compensation (see: every executive at General Electric). 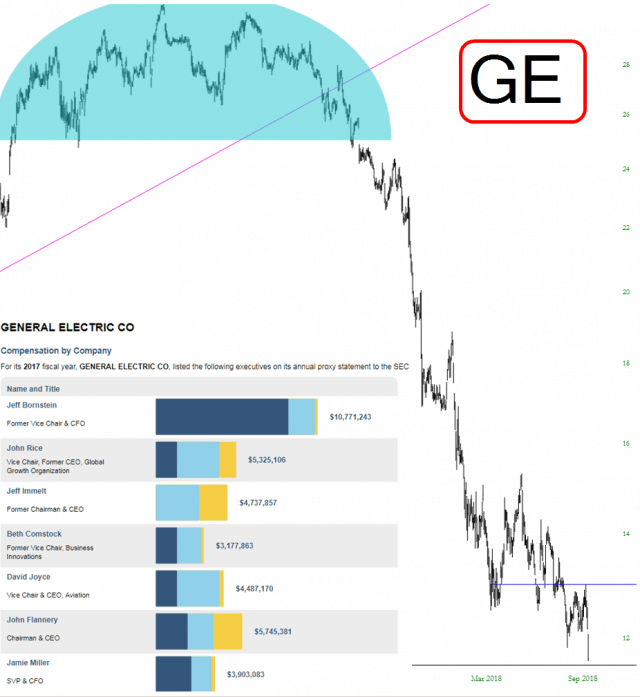