I think we can all agree the so-called “market’ is just a teeny bit obsessed at the moment: 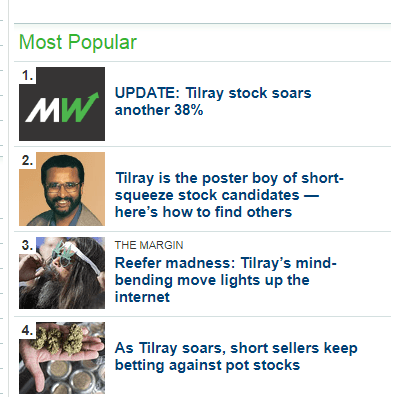 So instead of spending all our time on a single stock that no one ever heard about a month ago, let’s drink in some of the broad indexes……..

The NASDAQ Composite had an important trendline failure this week. Interestingly, it has stayed beneath its cracked trendline. This isn’t that big a deal, but a slip underneath the horizontal line I’ve drawn would amp up bearish spirits. 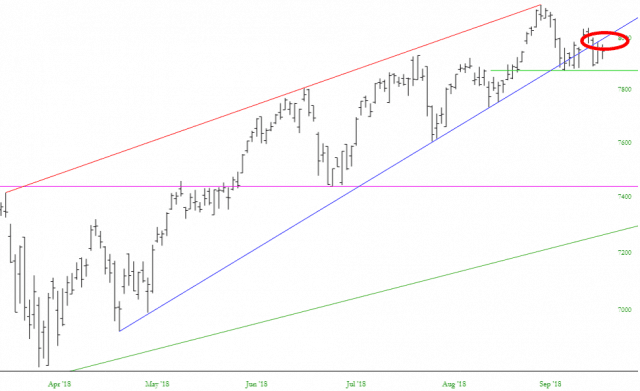 Away from tech, however, things are still sunshine and unicorns. The Dow Industrials sealed up its January 26/30 price gap, after nearly eight solid months of trying. It is terribly close to a lifetime high at this point. Quite clearly the trade war was the 137th failed reason for the market to weaken. 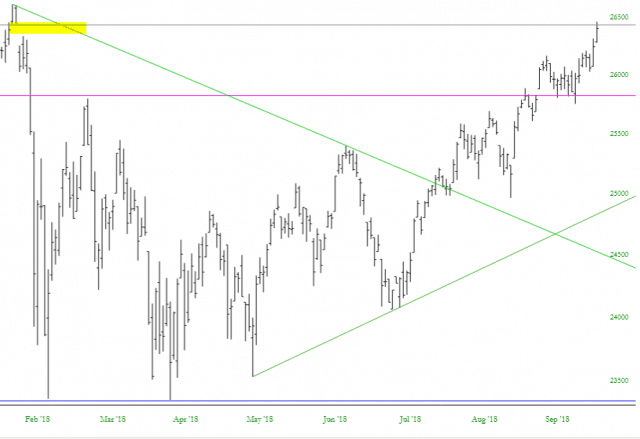 Back to tech for a moment, the NASDAQ 100 is sporting the same failed trendline as its bigger Composite brother. Even monsters like AMZN are started to look a little frayed. 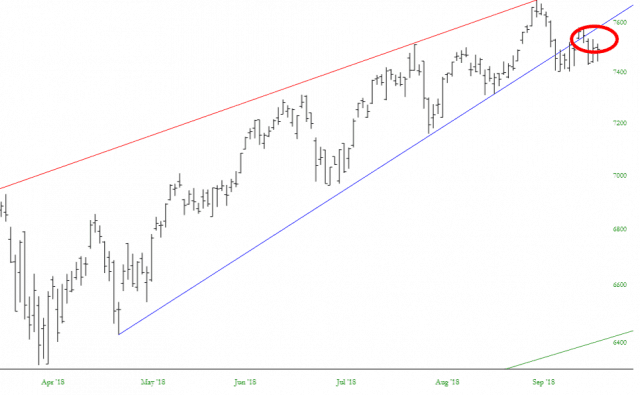 The small caps were weaker today than even the NASDAQ, and the past three days the Russell 2000 has been challenging support, which so far has held fast. 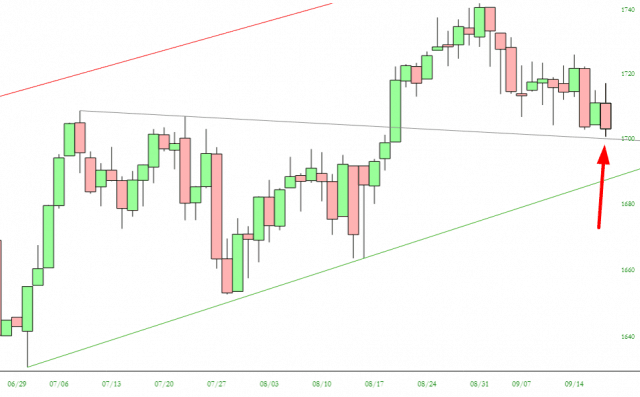 The strongest areas remain “old school”, such as the Dow 30 (above) and the S&P 500 (below). I’ll say what I’ve been saying repeatedly: there’s nothing bearish about this chart. 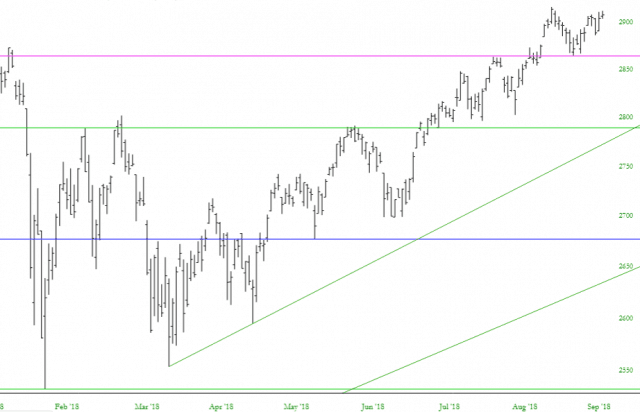 The absolute highlight of the day for me was the breakdown in the Dow Utilities. I think we’re repeating what we saw last autumn with the $UTIL, and I’ve put an arrow at the “You Are Here” moment. In other words, I’m expecting a modest countertrend bounce, which will provide another opportunity to sell into strength and increase the position even more. 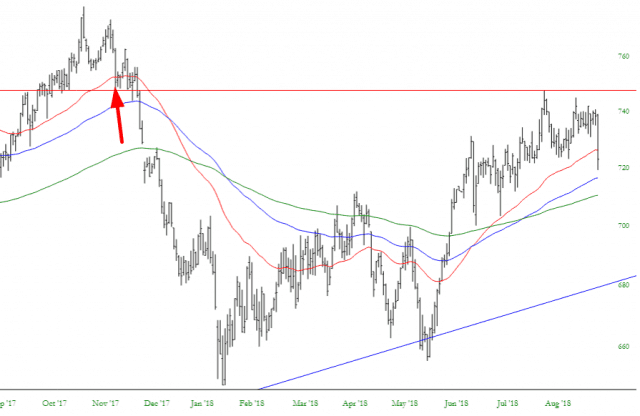