I have nearly 12,000 followers on my Twitter feed, and out of curiosity, I clicked the link to see the list. You can imagine my surprise…….. From a post on the HUI at the site last week:

“There are worse things that could happen than filling a gap and scattering the wrong kind of gold bugs back out. Then it would be up to the longer-term charts to do the heavy lifting if the daily does fulfill this downside potential.”

The gap was filled, the top end of the anticipated support zone was reached and indeed, the wrong [i.e. momentum players] kind of gold bugs are scattering back out. The hard sell down on Thursday was very likely due in large part to the selling by traders with a fetish about gold as a geopolitical or terror hedge. END_OF_DOCUMENT_TOKEN_TO_BE_REPLACED

the media, as well as people I come in contact with, who once again, are talking in tone and tenor that this new adversary that means us great harm is some how not as great of a threat because “they are over there and don’t have the means to get over here.” I must ask: Is this all we’ve learned? i.e., Nothing.

I would like to remind whomever might take the time to read this of a few thoughts and facts.
First: The group that successfully launched and executed the horrific on U.S. soil that we are remembering today were not an army over there. Most were here on visas in one form or another. In other words: legally. END_OF_DOCUMENT_TOKEN_TO_BE_REPLACED

I’ve been harping on McDermott as a short since it was around $10 (here’s a post – – not the earliest one – – as an example). It has been a profoundly slow mover, but we’re finally getting some steam……….. END_OF_DOCUMENT_TOKEN_TO_BE_REPLACED

Here’s another fine example of your tax dollars at work (or at least the tax dollars of those here in the Bay Area): 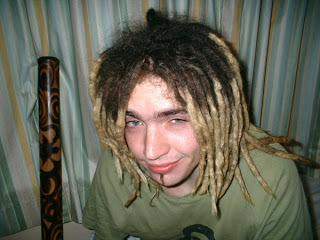 So what they’re doing is requiring medical marijuana dispensaries………..to set aside a portion of their cannabis…………to give away free…………to poor people. Boy, there’s nothing that’s going to get the impoverished on their feet and back into the workforce like a good toke, is there? Incidentally, it wasn’t a close vote by the Berkeley Council: it was unanimous.

It’s almost enough to make you think the powers that be want the poor to stay poor. Nahhhhh.