I’ve had my fair share of horrible memories in life (hey, that’s a cheerful way to kick off a post, isn’t it?) but one that stands out as one of the worst was September 1, 2010. I’ve mentioned this date before, because it was a searing, horrible experience for me.

At the time, I was very, very aggressively short the market, and I (very naively) thought that, with interest rates at 0, there was nothing left for the Fed to do. Ummm – – wrong! As we all know, the Fed really has no limits as to what it can conjure up, and Bernanke unveiled a massive quantitative easing program. Trillions of dollars later, we all can plainly see that it didn’t work (although the man still gets paid a quarter million bucks to make a single boring speech), but at the time, it was just the tonic the stock market needed. Well, they hold this goddamned symposium every single year in Jackson Hole, and it’s kicking off again tomorrow. Yellen isn’t going to be there, and even in my most cynical moments I don’t think there’s going to be any big announcement during this cursed event, but the scars from five years ago still feel fresh, so I’ve been willing (once again) to cover positions that I don’t think are rock-solid safe. 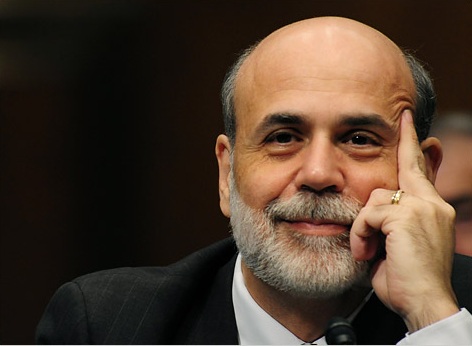 Of course, the real risk to us kindly bears is Thursday, September 17, at 2:00 EST, when the Fed makes their long-awaited announcement. This will, I suspect, be a “pivot point” for the market. If we’ve been falling hard into the event, we’ll probably reverse hard to the upside – –  and vice versa.

I, for one, will be glad once both of these Fed events are in the rear view mirror, because I think they’re a horrible distraction to what would otherwise be a quite interesting trading environment. But not that the central banks of the world have co-opted earth’s equity markets, they cannot be ignored.