If there’s one thing I can show to swiftly illustrate the madness of the equity markets, it is the SlopeChart below. It represents Amazon’s trio of exponential moving averages (50, 100, 200). As you can see, there hasn’t been a single downside crossover………in THIRTY MONTHS. This, my friends, is what a one-way market looks like (and how a company gets to a trillion dollar market cap). 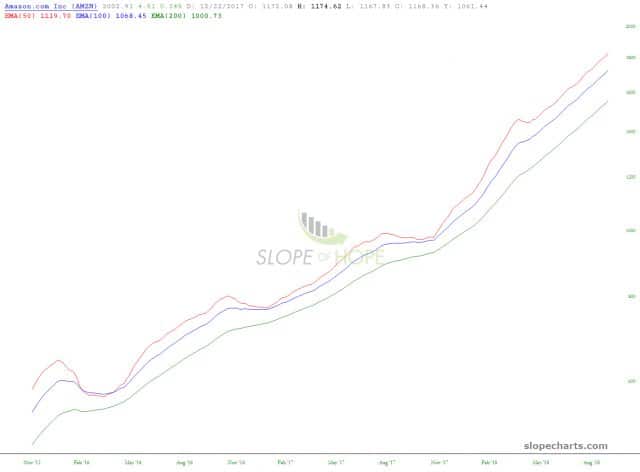 A normal market – – one that is actually allowed to trade freely – – looks a skosh more like this: 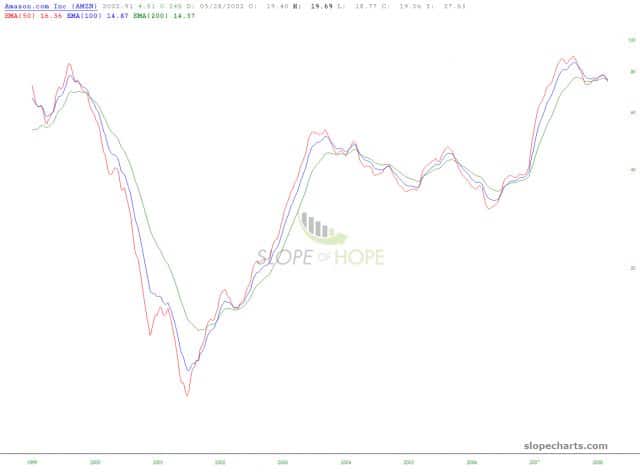 The markets reached their highest levels in human history near the closing bell on Wednesday. On Thursday, they somehow managed to go down a little bit. As I’m typing this, there’s red on my screen, although nothing dramatic. That pencil-dick Jerome Powell should be along any minute to make things right for the sweet little bulls, who have been spoon-fed money for the past decade.

The mishap on Thursday which actually let this fake market slip off the rails a bit was the renewed, better-than-ever trade war with China. The Dow Industrials is still well off its own lifetime high. We really need to bust below that magenta horizontal line to get things even remotely interesting. 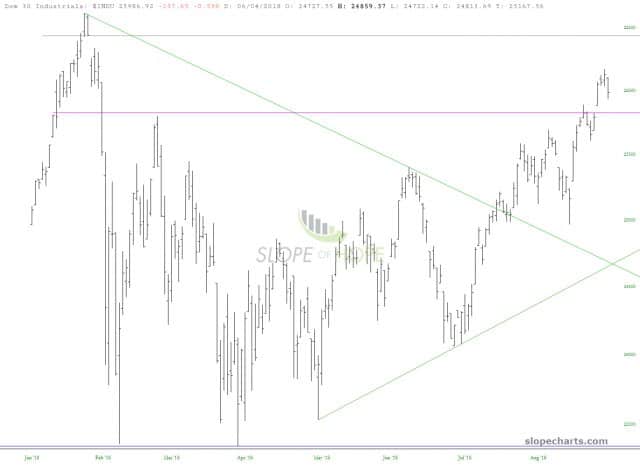 The Dow Composite actually hit breakout levels on Tuesday and Wednesday, but it slunk beneath this horizontal Thursday. In this instance, it needs to get below the (much lower) horizontal, which is miles away at this point. All the same, Thursday was a good day for me, so I’m not complaining. 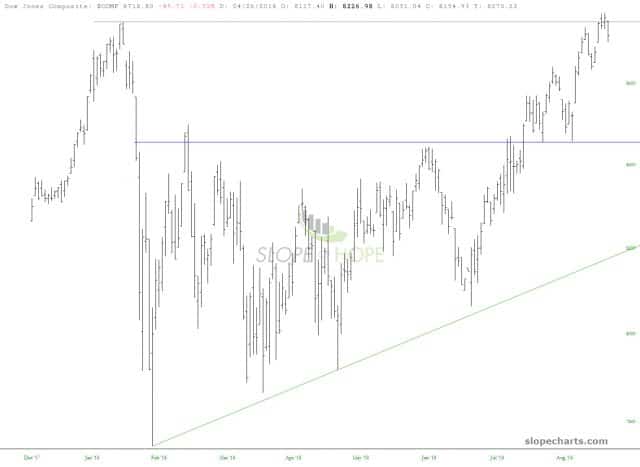 Even with the likes of AMZN and AAPL rock-solid, one critical technology sector – – semiconductors – – is looking due for a downturn. Here is the $SOX accompanied by its CCI indicator. It looks like it is time for semiconductors to slip again. 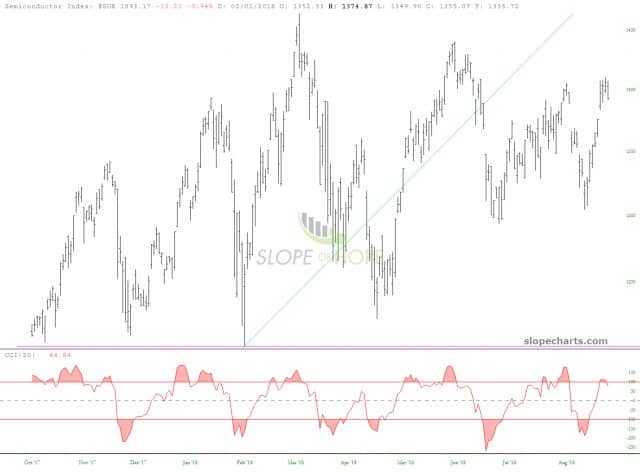 The poor, battered VIX got a bit of respiration on Thursday too. Ever since early February, volatility has been doing nothing but painting out a series of higher lows. 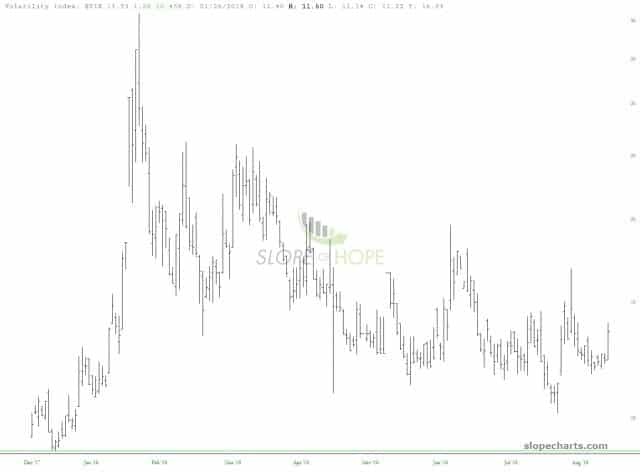 For myself, I came into the day quite light – – just 34 positions and 130% committed – – and I ended the day more aggressively with 61 positions and 252% committed. I was solidly profitable throughout the day (even when the spawn-of-Satan Jerome Powell did yet another equity-cheerleading speech and sent the market zipping higher).

In closing – – and I’ll mention this again at the bar tomorrow – – be prepared to Get A Life on Friday night, since Slope is in for some rough sailing. We have been preparing for months for “Phase Two” of the site improvement, and there’s going to be a lot of explosions and flotsam and jetsam and whatever other metaphorical chaos you want to bring to mind. I am taking advantage of the holiday weekend to not feel guilty in case Slope is melting down (or disappears altogether) from time to time over the holiday. God willing, it’ll all be worth it in the end.