James: Hey, Tim, do you want to know how to make a small fortune from cryptocurrencies?

Tim: Sure, James, how DO you make a small fortune from cryptocurrencies?

James: Start with a large fortune!

Tonight, as I’m watching the crypto space continue to do what it has been doing for the entirety of 2018 – – that is, fall in value – – I am reminded of those ads which absolutely flooded the Internet late in 2017. Surely you saw them. There were dozens of flavors of this ad, but they all pretty much looked like these: END_OF_DOCUMENT_TOKEN_TO_BE_REPLACED

Not a week goes by without one or two new SlopeCharts features. The latest is that we now offer full mutual fund graphs. Just punch in your symbol, and bang, there’s your line chart. Here’s an example: 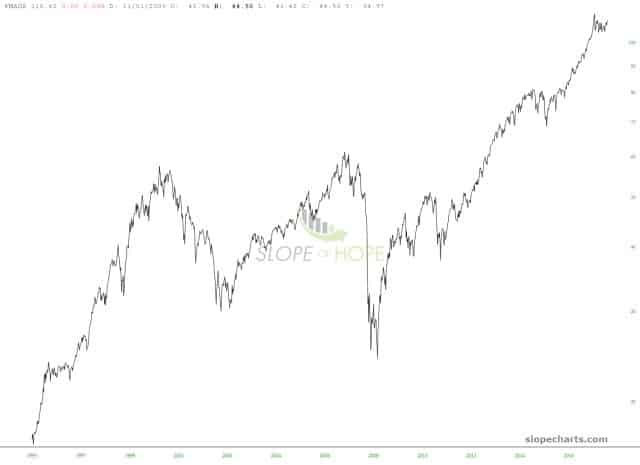 I wanted to share a couple of charts I like which, unfortunately, do not represent existing positions. However, I’ve talked about them before, and I wanted to do a quick post and say a few words.

The first is a company I’ve mentioned dozens of times here, Pier 1 Imports. My theory, offered over a year ago, was that it would ape its financial crisis meltdown. That is EXACTLY what is happening. Wimp that I am, I didn’t stick with it, and I’m too scared to enter now, but I still believe this thing is heading close to $0. 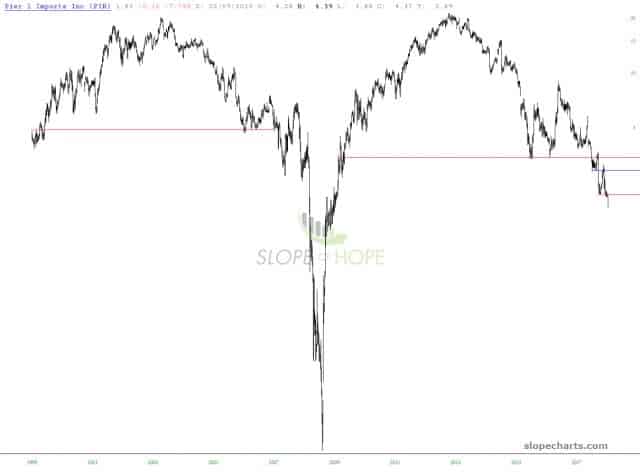 END_OF_DOCUMENT_TOKEN_TO_BE_REPLACED

Quite a day so far! As I am typing this, the SPY is down 1/10th of a percent, the QQQ is up about 3/10th of a percent, but my all-short portfolio is up 1.4%. I’ve got a variety of energy shorts, and I am watching this trendline with great interest to see if it breaks: 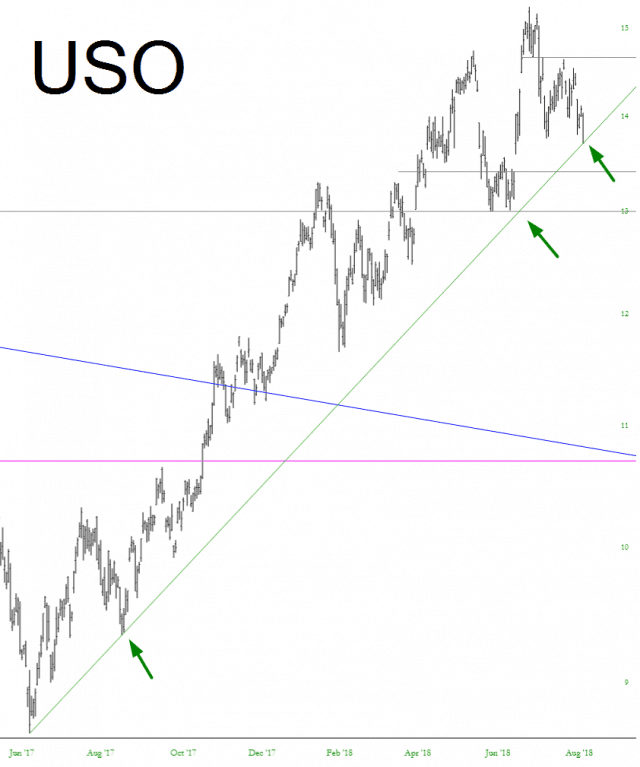 END_OF_DOCUMENT_TOKEN_TO_BE_REPLACED

The so-called precious metals sector has been in a bear market for seven solid years (WHY can’t we say the same thing about equities? Can you imagine how glorious that would be, with CNBC out of business and the Dow at 3000?!?!?!) Anyway, it’s just one technical failure after another, which I’ve been pointing out the whole way. 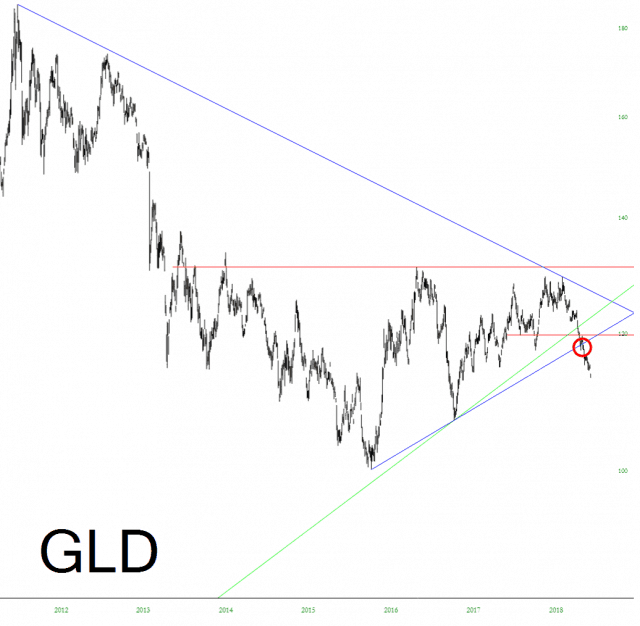 END_OF_DOCUMENT_TOKEN_TO_BE_REPLACED

An unsettled open on ES last night with more rumblings from Turkey and lower lows on ES and NQ. I was asked before the open whether I thought there was a serious risk of the wheels coming off on SPX with a 5% or so retracement directly from here, and I replied that I thought that the risk was low, though possible as always.

There are four important support levels below, all shown on the SPX 60min chart. The first is the short term rising wedge support trendline at Friday’s low, supported by the daily middle band. As long as that holds the obvious next target is wedge resistance in the 2870 area. If that should break then there is strong established support in the 2800 area, which would also be the 38.2% retracement of the rising wedge. If 2800 was to break that could be a significant bearish break, but there would still be main channel support, currently in the 2765 area.

On the upside resistance is at the the ES weekly pivot at 2842 and the 50 hour MA on SPX, currently at 2845 and resistance so far both on Friday and today, then the open gap from 2853.58 that would need to be filled. After that the way would be clear for SPX to head back to short term wedge resistance and a likely test of the all time high at 2872.87. END_OF_DOCUMENT_TOKEN_TO_BE_REPLACED