Near where I live is a large astronomical radio at Stanford referred to as “The Dish”. It’s a very popular destination for hikers and joggers. Although I think it hasn’t been used in many years, it’s an important landmark around these parts.

The “dish” far more on my mind is the one exhibited by just about every big U.S. index in existence. For most of 2018, we’ve been painting out a disturbingly well-formed bullish pattern, and after the VERY brief Turkish nonsense, we started heating up a couple of weeks ago, reached a rolling boil last week, and then today, ZOOM, it’s stratosphere launch time. 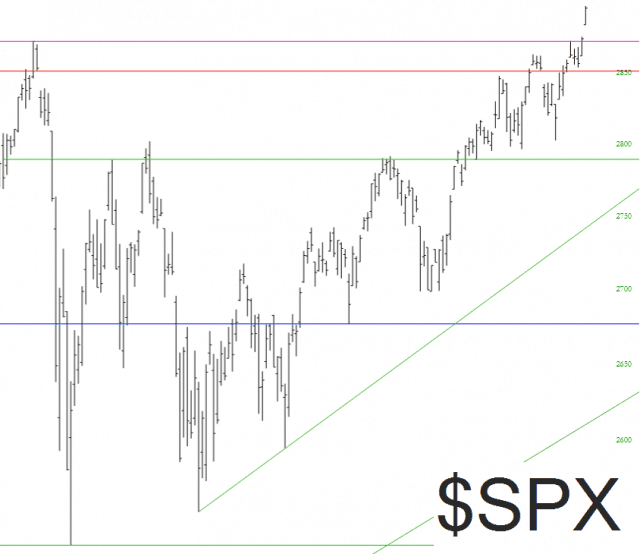 I saw Art Cashin describe this as a market not so much based on the conviction of buyers but the fact that sellers were “on strike”. That rings true. In a weird way, that’s exactly what is happening with houses in Palo Alto. They have been on an AMZN-like run with their prices since 2009, and people have basically stopped selling them. Instead, they are LEASING them, which I’ve never seen before (and I’ve lived here since 1984).

Anyway, for anyone insane or masochistic enough to dare shorting anything, here are a dozen carefully-chosen picks by me: