Two cannabis stocks are among our four charts to watch today.

Aphria Inc. (APHA) popped $1.08, or 14%, to $8.74 on 13.7 million shares Thursday, nearly twice its average volume.  The move came on a Bloomberg report that Green Growth Brands (GGBXF) is open to negotiations regarding its attempt to buy the Canadian marijuana company. Watch for a move next to $9.50, as momentum is strong, followed by $10.50, which is next lateral resistance.

Cronos Group Inc. (CRON) rallied $1.25 to $19.68 on 29.5 million shares Thursday, more than 2 1/2 times its average volume on no news.  Shares in the cannabis investment firm doubled in January, and look poised to continue higher towards the top of the steeply ascending channel near $24.

Evolus, Inc. (EOLS) popped 73 cents to $16.35 on 575,024 shares.  The move came on no news from the provider of medical aesthetic products.  The stock has been rallying off the bottom of its declining channel since December, though it hasn’t yet broken out above the declining tops line.  It’s been up for five sessions in a row on strong volume, and closing in on that declining tops line as well as lateral resistance.  A break through here could lead to a run to $21.

Qutoutiao Inc. (QTT) jumped $1.22 to $10.92 on 2 million shares Thursday on no news.  Shares in the Chinese viral-content site, which have nearly tripled since early December, broke out of a mini wedge and above lateral resistance.  Next target is $13.50. 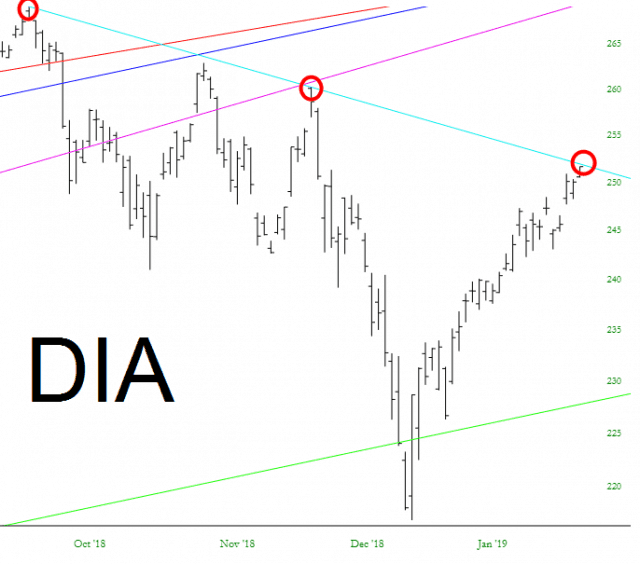 END_OF_DOCUMENT_TOKEN_TO_BE_REPLACED

Blind Squirrel posts stuff constantly in the comments section, and I happened to click on one of his posts this morning, which was the following truly hilarious video: