Data released today shows that house prices fell from the prior month's level and still remain in negative territory, as shown on the graph below. Since it's a "leading indicator of the housing industry's health because rising house prices attract investors and spur industry activity," the weak price levels just confirm the depressed state of new home sales, as mentioned in my post of January 26th. 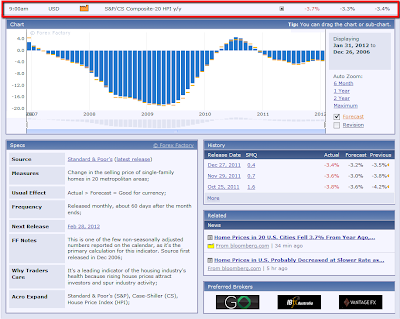 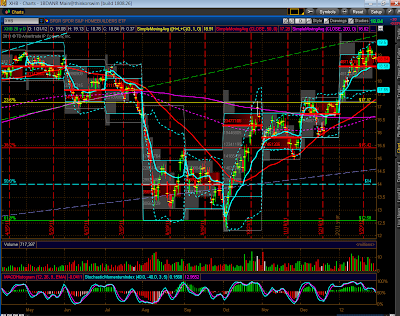 As this ETF has had a strong run from its October 2011 lows, it remains to be seen as to whether it runs out of favour on the buying side any time soon.

The Monthly chart below shows that this ETF has been slow to recover from highs made in 2006, and has made a rough triple top formation, beginning from the April 2010 highs. Resistance on this timeframe sits at a Fibonacci confluence of level of 20.00…a very important level for the bulls to break above and hold. However, with data like we've seen of late, it makes such a bull case very weak, in my opinion, and I would not look to this sector to lead the general markets higher. 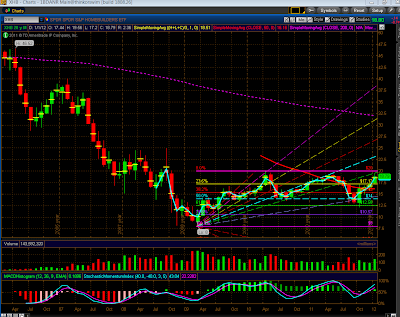