The first two are taken over the past three months. We can see on these that although the DAX and CAC began to rally in November, Greece continued to drop until last week, and Portugal has basically moved sideways from November. 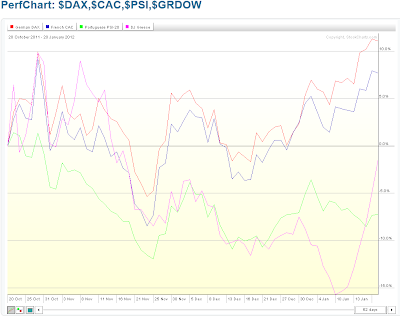 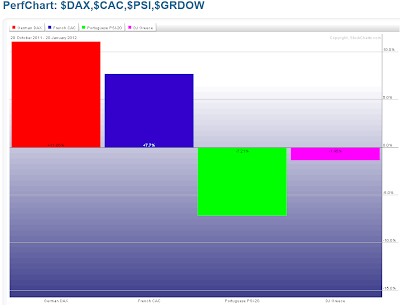 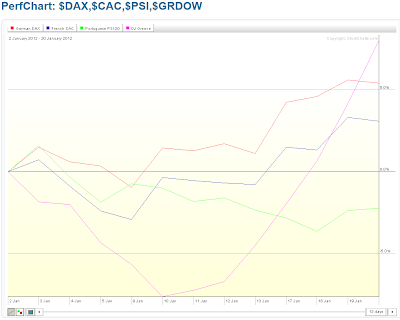 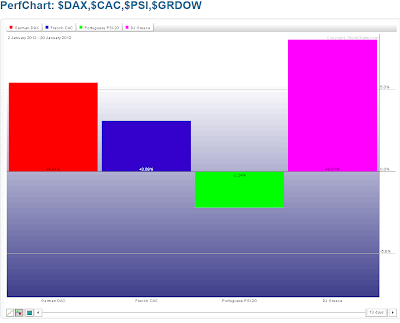 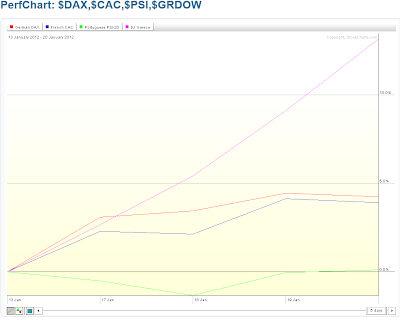 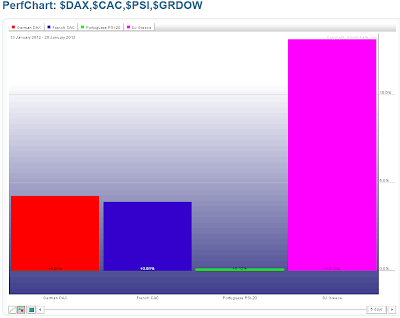 The last Daily chart below of the Portuguese Index shows diverging, declining momentum (on the last rally from mid-December) and is now in negative territory, and no positive divergence yet on Stochastics…one to watch for either continued weakness and a break below the shorter-term uptrend, or a breakout above and reversal of the senior downtrend. 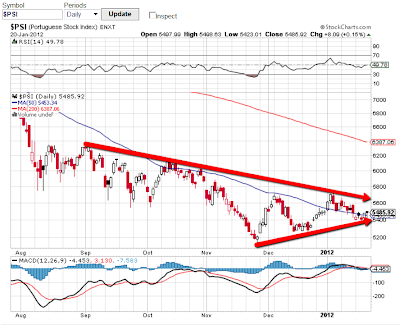