I wrote and published this article originally in April of last year. Like wine it might have more flavor today than when first crafted.

American Exceptionalism…It’s the Cure not the Disease

Sorry folks, I’m getting a little tired of all the bashing, hand wringing, or the self loathing I keep hearing surrounding the American Exceptionalism argument. Hopefully many of you haven’t bought into all this trite the so-called “Ivy leaguers” like to espouse. For me, I’ll take a little more talk, and action from people wearing cowboy boots than the wing tips.

Have most people in this country forgot that it wasn’t the suits, and ties that forged into the unknown with nothing more than a horse, a wagon, and yes a gun. If that bothers anyone, save the emails, I could care less. The schoolboy crowd could have never taken root in this new unknown until the people who had the courage to go out and do It…Did It! Only after these pioneers settled themselves in, and actually built the infrastructure that would allow this “genius crowd” to actually attend a school could they then look down their noses at them.

END_OF_DOCUMENT_TOKEN_TO_BE_REPLACED

Well, my fellow Slope-a-Dopes, where to from here? The blizzard rages on, that much is clear/blurry. The whiteout will arrive as the storm's violent fury reaches peak strength. The only question that remains is will it bury us alive, or will we escape certain death by borrowing Ben's 300hp QE fuel injected turbocharged snow blower to dig our way out.  Will the global economy rapidly descend into a deep freeze sending all financial thermometers to sub zero Centigrade, or will the coming coordinated round of massive global Central Bank snow blowing thaw all risk assets back up to Fahrenheit 451?

END_OF_DOCUMENT_TOKEN_TO_BE_REPLACED

The markets have lost much of their glossy sparkle during the past one-year period, both globally and in the U.S, and are in need of a major "touchup." 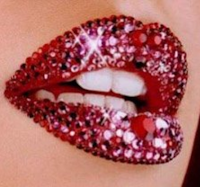 Further to my last weekly market update, this week's update will take a look at global and domestic markets to assess strength vs. weakness in each group during the past one-year period, as well as the past week.