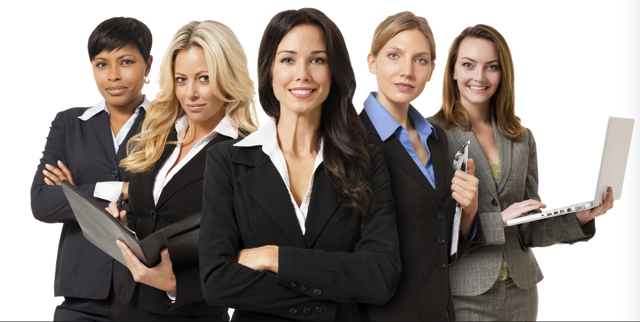 Is There Alpha In Gender Disparities?

The conventional wisdom for years, as this Harvard Business Review post exemplifies, has been that having more women as senior executives and directors would improve corporate performance. It appears that this may be untrue. I elaborate below, and discuss whether awareness of this may be a potential source of alpha.

Background: What You Can’t Say

If investing in companies with fewer women executives and directors were a simple way of finding alpha, you would figure you’d hear more about this, on Seeking Alpha, and elsewhere. In fact, the first I heard this suggested was by Got News founder Charles C. Johnson, at a dinner in New York last summer. He talked about the possibility of a hedge fund that bet against diversity in general. I don’t recall reading any similar suggestions since. Why not?

Thirteen years ago, Silicon Valley luminary Paul Graham, offered an answer. The co-founder of the accelerator Y-Combinator, which launched companies such as Dropbox (DROPB) and AirBnB (AIRB), wrote an essay on contemporary taboos (“What You Can’t Say“), which he analogized to “moral fashions”:

Alphabet (GOOG), (GOOGL) subsidiary Google essentially made Graham’s point for him recently when it fired a Harvard-trained scientist for writing about differences between men and women that might explain why men are overrepresented in certain fields, such as information technology, while women are overrepresented in others, such as veterinary medicine, and why men might be more likely to pursue career tracks that can lead to senior executive positions.

As we noted above, the conventional wisdom has been that more women in senior executive roles and on corporate boards improves performance. In a post earlier this week (“Corporate Women“), Psychologist James Thompson pointed to a Credit Suisse (CS) study of 3,000 companies supporting that conventional wisdom:

Credit Suisse (2012, 2014) has done an observational study of 3000 businesses, and find that better financial performance is associated with the proportion of women on Boards and top management teams.

They admit this cannot be considered causal, but of course it might be. Correlation is the way to bet. However, a non-causal association might be that successful companies are able to spend money on public relations, of which appointing a few women to top posts would be part, a cynical measure like giving to selected charities or implementing policies to encourage the recycling of company reports. This criticism could be countered by a longitudinal study at the company level, rather than the cross-sectional approach the authors follow. A longitudinal approach would allow a company to be measured against another company, and against itself at an earlier time, to see whether the number of women leaders made any difference.

In response, an anonymous commenter suggested that such a longitudinal study already exists:

There is a natural longitudinal study. There is an index fund that invests in companies with women in leading roles. Pax Ellevate Global Women’s Index Fund (PXWIX). Check it out against Dow Jones, S&P 500 or Nasdaq. it consistently underperformed these male-dominated indexes by a wide margin.

That commenter didn’t misspell “elevate” there, by the way. The “Ellevate” in the fund name appears to be a portmanteau of the French word for “she”, “elle”, and “elevate”. Coincidentally, the Credit Suisse study James Thompson mentioned in his blog appears in the Gender Research Archives fund’s parent company, Pax World Management, LLC. Per Pax World Management, the average Ellevate fund holding has 33% of board seats and 27% of executive management positions held by women, versus global averages of 16% and 16%, respectively. Its current top-10 holdings are:

Nevertheless, the anonymous commentator was right about Pax Ellevate’s performance versus the major averages he cited. Checking PXWIX against the SPDR Dow Jones Industrial Average ETF (DIA), the SPDR S&P 500 ETF (SPY) and the Nasdaq 100-tracking PowerShares QQQ Trust ETF (QQQ) shows the women’s index fund underperforms all of them. 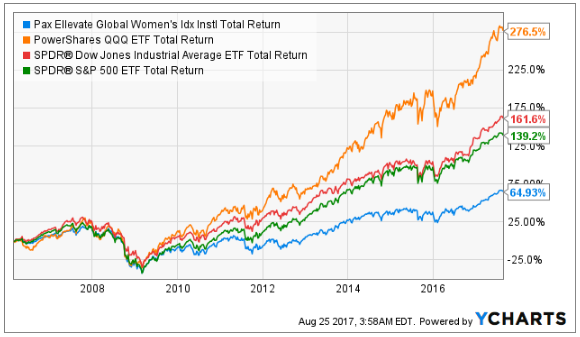 Not without further investigation. As the same anonymous commenter noted in a follow up comment, compared to actively managed large cap stocks (the vast majority of which underperform the indexes), PXWEX, the investors share class of the women’s index fund, is slightly ahead of the middle of the pack over the last five years. 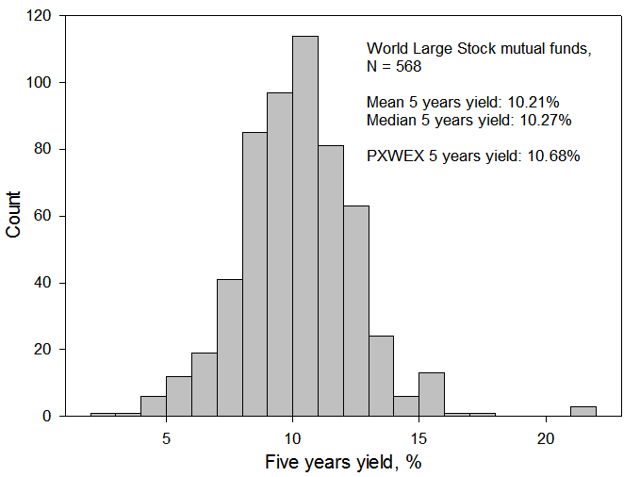 Whether it should be compared against actively managed funds, when Pax Ellevate calls itself an index fund, is a reasonable question, given that indexes are managed to the extent that someone decides the composition of the index. Another question is whether it should be compared to a domestic index such as the Dow Jones Industrial Average when Pax Ellevate is global, with 37% of its holdings headquartered outside of the U.S. On its site, Pax World Management compares Pax Ellevate to the MSCI World (Net) Index and the Lipper Global Multi-Cap Core Funds Index. The fund’s performance over the last 10 years trails both.

But the salient point here, I think, is that it’s not clear whether Pax’s underperformance versus the major U.S. indexes or the global indexes it uses as comparisons is due to its focus on women-led companies. What does seem clear is that having a woman-led company doesn’t appear to be a source of alpha.

In general, if someone tries to sell you on an investment based on a moral fashion, hold on to your wallet.