Hello, Slopers. I’m typing this late on Tuesday night. At the risk of unnecessarily embarrassing myself, I’ll go ahead and apologize for having some downtime Tuesday evening. Not to drill down into the gory details, but we were upgrading our security certificate (SSL) since we have a few “edge” cases (like folks on mobile phones) where the SSL wasn’t working. Well, a nuclear bomb pretty much went off, and after some very intense work, we were back in business again. But I deeply apologize for anyone who was wondering where the site was Tuesday night.

So as for the markets, what’s absolutely crucial is bonds. I keep saying that, I know, but it’s only because I believe it so deeply. As horrible as the past week has been for bond bears like myself, NOTHING has altered my big picture view. The topping pattern is huge, and the long-term trendline is broken. Period. End of story. 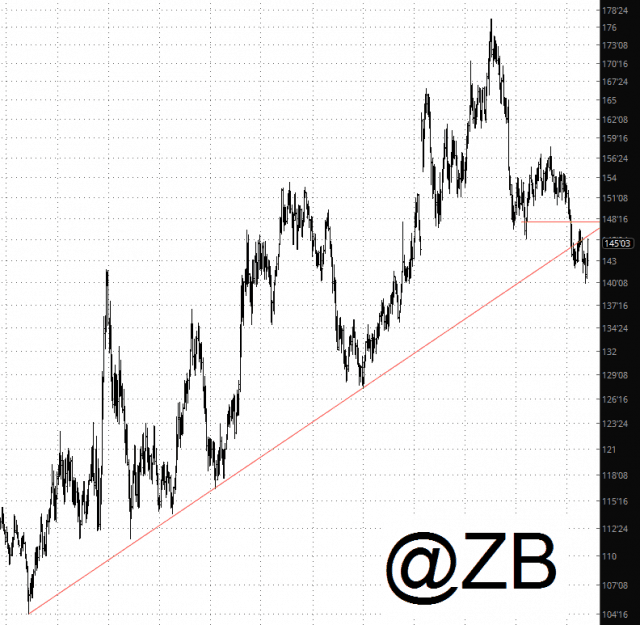 Looking closer, you can see the power that broken trendline has. The explosive and world-shaking rocket-launch of bond prices over the past week hasn’t accomplished a damn thing of import for the bulls, except for the most short-term traders. It has merely ripped prices back up to the underbelly of the trendline. My view is that it’s going to plummet once more, confounding just about everyone. 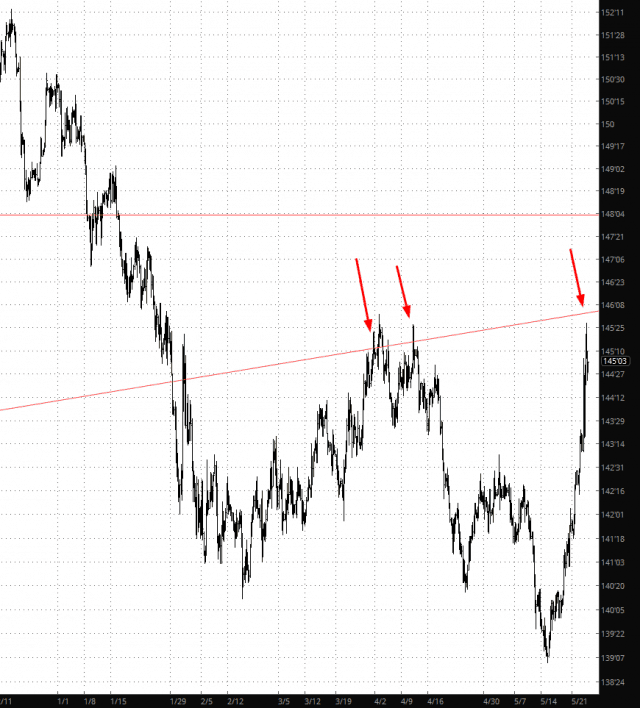 As an illustration of a market that has had a sea change – – – and an illustration of how powerful a downdraft can be – – look no further than the Euro. Let’s face it, Mario Draghi has plastered over the cancer throughout Europe with his insane money printing, but it WILL ultimately fail, and the cracks ARE beginning to show. Just look at this train wreck! 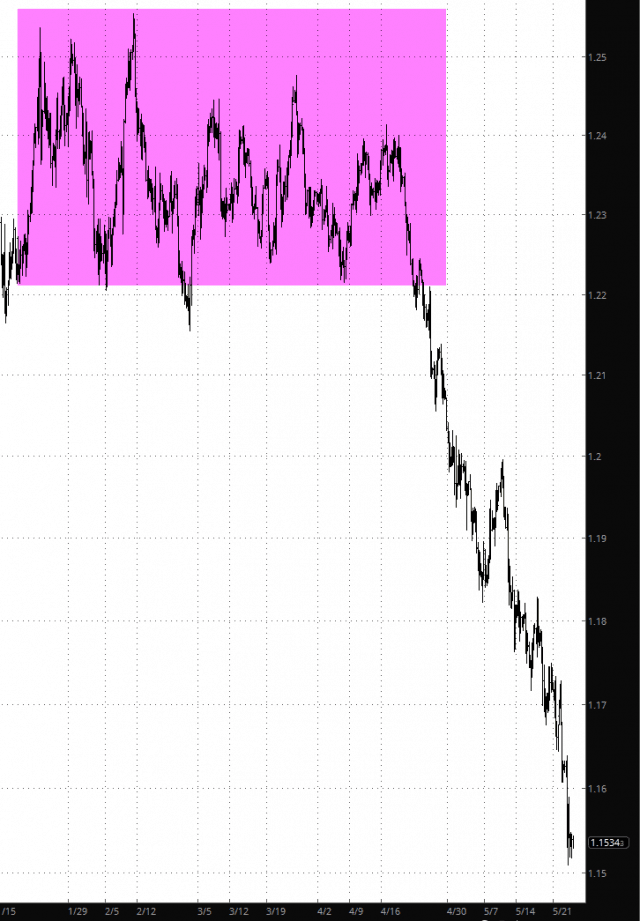 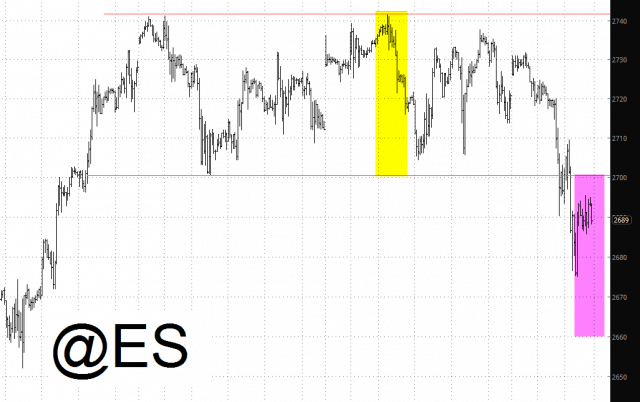