Below is a Daily chart of NQ. Overlayed are a number of lines, particularly a "pink diamond" formation that occurred during the first one-third of 2011, Fibonacci fanlines, several trendlines, and price levels.

Eventually the diamond broke to the downside and dropped to almost an identical level in height to that of the diamond (broken pink lines), nearly touched the 127.2% Fibonacci fanline (yellow), and pierced an extension of one of the diamond trendlines.

Price is approaching a similar measured move which, if it reaches it, would take it to 2616.50, where it would first be met by the 78.6% Fibonacci fanline (broken purple), and then up several points to 2620.25 which is the same height as that of the diamond. Should price pull back from that level, near-term support is back down at the top of the diamond at 2403. 50% of that move would take it down to 2500ish. 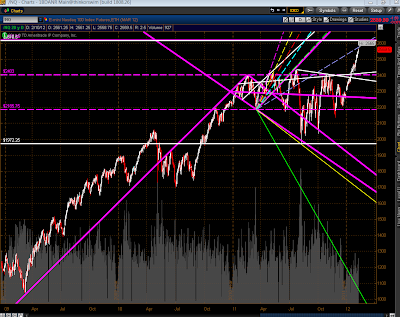 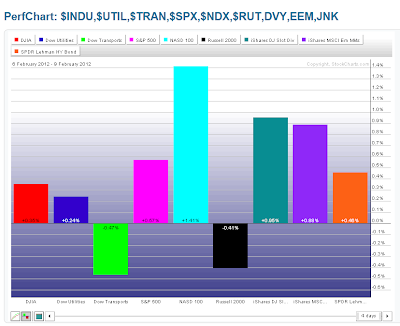 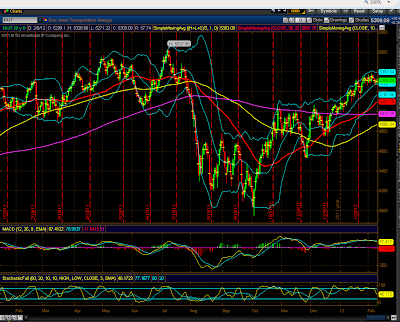