OK, Friday night owls (and Saturday morning slackers). I've got a project for you.

We've added a new feature to the awesome Slope Comments System which is available for alpha testing. It's here, and I've described the basics in the post itself.

Please try it out and pose some good questions (and answers!) Once this feature is launched for real, this will all be part of a permanent, growing database accessible from a separate page (so you will always have access to this Slope knowledge base).

Go forth and make me proud!

AAPL is one of a very few Nasdaq stocks in the green, so far, today. At the moment, it's trading at the +2 deviation of an uptrending regression channel following a large volume spike on yesterday's price action, as shown on the Daily chart below. As it approaches the 500 level, the indicators are pointing to an overbought situation…price may ultimately revert to the channel "mean." 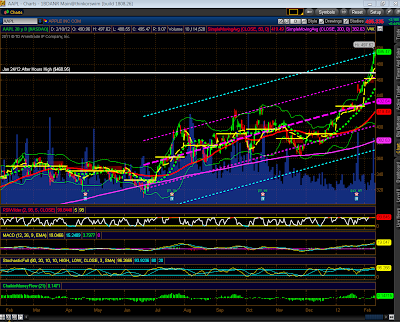 This may be what the NQ is waiting for before it pulls back by any significant amount, as I discussed in my February 9th post.

Data released today indicates that consumers are spending less as they anticipate lower prices, as shown on the two graphs below. 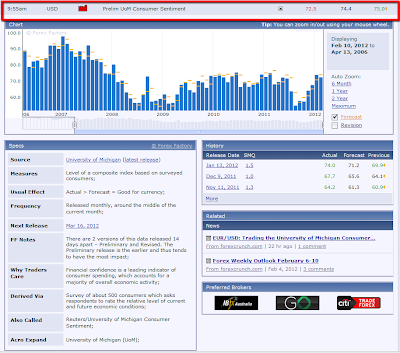 END_OF_DOCUMENT_TOKEN_TO_BE_REPLACED

As I mentioned yesterday the negative divergences have been building over the last few days and it appears that at the time of writing, equities are likely to gap down heavily on reports that the Greek deal is falling apart. I'm surprised by the Greek news I have to say, I was expecting it to last at least a week or two after being finalised, though against that, the deal is so obviously against the best interests of Greece, and has so much resistance to it there, that perhaps this is not such a surprising development after all.

Quite a few interesting charts this morning and I'll lead with a chart showing the daily bollinger bands on SPX, NDX and RUT. You can see how these indices have been walking the upper bollinger band upwards during this amazingly strong move, and if we are to see a retracement here, which seems likely, the obvious targets are the middle bollinger band in the 1320-5 area on SPX, with some strong support in the 1333 area, and rising channel support (marked) on NDX and RUT: