Each candle on the following five charts of the Major U.S. Indices represents a period of one year.

You can see at a glance that we’re still ensconced in a bull market that began in 2009 when the Fed first began their QE monetary policy.

In fact, both Tech indices closed at new all-time highs on Friday and haven’t experienced much of a pullback, so far, this year, compared with the other three relative to last year’s candle (thanks, in large part, to the FAANGs, as shown on the daily chartgrid below)…indicating that the bulls are still in charge of equities, overall. 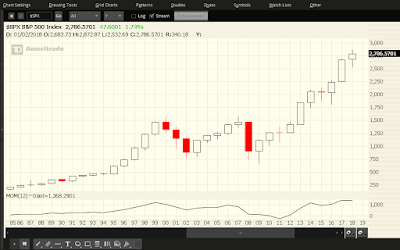 END_OF_DOCUMENT_TOKEN_TO_BE_REPLACED

I was in Los Angeles for the second weekend in a row, and I did something I do, on average, about one time every five years: walk into a McDonald’s. When I did, I saw something unusual: