Well, I’m glad the site is doing so well, because the markets over the past week have made me feel pretty lousy. It’s nice to at least have Slope humming along to comfort me.

I’d like to offer the following off-the-wall musings as a very different take on the market. It’s a disposition that many, many people share, and perhaps it would help me get in sync with the rest of the planet to actually type what everyone else is thinking. I submit this to be neither facetious nor wry. So here goes.

(1) Just as humanity as made sufficient advancements in technology to, for example, feed everyone on the planet, so, too, have we reached a sophistication in knowledge and financial management rendering bear markets permanently extinct. Yes, there will be occasional dips from time to time (see green tints), but these will swiftly be pushed aside by a new ascent. If a solid decade of evidence isn’t enough, I’m not sure what is. 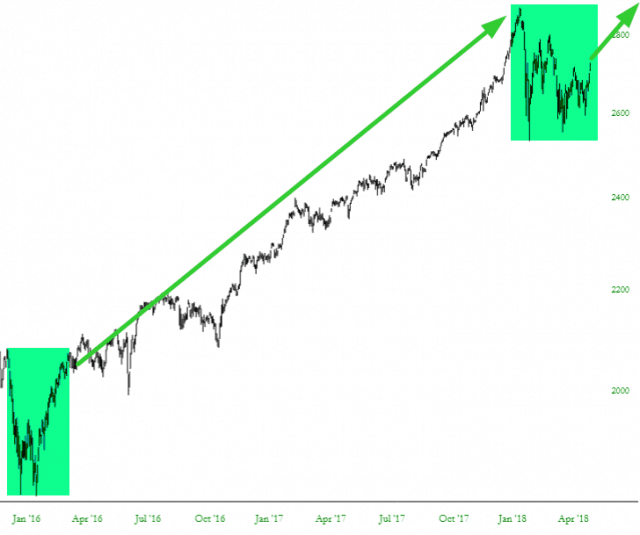 (2) Volatility is heading toward permanent death. The days of a VIX at 80, or 60, or 40 are gone. In extreme cases we might get into the 20s or, very briefly, low 30s, but the broad trend is downward, and the natural “home” for volatility is going to be in the single digits. 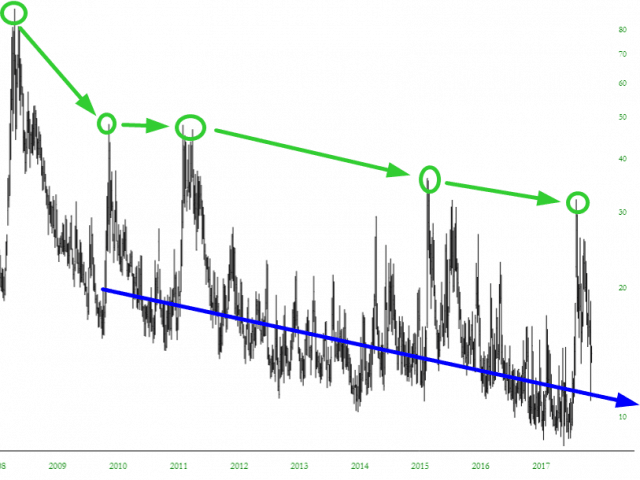 (3) The central banks have every reason to support the markets and zero reasons not to do so. It couldn’t be any plainer. The men and women behind these banks are 100% interested in asset inflation. End of story. Period. Tale is told. 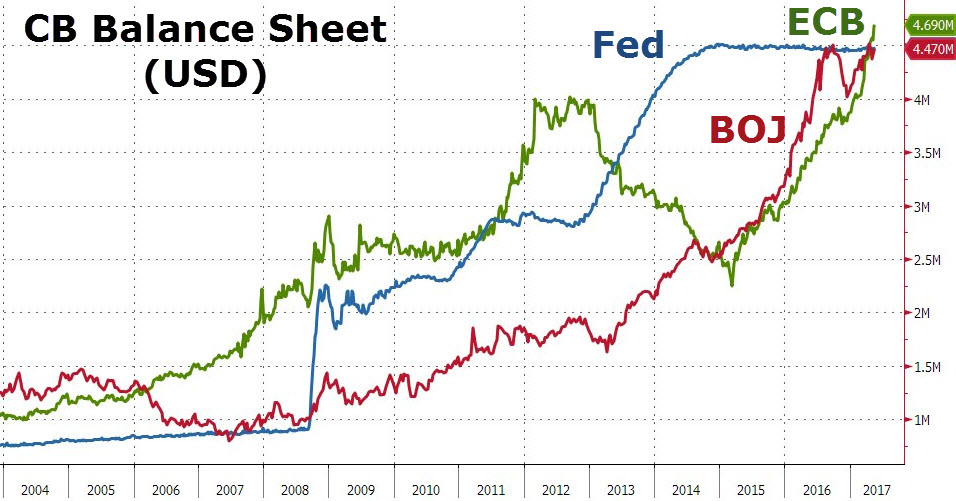 I would also to mention how this little story about how “the shadow state is going to let Trump take the fall” has obviously turned out to be a gigantic joke. There is no “secret deep state”, and the notion that Trump has “fallen” for anything is laughable. On the contrary, equity markets have roared higher, he has had one geopolitical success after another, and his popularity is reaching such heights that the Democrats might consider suicide before the midterms kick in.

So maybe the best approach is to do what I’ve done with the Bay Area real estate (whose SlopeChart of my specific neighborhood is shown below). Sit on my ass and do nothing. It’s made nothing but money, and in spite of naysayers who think prices are absolutely insane, it just goes up, year after year, crisis after crisis. Unstoppable. Unexplainable. And irreversible. 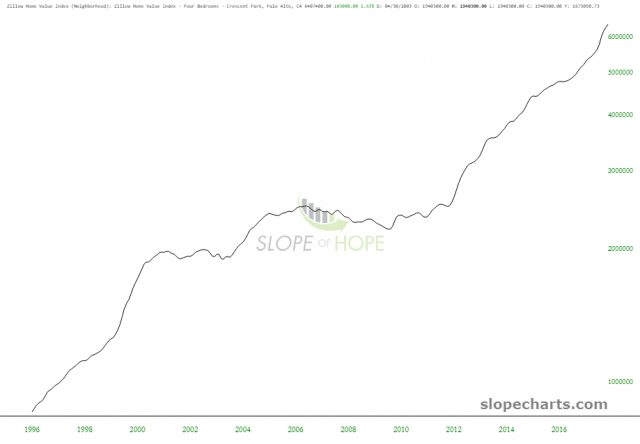